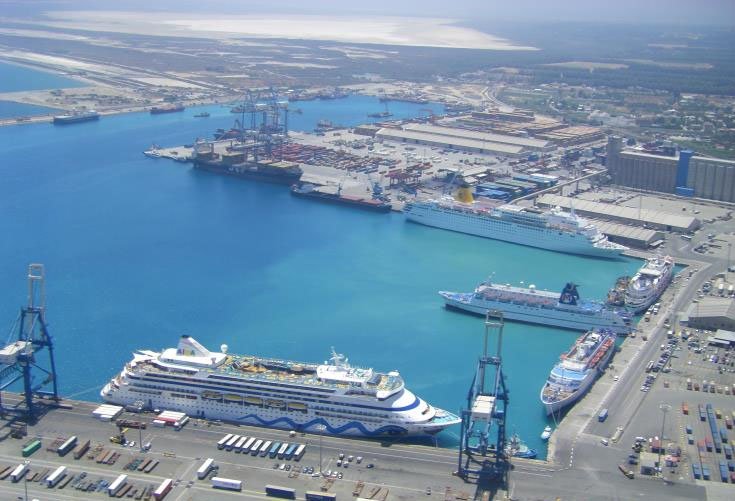 Cruise traffic to Limassol this year will be significantly up on 2021, with further growth projected for 2023, according to Nawaf Abdulla CEO of DP World Limassol, which operates the cruise terminal at Limassol port.

“As Cyprus gears up for the start of the tourist season, at DP World Limassol we remain optimistic over the sustained recovery of the island’s cruise industry which started last year,” he said.

DP World Limassol expects more than 150 cruise ship calls this year, with vessels either using its facilities as a layover, homeport or port of call. This is substantially up on 2021 when Limassol port welcomed approximately 90 cruise ships.

“As such, 2022 is turning out to be better for the island’s maritime tourism. And this upward trend is expected to continue into 2023,” he added.

Despite a difficult 2020 due to the pandemic, in 2021 the company managed to bolster its partnerships with leading global cruise lines, with figures almost as good as 2019, when 107 cruise ships approached Limassol.

In another positive development, Royal Caribbean recently announced that after last year’s success when Limassol served as its home port, its 2,400-passenger Rhapsody of the Seas will carry out a series of seven-day trips from Limassol to the Greek islands during August and September 2022.

“The fact that leading cruise lines like Royal Caribbean trust Limassol port as their home port is the biggest recognition of DP World Limassol and the government’s efforts to improve the cruise sector’s competitiveness, synergies, and destination offerings, transforming it into a leading homeport and hub for cruise ships in the Eastern Mediterranean,” he said.

The cruise terminal at the port represents a significant improvement in infrastructure and services and provides an excellent experience to visitors and cruise lines while contributing to the sustainable growth of Cyprus’ tourism, he added.

The upbeat outlook comes against the background of a higher passenger figures for April and May compared to last year for Larnaca and Paphos airports, pointing to a better year for tourism overall.

In the upside forecast, passenger volume is expected to recover to 101 per cent of 2019 levels a year earlier, by the end of 2022.

“At DP World Limassol, we are proud to have an active role in the country’s economic growth, and we continue to work closely with the deputy ministry of tourism, local tourist agents, as well as the municipality to better utilise opportunities in a bid to further develop the tourism industry,” the CEO said.

And he concluded: “We are especially excited for what the future holds for Cyprus’ cruise tourism, and believe that with targeted and collective efforts, we will be able to turn Limassol port into a top cruise hub in the Eastern Mediterranean.”