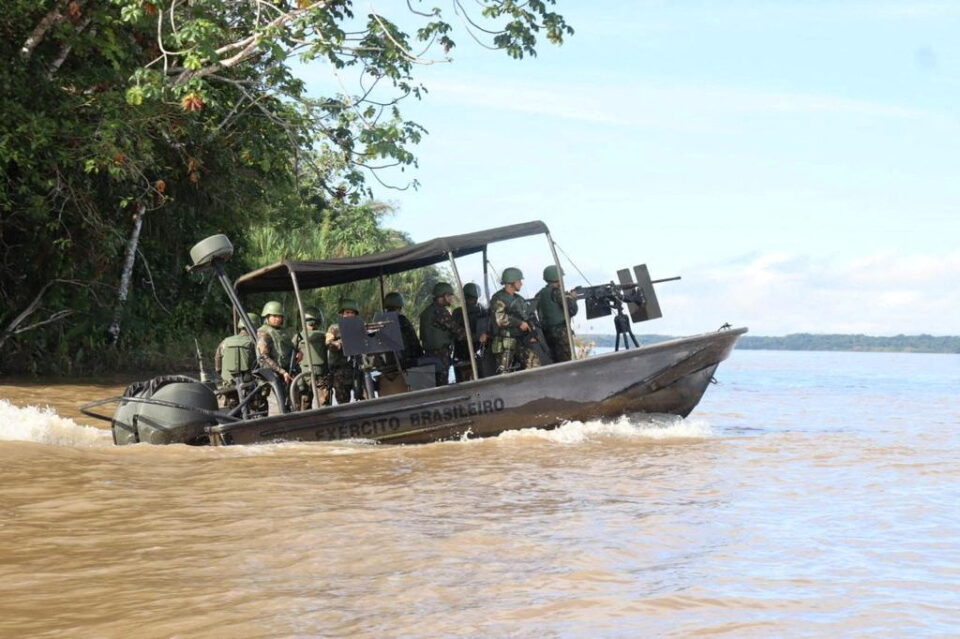 A search team looks for British journalist Dom Phillips and indigenous expert Bruno Pereira, who went missing while reporting in a remote and lawless part of the Amazon rainforest near the border with Peru, in Javari Valley, Brazil, June 5, 2022 in this still image from a video. Video recorded June 5, 2022. Brazilian Ministry Of Defense/Handout via REUTERS??THIS IMAGE HAS BEEN SUPPLIED BY A THIRD PARTY. MANDATORY CREDIT. NO RESALES. NO ARCHIVES.

Brazil‘s Navy on Monday dispatched a crew of ten people to search for British journalist Dom Phillips and indigenous expert Bruno Pereira who went missing while reporting in a remote and lawless part of the Amazon rainforest near the border with Peru.

Phillips, 57, a freelancer who has written about Brazil for The Guardian, The Washington Post, The New York Times and others, was on a reporting trip in the Javari Valley with Pereira, one of Brazil‘s most knowledgeable experts on isolated and uncontacted tribes.

The Javari is home to the most uncontacted indigenous people in the world, covering an area the size of Ireland. It is under threat from illegal miners, loggers, hunters and, increasingly, coca-growing groups that produce the raw material for cocaine.

Navy spokeswoman Cibelly Lopes, in the Brazilian border city of Tabatinga, said the Navy search team would arrive at the isolated base of Atalaia do Norte around 7 p.m. local time (2200 GMT), before heading to the riverside community Sao Gabriel, where the two men were last seen early on Sunday.

Brazil‘s federal police said they were also working to locate the pair. A senior federal police officer in Tabatinga said on Monday afternoon that the force had sent its own search party, adding that there was still no information on their whereabouts or even a hypothesis about what could have happened.

Brazil‘s presidential frontrunner Luiz Inacio Lula da Silva, a leftist former president, noted the disappearance of Phillips and Pereira on Twitter, adding “I hope they are found soon, (and) that they are safe and well.”

In a detailed statement about the disappearance of the men, the Union of Indigenous Peoples of the Javari Valley (UNIVAJA) said threats had been received in recent days. It was not clear if the threats were to UNIVAJA members or to Phillips and Pereira.

Survival International, an NGO that defends tribal peoples, said Pereira had received threats because of his many years of work with indigenous tribes “which makes the need for immediate action to locate him and Dom all the more pressing.”

Carlos Martinez de la Serna, director at the Committee to Protect Journalists in New York, said in a statement that the disappearance of Phillips was “extremely concerning,” and urged Brazilian authorities to locate the two men quickly.

“Journalists reporting on Indigenous issues are doing critical work, and must be able to do so without fearing for their safety,” he said.

UNIVAJA said the two men were traveling in a small boat, but the area was hard to penetrate due to dense forest and floating plants and vines. Two UNIVAJA search parties had been dispatched to look for them.

A spokesperson for Britain’s foreign office said it was in contact with Brazilian authorities.

Ireland and Cyprus discuss growing migrant flows to the island