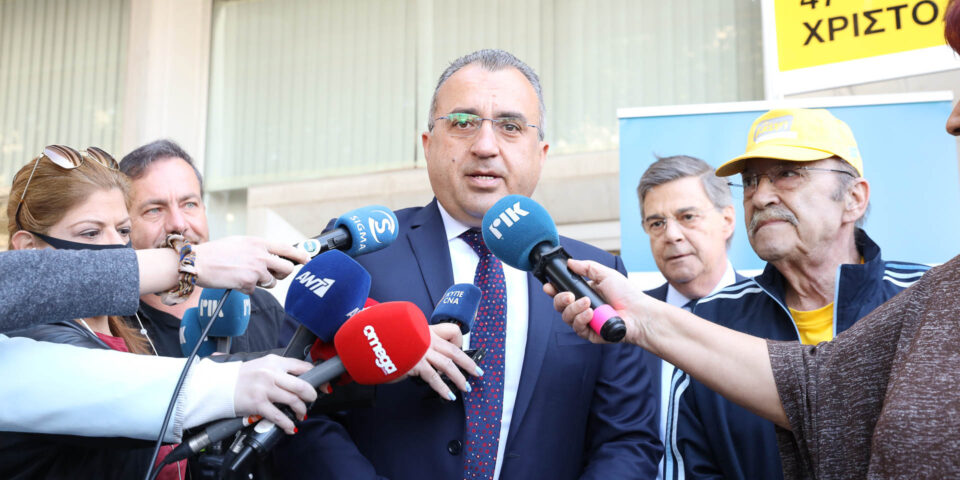 Health Minister Michalis Hadjipantela expressed his concern on Wednesday over the rising number of people testing positive for Covid-19, adding that decisions will be taken according to the number of hospitalisations.

He said that the ministry will study the current data and will review the situation in the next few days, depending on the hospitalisations, but explained that reimposing an indoor mask mandate would be difficult.

Asked about reimposing masks indoors, Hadjipantela said that the issue has been discussed.

“Our concern is whether the public would abide by the measure,” the health minister said. He added that there are other ways in which to raise awareness among the public.

Government advisor Petros Karayiannis, who was asked whether the restrictions will return, said that “at the moment the scenario is unlikely.”

“That is unless hospitalisations rise significantly, which again I don’t see happening.”

He did, however, urge the public to wear their masks.

“It’s not an issue for people to wear masks for a little while indoors and then take them off.”

During his comments to state broadcaster CyBC, Hadjipantela said that he met with his Israeli counterpart on Tuesday and the rising infections were part of their discussion, noting that Israel has been experiencing a considerable spike in cases over the past few weeks.

Another point of discussion in recent days has been the issue of tests, as the government’s rapid test programme has been significantly scaled back.

“Rapid tests are also going to be an issue – whether there must be targeted testing or perhaps in some groups of the population,” he explained.

Karayiannis explained that the ‘outbreak’ is due to the Omicron BA5 which was first identified in Cyprus five weeks ago, but at that time accounted for under one per cent of confirmed infections.

Since then, however, it has risen to 19 per cent of infections within three to four weeks, as of ten days ago, with Karayiannis estimating that it may have now reached up to 40 per cent.

The government advisor further detailed that such increases have been recorded in many other countries, such as the US, England, France and Portugal – which he said had been enjoying an excellent epidemiological balance.

Karayiannis also said that reinfections are now more common with BA4 and BA5, with repeated infections previously accounting for 15 per cent but are now estimated to be higher than that.

He expressed the hope that the situation will improve by September, a period which he had previously stated his concern over, reasoning that the current wave is simply unfolding earlier than anticipated.

According to the health ministry’s latest weekly report, issued last Friday, 3,470 people tested positive from a total of 53,416 tests.

Members of the government’s Covid-19 advisory group have emphasised that infections are likely far higher, given that most people are not currently undertaking tests.

The report further stated that there were 34 coronavirus patients receiving treatment at state institutions.

As of the last report, the Republic has confirmed 1,070 deaths attributed to Covid-19.

Two malicious fires break out at Pournara centre within 24 hours