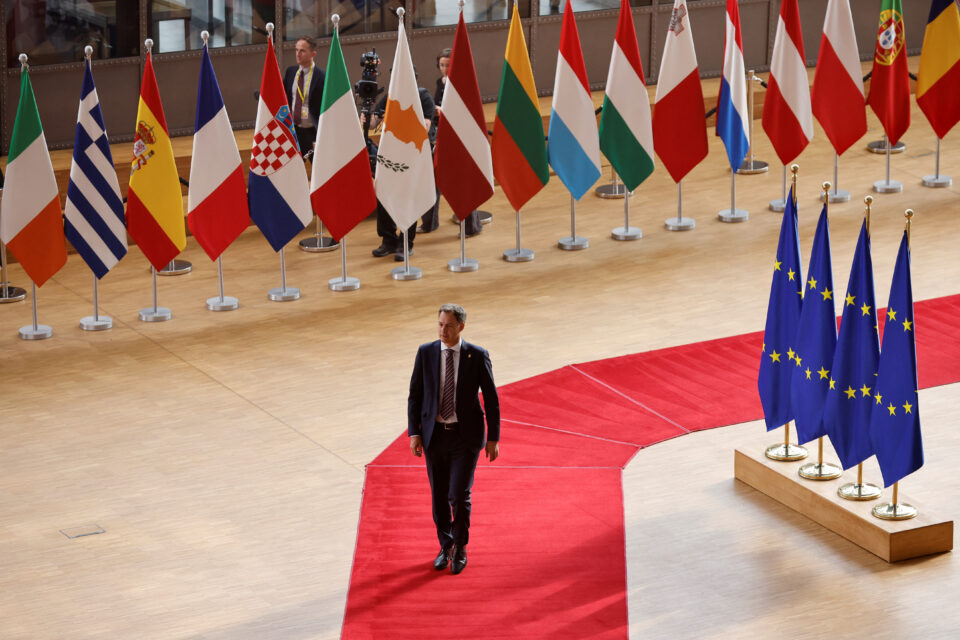 EU leaders will later today discuss how the bloc would cope without Russian gas, and are expected to accuse Moscow of “weaponising” energy via a supply squeeze that Germany warned could partially shut down its industry this winter.

A day after celebrations over setting Kiev on the road to membership of the bloc, Friday’s summit in Brussels is set to be a sober reflection on the economic impact of Russia’s invasion of Ukraine.

Leaders of the 27 European Union nations will, according to a draft summit statement seen by Reuters, place the blame for soaring inflation and sagging global growth on the war that began exactly four months ago.

Following unprecedented Western sanctions imposed over the invasion, a dozen European countries have so far been thumped by cuts in gas flows from Russia, triggering a frantic search for alternative supplies across the bloc.

“It is only a matter of time before the Russians close down all gas shipments,” said one EU official ahead of Friday’s talks.

German Economy Minister Robert Habeck warned his country was heading for a gas shortage if Russian supplies remained as low as currently, and some industries would have to be shut down come the winter.

“Companies would have to stop production, lay off their workers, supply chains would collapse, people would go into debt to pay their heating bills,” he told Der Spiegel magazine, adding it was part of Russian President Vladimir Putin’s strategy to divide the country.

Italian newspapers reported on Friday that Rome had called for EU leaders to reconvene for an exceptional mid-July meeting to discuss a possible price cap on Russian gas for which Italian Prime Minister Mario Draghi has been pushing.

According to Friday’s draft, leaders will call on the EU’s executive to come up with energy supply solutions in response to Moscow’s “weaponisation” of gas imports.

They will also stress their economies remain fundamentally strong and pledge to stay united in response to challenges posed by the war, which Moscow calls a “special military operation”.

The bloc responded to the war with uncharacteristic speed and unity, even though some sanctions, such as a planned embargo on Russian oil imports, will have repercussions on its economies.

Inflation in the 19 countries sharing the euro currency has shot to all-time highs above 8% and the EU’s executive expects economic growth to dip to 2.7% this year.

In their statement, the leaders will request the Commission seek to secure energy supply at affordable prices.

The Commission has so far not produced any proposals as the issue is highly complex and divisive, with some countries believing import prices could disrupt the market and exacerbate the situation.