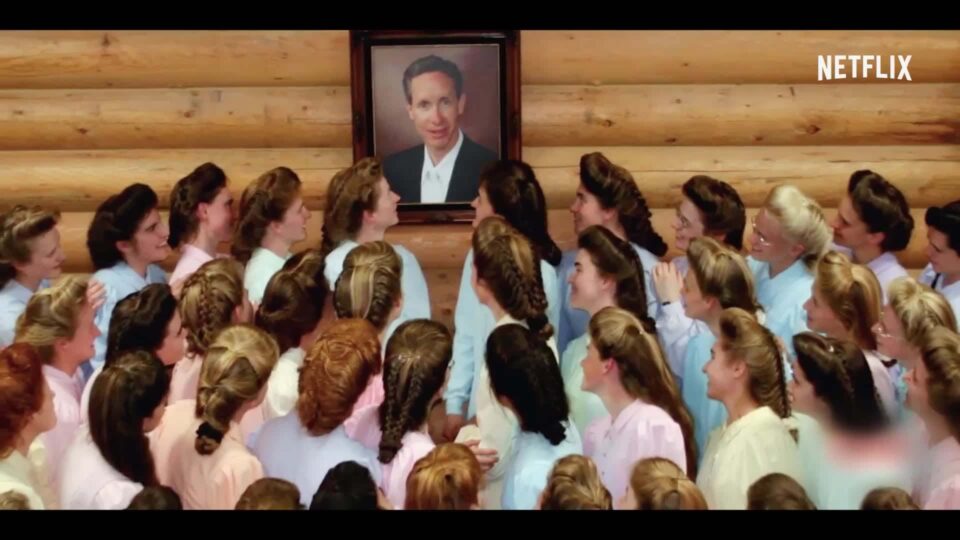 Documentaries about extreme ways of life can be a fascinating, if troubling, watch says CONSTANTINOS PSILLIDES

Cults and religious extremism fascinate me. I know, not the healthiest of obsessions, but watching how people can suspend logic to the degree that they willingly become victims to those who are obviously psychopathic and deranged is an amazing insight into the human psyche.

Some people are willing to sacrifice everything just so they can have a leader. Even if that leader is a terrifying monster.

Then you get those who grow up in such cults. Who are schooled, educated and taught to believe things that to everyone else are ludicrous but to them are the foundation of their identity, rooted so deep they can never truly escape. That, and you know, the horrific crime and abuse that usually takes place in cult compounds.

My interest isn’t just morbid fascination. By studying cult practices and methods one can easily spot them and recognise them for what they are. The anti-vax movement is a perfect example of a modern-day cult.

Following the drop of Keep Sweet, Pray and Obey on Netflix, my cult fascination was rekindled so here are some more documentaries to watch on the platform.

Even if you don’t know who Rajneesh is, you most definitely know him by his other name: Osho. He was a new age guru personally responsible for most faux-spiritualistic, eastern philosophy tropes out there. Yoga pants as well.

Wild Wild Country is a six-part documentary that tells the story of Rajneesh and his devoted followers in the US. Chased away from India, Rajneesh arrives in the US to spread his message and founded a city in Oregon in the middle of nowhere.

Well, not exactly nowhere. There was a town nearby. And both the residents and the US Federal government didn’t like a hippie compound in their backyard. What followed was absolute insanity and it included terrorism, city bombings, an arms race and an attempt against the life of a US district attorney.

Here’s all you need to know about this six-part documentary: it’s the story of a one-eyed Nazi paedophile torturer who murdered Santa Claus.

Colonia Dignidad is a cult that was based in Chile, run by Paul Schafer, a paranoid monster looking for a way to dominate people and quench his thirst for very young girls. This one is a hard watch as the crimes carried out in that compound (including the murder of political dissidents) are truly despicable.

Hailed by the likes of Oprah for his “spiritual healing” and “unexplainable medical abilities”, Joao Texeira de Faria, also known as John of God, was a rock star for the alternative medicine community, performing surgical procedures without anaesthetic and healing people by laying his hands on them. John was everything these people wanted: he rejected the despised “western medicine” and healed by channelling his faith in God.

Also, he sexually abused over 600 women.

John of God was of course no healer but his worldwide publicity (made possible by his two appearances on Oprah’s show) allowed him to become filthy rich and give in to his filthiest fantasies. A harrowing documentary, John of God is a case study of celebrity worship and how that can be twisted into a terrible story.

The discussion among scientists of nature versus nurture is ongoing, but I’m pretty sure that if one grows up with a religious fanatic with 20 wives, one is not going to end up ok. Such is the case of Warren Jeffs, the son of pastor Rulon Jeffs, who ended up in a compound with 87 wives and where sexual abuse and molestation were rampant.

Leader of the Fundamentalist Church of Jesus Christ of Latter-Day Saints, a more hardcore off-shoot of the Mormon faith, Jeffs was a firm believer in polygamy and keeping women subservient.

It did not end well.

Again, this is a hard watch. Be advised and proceed at your own risk.

Frezyderm’s On The Move sunscreen mist a summer must