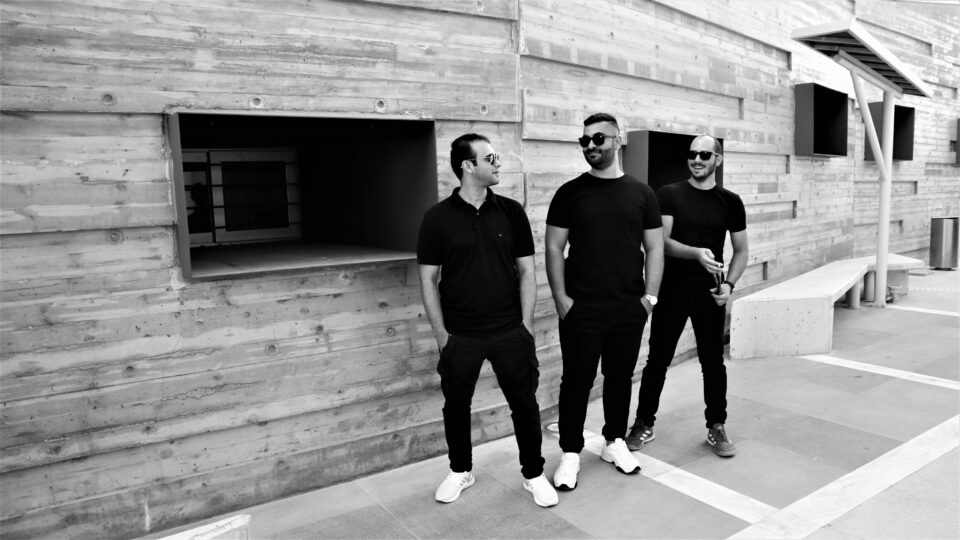 A cover band might conjure up images of a mundane act that performs at wedding after wedding with little fanfare. But, as with any impersonation act, some embrace the role more than others. These well-trained performers serve as a reminder of true excellence while also providing an opportunity to see something nearly as wonderful as the main act itself. It is also an opportunity to hear the music of hall-of-famers who charge an arm and a leg to perform live, or for icons who are no longer alive.

For all the budding music enthusiasts, finding a niche band one can connect with is magical. The Crew has already established itself as a popular band in Cyprus, bringing a unique touch to well-known English and Greek songs. The three-piece band’s vast sound is a refreshing take on a variety of musical genres, producing remarkable work that is both qualitative and delightful to listen to.

Founding member Alexandros Tsangarides and guitarist Nikos Baliakos were childhood friends who were attempting to figure out where their passion for music would lead them. They decided to join forces to pursue their ambition of being a cover band less than a decade ago, and with the addition of drummer Alex Sophocleous, the duo became a cover band of three.

The Crew is now a highly successful cover band that strives for perfection, fine-tuning their sound, honing their stage presence, and carefully selecting a repertoire that will keep fans entertained. “It’s all about the music,” Tsangarides said. “It is not about the views.”

Tsangarides studied classical piano since he was a child, and holds a Grade 8 in piano, musical theory and vocals. Having developed his score reading to a high level, and further developed his composition skills relating to his instrument and voice, he is the band’s lead vocalist, setting his voice against the accompaniment parts of the ensemble as the primary sound. “I often get to choose the songs we perform; however, I always value the other members’ input.”

In terms of sound and repertoire, guitarist Baliakos ensures that the sound production, including the music scores, is flawless. Baliakos, like Tsangarides, has a Grade 8 degree in musical theory and singing, but it is his obsession with the guitar that allows him to express his soul on stage. “In my opinion, the guitar is the only instrument that allows me to shed my skin, propelling me from pop-rock to strong ballads and everything in between.”

Drummer Sophocleous is the “free-spirited” of the three, according to Tsangarides and Baliakos. “Alex is the one who usually calms our nerves by making us laugh before every gig, sometimes even while we are performing on stage,” Tsangarides told Living. “Alex may perhaps be described as the glue that holds the band together.”

The Crew’s repertoire consists primarily of pop-rock songs, although they make every effort to include their trademark flair into every song they perform. “We like jazzy vibes, too, and our audience can always expect to hear our unique approach, especially during live performances,” Tsangarides said. “Every band member has their own point of reference when it comes to musical influences. I believe that is what differentiates us from other cover bands, because the music we play is influenced by jazz, modern pop, classic rock, and blues elements, all blended together in one massive melting pot.”

When it comes to mainstream music, the band believes that both quality and content have deteriorated significantly in recent years. “Almost everyone can download an application on their laptop that will allow them to mix a few beats together and generate a music number,” Tsangarides said. “What is even more surprising is the level of fandom that this style of music attracts, as well as the huge sums of money that are generated.”

That is not to say that The Crew’s three members think all commercial music is awful. “There are a lot of bands out there making good music, but you have to look for them.”

Having performed live at various events and festivals across the island, The Crew has established an audience that instantly identifies with their unique sound, and those unfamiliar with their music typically leave their concerts entertained and hooked. “We want the audience to have a good time, appreciate the music, and be receptive to our interpretations of the songs.”

In the coming months, the band is gearing up to enter the recording studio and produce an original collection of work that fully represents them. “We have done some original work in the past; however, it did not represent the sound we were doing at the time,” Tsangarides said. “The band has matured enormously over the years, and we are finally ready to share our signature style of music with the world.”