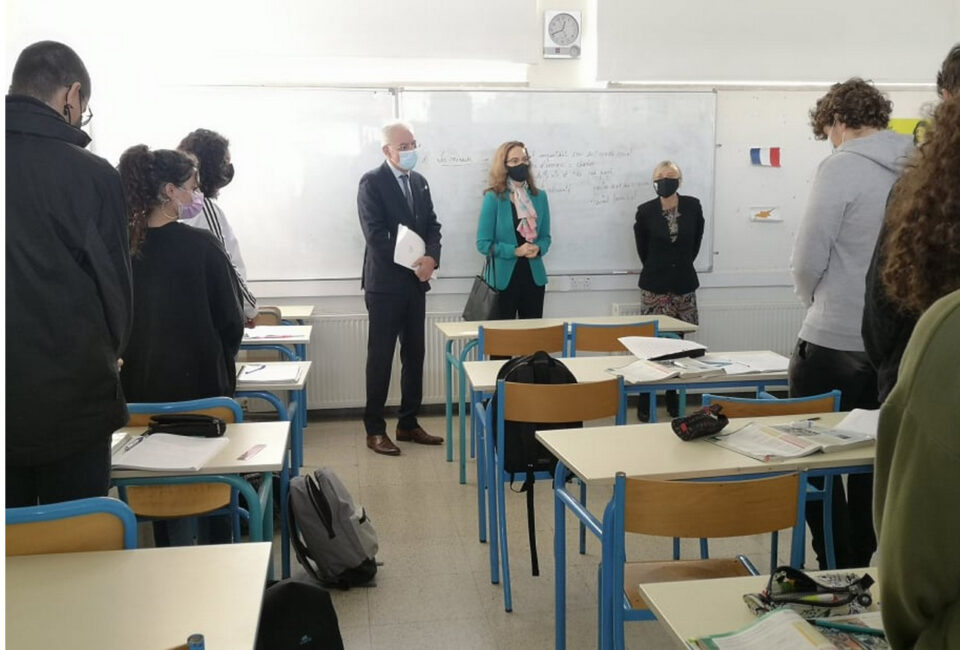 The House education committee on Wednesday discussed a bill drafted by the education ministry that would change legislation concerning the way students are assessed at state secondary schools.

Education Minister Prodromos Prodromou said the proposal incorporates suggestions made by members of the committee on the subject.

“After the experience we have gained in the gradual implementation of the new assessment process, and considering the extended dialogue that has been unfolding this whole time, we came to adopt some suggestions made by MPs, which are now before the committee for consideration,” he said.

Prodromou said the first proposal limits the scope of examined subjects to lighten the load of written assessments. The second proposes one written exercise per four-hour lesson, to replace tests.

“The ministry considers that these changes can contribute to improvements in the way schools are run,” by enabling a better distribution between teaching and assessment time, Prodromou said.

“This way, less time will be dedicated to written assessments”.

The minister stressed that decisions need to be made now, as the situation is urgent.

“It is of course up to the committee whether to approve these proposals, which have been approved by the education ministry, or leave things as is,” he said.

“If any changes are to be made, decisions need to happen now so that both the pupils and their teachers know what’s going on when schools reopen in September,” he added.

At the same time, he rubbished claims by teaching union Oelmek that they were not invited to any meetings on the subject, saying the union was part of five meetings between February and May, where they were informed of the ministry’s intentions to make changes.

Oelmek head Constantinos Constantinopoulos said that while the union had attempted to start a dialogue on twice-yearly exams, their request was not accepted by the ministry.

He said he was dissatisfied at the lack of consultation on which subjects will be cut from the exams list, noting that the bill suggests no changes for the last grade of lyceum, “which suffers particularly during exams,” and offers no reasoning for the changes.

Last week, the union came forward with statements opposing the proposals, saying they will not solve the issues at hand and will undercut the quality of the curriculum.

Committee chair Pavlos Mylonas said that the bill submitted by the ministry is to a large extent the result of consultation with all parties except Akel, which disagrees with twice-yearly exams, adding that decisions will be made by the committee next week.

He also rubbished claims about a lack of consultation, saying that “for the past two years we have done nothing but discuss the twice-yearly exams”.

He too stressed that the time for changes is now, lest the issue becomes a bargaining chip in the presidential elections.

Mylonas called on political forces to proceed with amendments to improve the bill as much as possible.