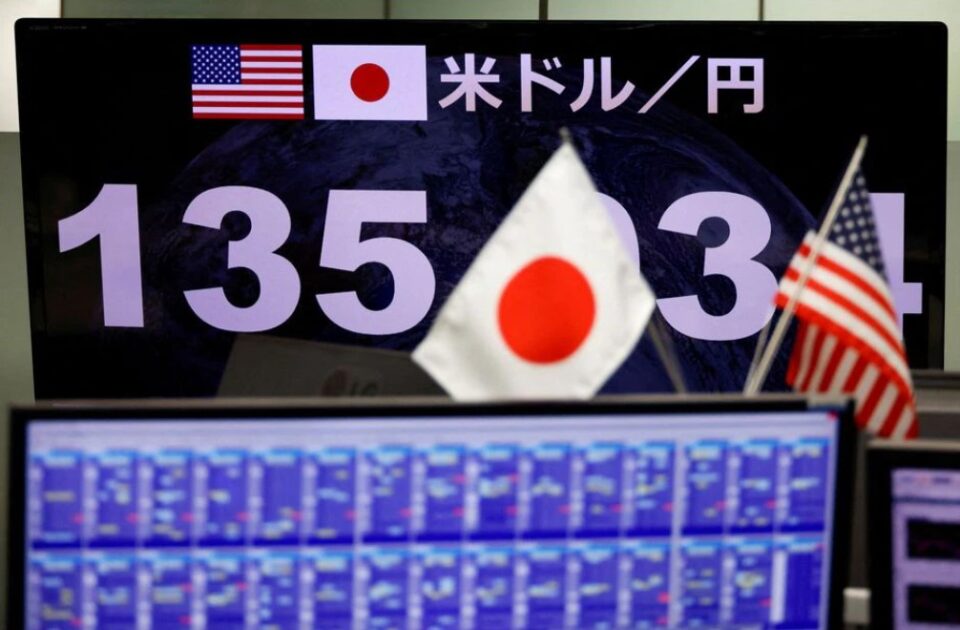 Investors knew that, after two years of COVID-19 chaos, 2022 would be a bumpy ride, but nobody expected this – the most turbulent first-half global markets have ever seen.

To grasp just how torrid things have been, consider two things. MSCI’s 47-country world stocks index (.MIWD00000PUS) has suffered its biggest H1 drop since its creation in 1990.

At the same time, 10-year US Treasury bonds – the benchmark of global borrowing markets and traditional go-to asset in troubled times – have had their worst first half since 1788.

Why? Russia’s invasion of Ukraine supercharged what was already fast-rising inflation, forcing the big central banks to jack up interest rates and politicians to warn of new world orders.

The result? A $13 trillion wipeout in world stocks, a 15.5 per cent plunge Japan’s yen, Italy’s worst rout since the eurozone crisis, and what is shaping up to be the strongest commodities rally since World War I.

Add to that Russia being gouged out the global financial system, that country’s sovereign credit rating downgrade (the biggest ever seen), widespread crypto and big-tech carnage, and worsening recession jitters.

“It’s pretty much the perfect storm” said William Blair’s Daniel Wood, a portfolio manager in emerging market debt, which is also having its worst ever first half. “Volatility has gone through the roof.”

The drama kicked in as soon it became clear that COVID wasn’t going to shutter the global economy again and that the world’s most influential central bank, the US Federal Reserve, was serious about raising interest rates.

Those 10-year Treasury yields that drive world borrowing costs leapt from less than 1.5 per cent to 1.8 per cent, knocking 5 per cent off MSCI’s world stocks index in January alone.

Fast forward and that yield is now at 3.1 per cent and stocks are down 20 per cent. Inflation is at a 40-year high and the Fed is set for its fastest course of interest rate rises since 1994.

Treasuries have lost more than 13 per cent, the most since the US constitution was ratified in 1788, according to Deutsche Bank; Italy’s bonds have haemorrhaged 25 per cent in preparation for the European Central Bank’s first rate hike in over a decade; and emerging-market debt is down nearly 20 per cent.

“Government bonds are not expected to lose over 10 per cent in six months,” JPMorgan Asset Management global strategist Hugh Gimber said. “This is unfamiliar territory for most investors. Central banks have seen markets come under pressure and haven’t reacted. That is what is different.”

Potent strength in the dollar has seen it rise 9 per cent against a basket of the main world currencies in the first half, and it is up by a far larger 15.5 per cent against the Japanese yen, which has been left at its weakest level since 1998.

Turkey’s self-inflicted inflation and policy problems have cost the lira another 20 per cent. Egypt, among the largest wheat importers, has been forced to devalue its currency more than 15 per cent, while at the other end of the spectrum the Russian rouble is, on paper, up 40 per cent.

This is not an accurate reflection of its value, however, because Western sanctions over the “special military operation” in Ukraine and Russia’s domestic capital controls mean the currency can’t be freely traded anymore. In fact, only two currencies are higher against the dollar with any certainty – Brazil’s real and Mexico’s peso, up 6 per cent and 2 per cent, respectively.

Crypto markets have been hammered meanwhile by the recent collapses of the TerraUSD and Luna “stablecoins”, and this quarter’s 55 per cent bitcoin slump.

In many ways, it is all down to commodity markets, where 50 per cent and 60 per cent rises in oil and gas are fuelling global inflation.

This has been the biggest H1 gain for crude since 2009. But to that add 20 per cent and 30 per cent jumps in wheat and corn and some violent squeezes in metals. So BofA estimates that commodities as a pack are on course for their best year since 1915.

Recession angst is starting to gnaw, however. Copper is down nearly 20 per cent since March, which is its biggest quarterly fall since early 2020’s pandemic plunge, and tightly squeezed nickel and zinc have decompressed 20 per cent and 25 per cent respectively.

BofA commodity analyst Michael Widmer says more volatility is likely, largely because of limited supply. “The next 6 months are going to be particularly problematic,” he warned.

Some, though, are trying to see the positives.

Beaten-up Chinese stocks are on the cusp of the traditional definition of a bull market, since they’re up almost 20 per cent from their trough.

Deutsche Bank’s Jim Reid, meanwhile, found that the five worst H1 performances for the US S&P 500 before this year’s near 20 per cent slump had all been followed by big bounces.