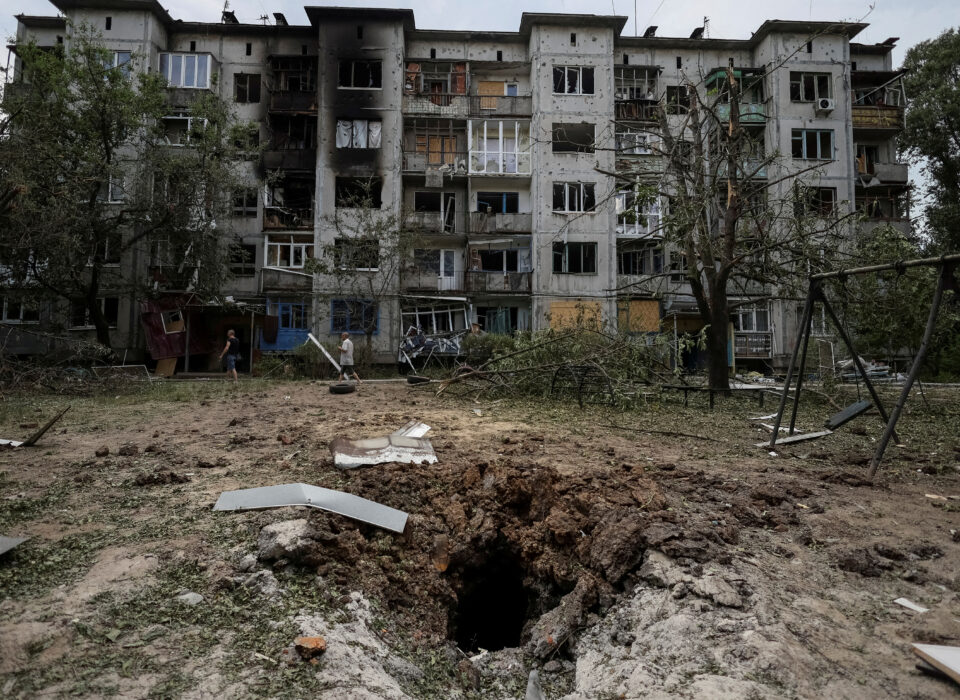 File photo: A building destroyed in a missile strike

Russia will shift the main focus of its war in Ukraine to trying to seize all of the Donetsk region after capturing neighbouring Luhansk, the Luhansk region’s governor said on Monday.

Governor Serhiy Gaidai told Reuters in an interview that he expected the city of Sloviansk and the town of Bakhmut in particular to come under heavy attack as Russia tries to take full control of what is known as the Donbas in eastern Ukraine.

Russia says it has established full control over the Luhansk region following a withdrawal by Ukrainian forces from the bombed-out city of Lysychansk though Gaidai said fighting continued in two small villages.

“The loss of the Luhansk region is painful because it is the territory of Ukraine. For me personally, this is special. This is the homeland where I was born and I am also the head of the region,” Gaidai said.

“In terms of the military, it is bad to leave positions, but there is nothing critical. We need to win the war, not the battle for Lysychansk,” he said. “It hurts a lot, but it’s not losing the war.”

He said the withdrawal from Lysychansk had been “centralised” and orderly, and was necessary to save the lives of Ukrainian soldiers who were in danger of being surrounded.

“They (Russian forces) will not transfer 100% of their troops to some front because they need to hold the line. If they leave their positions, then ours can carry out some kind of counter-offensive,” Gaidai said.

“Still, for them goal number 1 is the Donetsk region. Sloviansk and Bakhmut will come under attack – Bakhmut has already started being shelled very hard.”

Since abandoning an assault on the capital Kyiv, Russia has concentrated its military operation on the industrial Donbas heartland that comprises Luhansk and Donetsk, where Moscow-backed separatist proxies have been fighting Ukraine since 2014.

Bakhmut, Sloviansk and nearby Kramatorsk lie southwest of Lysychansk, and are the main urban areas holding out against Russian forces in Donetsk.

Gaidai said the weeks-long battle for Lysychansk had drawn in Russian troops that could have been fighting on other fronts, and had given Ukraine’s forces time to build fortifications in the Donetsk region to make it “harder for the Russians there”.

“The (Russian) tactics will be the same. They will shoot at everything with their artillery, but it will be difficult for them to move forward,” he said.

Reiterating Ukrainian calls for more arms from Western allies, who had “understood too late” what was happening in Ukraine, Gaidai said his country’s forces could launch a counter-offensive when they had sufficient long-range weapons.

“They just shoot our positions around the clock from a distance,” he said.

Russia says its “special military operation” in Ukraine launched on Feb. 24 aims to protect Russian speakers from nationalists. Ukraine and its allies say this is a baseless pretext for a war of aggression aimed at seizing territory.