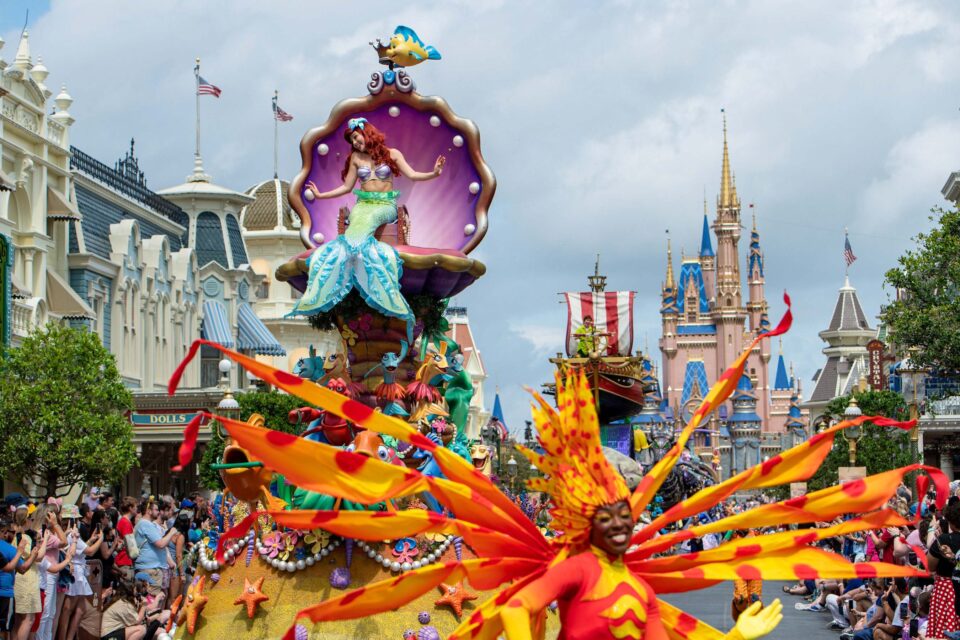 A modestly heaped plate of scrambled eggs, slow-roasted beef brisket and mouse-shaped waffles drizzled with glutinous maple syrup sits untouched in front of me as white-gloved hands knead knots of tension from my neck, then playfully pitter-patter along my shoulders.

Massages aren’t listed on the menu of the buffet-style breakfast at Chef Mickey’s, but Goofy, fresh from the kitchen with voluminous white hat and spiffy cyan neckerchief, is savouring a recent relaxation of social distancing protocols at Walt Disney World, which permits characters to interact directly with unmasked guests for the first time since March 2020.

Goofy’s gentle touch instantly reminds me how I took these moments of personal connection with childhood totems for granted. Subsequent meet-and-greets – including prolonged hugs from Mickey and Minnie – send trickles of saltwater gratitude down my sun-blushed cheeks. The return of one-on-one encounters at the Orlando resort is the glistening cherry on top of the ongoing 50th anniversary celebrations.

Shows that draw large crowds have also been reinstated. The seven elaborate floats of the Festival Of Fantasy Parade, led by the pageantry and pomp of Disney princesses, wind down Main Street twice daily.

An enhanced 50th anniversary version of the Mickey’s Magical Friendship Faire musical, performed up to five times a day on the Cinderella Castle Forecourt Stage in Magic Kingdom, incorporates scenes inspired by Frozen, The Princess and The Frog, and Tangled, and a new finale replete with Mickey, Minnie, Donald, Daisy and Goofy in celebratory iridescent attire.

Guardians Of The Galaxy: Cosmic Rewind, the longest fully enclosed roller coaster in any Disney theme park, is a centrepiece of the anniversary celebrations and I’m one of the first British travellers to experience the head rush of the resort’s first omnicoaster, which performs controlled rotations of five ride vehicles as they careen along an undulating track.

One of six groovy tracks from the 1970s and 1980s including a personal favourite, Conga by Miami Sound Machine, plays at random as the Starjumper evacuation shuttles blast back in time.

The reverse launch isn’t a sucker punch like Rock ‘n’ Roller Coaster Starring Aerosmith in Disney’s Hollywood Studios, which accelerates from 0 to 57mph in just under three seconds, but still feeds the need for speed.

Motion sickness could be an issue for some guests. After my first ride, I exit with a heady mix of exhilaration and dizzying disorientation. A second hurtle through star-lit darkness in quick session leaves me feeling mildly nauseous.

A sedate circuit of the Tomorrowland PeopleMover affords generous recovery time and elevated views of construction of the show-stopping Tron Lightcycle Run, a recreation of an eye-popping roller coaster at Shanghai Disney Resort.

The illuminated canopy, which protects the high-speed ride from the elements, is complete, confirming the white-knuckle experience will blast off before the 50th anniversary celebrations wind down in March 2023.

The 18 month-long merriment began with the opening of Remy’s Ratatouille Adventure at Epcot’s expanded France pavilion, a replica of the magnifique 4D trackless dark ride at Disneyland Paris.

Cinderella Castle shines brighter courtesy of a timely makeover of the majestic façade in blush pink, navy blue and glittering gold including a 50th anniversary crest. Nearby, a gilded sculpture of Chip ’n’ Dale – one of the so-called Fab 50 – lends an Aurelian lustre to festivities.

The collection of 36 statues depicting 50 characters is divided between the parks (more than half are in Magic Kingdom) and demand eagle-eyed scavenging. Stitch’s lofty perch on a purple wall is typically sneaky of the impish extra-terrestrial.

In Disney Springs, Cirque du Soleil defies gravity with Drawn To Life in a custom-built structure, designed to mimic the sweeping architectural lines of a big top tent.

Jungle Cruise, one of the park’s original rides, has recently removed outdated and potentially offensive depictions of indigenous peoples. Groanworthy puns in the effusive commentaries are – thankfully – untouched. To echo the sentiments of our skipper. Feel free to take pictures of the bathing elephants, they all have their trunks on.

Mickey & Minnie’s Runaway Railroad, which opened in Disney’s Hollywood Studios less than three weeks before the first UK lockdown, is still a novelty for many international visitors, including me. The first park ride starring Mickey Mouse and friends conjures a colour-saturated animated world using trackless vehicles and ingenious video projections.

Waving a banded hand at a Fab 50 golden sculpture elicits a cheerful response (Mickey chirrups, “Gosh, sure is a nice day!”) while tapping MagicBand+ on keystones in Star Wars: Galaxy’s Edge allows me to collect galactic credits and complete covert missions on behalf of the Batuu Bounty Hunters’ Guild. The new devices will illuminate during the Disney Enchantment and Harmonious night-time shows.

But no amount of dazzling high-tech wizardry indelibly tethered to childhood nostalgia can diminish the vivifying power of touch: linking arms with a headstrong mermaid, accepting a comforting embrace from a Wookiee, or savouring a spontaneous shoulder rub from an uncommonly tall dog.