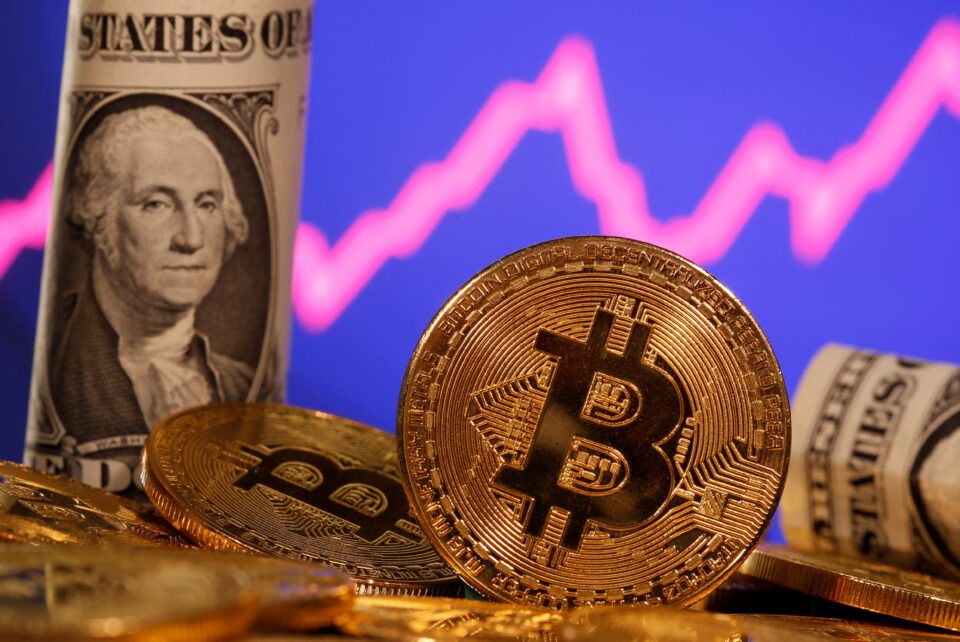 It’s been a good month for bitcoin – and we haven’t said that for a while.

After months of freefall, it jumped more than 17 per cent in July, its best performance since October. Ether rose 57 per cent, its strongest monthly gain since January 2021.

The rally was in step with gains of riskier assets such as stocks as investors bet that economic weakness could deter the Fed from aggressively tightening monetary policy.

Bitcoin’s 40-day correlation to the tech-focused Nasdaq (.IXIC) now stands at 0.90 – up from 0.41 in January – where 1 means their prices move in perfect lockstep.

The leading cryptocurrency has been consistently positively correlated with the Nasdaq since late November, unlike in previous years where it would routinely turn negative, meaning they moved in opposite directions.

“It means institutional investors are looking at bitcoin like any other asset,” he said. “When the market turns – and it will turn – these institutions will come back and invest in crypto.”

Gains were not limited to bitcoin, as the value of the global cryptocurrency market crept back above $1.15 trillion last month, adding over $255 billion since the end of June, CoinGecko data showed.

Assets under management in digital asset investment products rose 16.9 per cent to $25.9 billion in July, reversing June’s decline of 36.8 per cent, according to research firm CryptoCompare.

However, trading has been thin – indicating plenty of investors gauge it’s too early to turn bullish in a deeply uncertain macro backdrop with inflation rampant, and America and Europe staring down the barrel of a recession, not to mention the implosion of some big crypto players.

Average daily volumes across all digital asset investment products fell by 44.6 per cent to $122 million, the lowest since September 2020, CryptoCompare found.

“On a medium-term horizon, we’re bearish (on crypto) despite the current bounce, this aligns with our stance on equities,” researchers at MacroHive wrote on Friday, citing inflation, recession risks and rate hikes.

Bitcoin is currently trading at $23,336, consolidating around the $24,000 mark after touching that level last week.

It will likely continue to trade in a tight range of around $20,000, plus or minus 10 per cent to 15 per cent, until there is more clarity over the economy’s trajectory, according to Chris Terry, vice-president at lending platform SmartFi.

“We could be in this stalled market for weeks and weeks.”

On the flip side, if the United States enters a prolonged recessionary period and the Fed is forced to cut interest rates, bitcoin could benefit, said Russell Starr, CEO of Valour, which creates exchange-traded products for digital assets.

“You’re going to have to see another quarter of recession before you see a resumption back up to the lofty $60,000 levels,” he said.

For investors who dove into crypto during its surge at the height of pandemic-era easy monetary policy, the next several months could be quite bumpy, according to Adrian Kenny, senior sales trader at GlobalBlock.

“There is still an undoubtedly considerable mountain to climb in terms of ‘normality’ or the hopes of a return to the highs of 2021 anytime soon.”