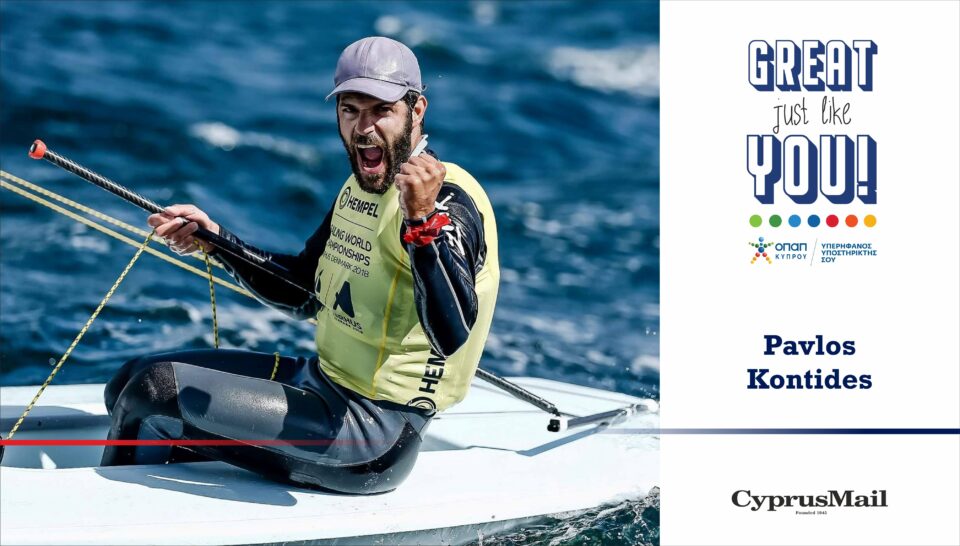 OPAP Cyprus has provided the younger generation the chance to speak with local role models face-to-face, to chat to them, ask them questions, and to learn from their efforts and route to success through its new creative campaign, ‘GREAT. Just Like You’

Cypriot sailor, Pavlos Kontides became the first Cypriot athlete ever to win an Olympic medal for Cyprus, by winning the silver medal at the 2012 Summer Olympics in London

Why did you choose to pursue sailing?
“My father used to sail. When I was six years old, he brought me to the Limassol Nautical Club for the first time, however they told me that I was too young. In May 1999, I went back to the club. I recall that it was a clear day, the sun was shining and there was hardly any wind. I was told to “go until the buoy and come back.” So slowly, even slower than a turtle I would say, I did the distance. I will never forget that night I went home, and went to bed, I could still feel my body bobbing up and down. And that is how I got started. First it was like a hobby, a game with other children, however, since I was always competitive as a child and a teenager, as I am now in whatever I do in my life, very quickly I wanted to compete in championships.”

Championship competition is extremely difficult. Where do you draw strength from?
“I have often heard people say that championship competition is for the very few. My strength comes from many things, but the most important thing is to have a vision, a dream, goals. In 2004, when I went to the Athens Olympics as a spectator at the time, this was what kindled the flame inside me. When I saw the boats with the flags of their respective countries, and the last names of the athletes, I said to myself that I, too, wanted to compete in the Olympics, to step on the podium; and these were my powerful dreams. And that is where you draw strength from, because inevitably you will face difficulties – many difficulties. You will fall down plenty of times, that is how life is in general, but it is important that each time you find the courage, the strength to get back up again and the drive toward that vision and goal.”

Did your family support you initially in your decision to become an athlete?
“My family played a crucial role in my career. They were very helpful in bringing me food, taking me to training.”

Did you ever suffer a serious injury and, if so, how did you deal with it?
“I had two serious injuries in my career. One in 2010 – a herniated disc on the waist. The initial reaction was that I should quit sailing. Admittedly, those days were very tough for me psychologically. But I did not listen to them. I sought out many doctors, until I found someone who told me what I wanted to hear – that I could continue sailing. It may sound paradoxical, but I am grateful for my injuries as they toughened me up.”

How do you combine everyday life, and in general family life with sports?
“I recently became a father; my son is six months old. It is something new for us, but it gives me incredible joy. I always wanted my own family. I feel very blessed; it is the best thing you can achieve, forget all the trophies, all the success in sports. Experiencing a new life coming into this world, along with your wife, is something that I wish on everyone. And only once someone experiences it, can they understand what I mean.”

What was the biggest challenge you faced in your career?
“There are many challenges, but among the biggest ones were the injuries I mentioned earlier. When you receive the bad news, it is all negative feelings. Then you must get back on your feet, so that makes you tough. But it is what made me what I am today, and I would not change that for anything.” 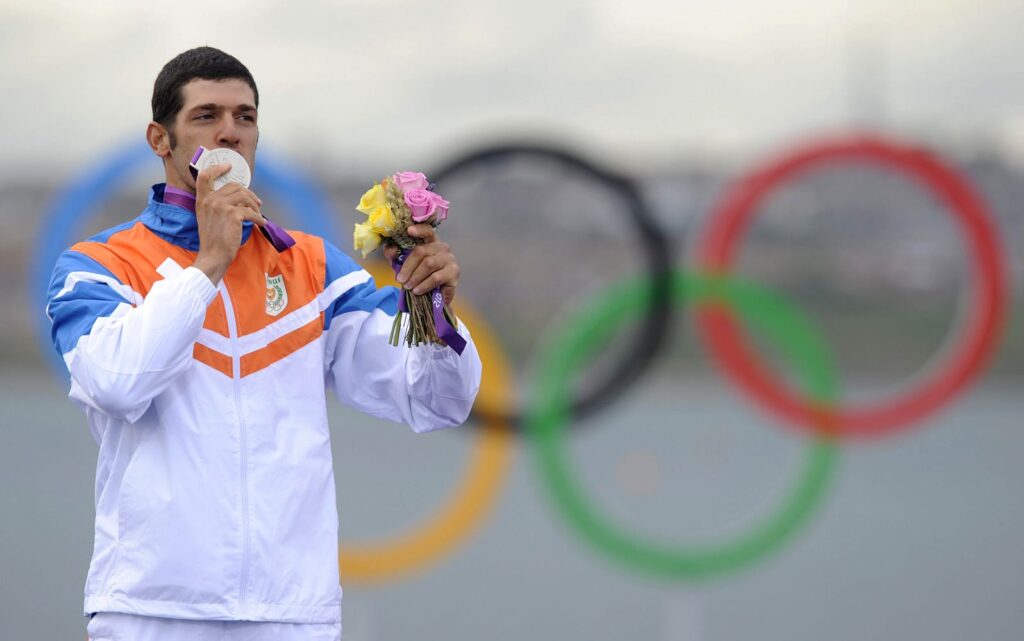 What is the first thought that comes into your mind when you step on the podium?
“Every time is unique; every competition is different. But especially when you are at the top of the podium, and you see the Cyprus flag waving high, and you listen to your national anthem, pride and satisfaction all come together in just a few seconds, you remember all the difficulties you experienced, they flash before you like a film on fast-forward, and you are overwhelmed with emotion and a sense of pride. It is very hard to describe.
I think that recently when I won the gold medal in France, after two-and-half-years without a medal, there was a photograph published showing me with my eyes closed. An article was written about this photo that said that we wish we could feel what you [Kontides] were feeling and thinking at the time.”

Which person do you think of before and after each race?
“I think of my wife and son. They are the only ones I speak with when I am competing, because talking to them is an outlet for me. Sailing is a very lonely sport; it lasts many days. Your job is to go inside, to ‘read’ the wind and ‘read’ your opponents, so when you are fully focused, there is no margin to think about anything else other than being in the water. When you go into the sea, it is like pushing a button: you forget everything else, and you do your job. When you manage to do that, you achieve better results.”

What would you say to young people?
“I would like to tell them one thing – find what you want to do in life in general. Your classmates are at an age where you start making serious decisions for your future, your career, your studies. In these decisions there is often much influence from the family, parents, perhaps even from friends. 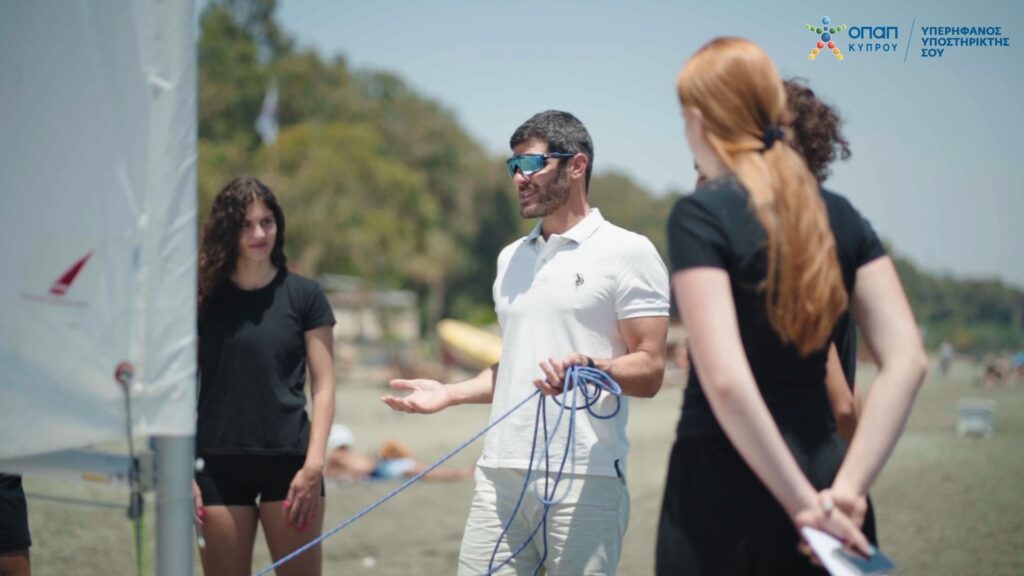 There are certain biases for certain professions, many fit into ‘boxes’. Most importantly, when you do decide what studies to pursue, you should feel the decision was your own, and everything else will fall into place. Whether you are successful in life, first and foremost depends on this – that you love what you do, you want to do it, and then the chances of success are higher. If you do something because someone else said you should, you could become successful, but not to the degree you might have been had you chosen to do that for yourself. That would be my advice.”