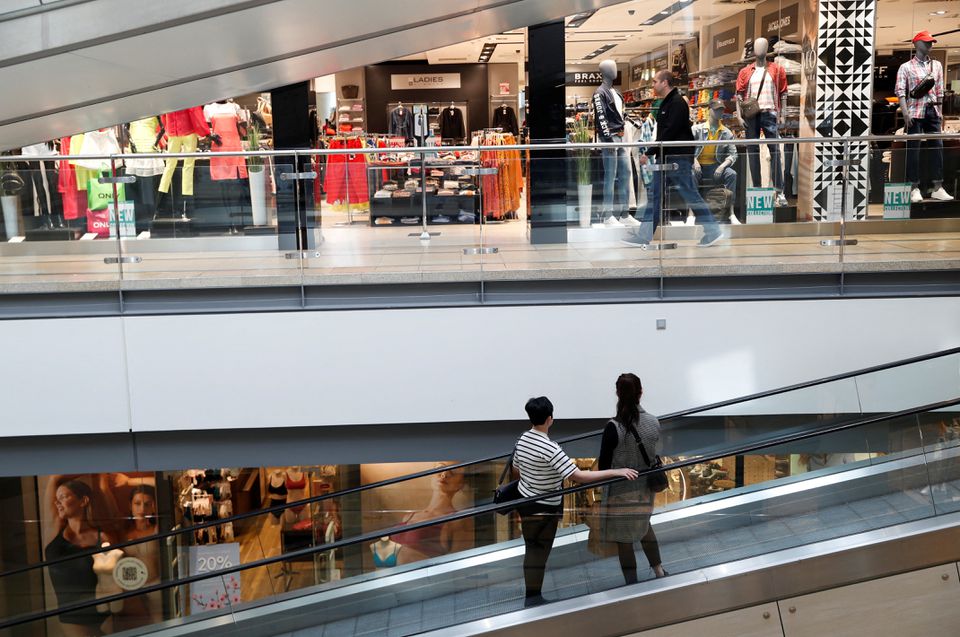 In the weeks that followed Russia’s invasion of Ukraine, western Europe’s big economies began to falter. But further east it was still boom-time thanks to double-digit wage hikes and generous state handouts in some countries.

A sharp slowdown in retail sales and plunging confidence indicators show that the cost of living crisis has caught up with Europe’s eastern wing, where people now face a harsh reality check as stubborn double-digit inflation erodes their incomes while food price rises top 15 per cent-22 per cent and energy costs soar.

As household consumption takes a hit, analysts are downgrading their GDP forecasts and the risk of a Europe-wide recession looms.

Families have started to tighten their belts. Poles are taking shorter holidays, Czechs are saving on restaurant bills while some seek second jobs, and in Hungary – where food inflation alone was an annual 22.1 per cent in June – people are cutting down on grocery bills and purchases of consumer durables as a slide in the forint currency pushes up import prices.

“I went into the bakery one day and a loaf of bread cost 550 forints. I go in the next day and it costs 650. For God’s sake!”, exclaimed Lajos, a 73-year-old man shopping at a market in the northern city of Esztergom on the Danube river.

Standing by his bicycle, grey-bearded Lajos, who did not give his family name, said the surge in food prices had consumed some of his monthly pension and he would not be able to pay higher utility bills, which will rise after the government last month scrapped price caps for what it called higher-usage households.

So he is making his own plans.

“I can heat with gas but also wood … as I have a tile-stove. So with my wife we will move into one room, heat up the stove, put on some warm sweaters and watch TV like that.”

Across Hungary, retail sales growth (HURETY=ECI) slowed to an annual 4.5 per cent in June from 10.9 per cent in May, with furniture and electronic goods sales down by 4.3 per cent, suggesting the impact of huge tax breaks and fiscal transfers from Prime Minister Viktor Orban’s government before April’s elections has now faded.

“Households have reacted to the rising cost of living in a meaningful way, and the consumption of things has started to slow,” said Peter Virovacz, an analyst at ING in Budapest.

According to a survey by the National Bank of Hungary on Friday, commercial banks expect demand for loans to decline and credit conditions to tighten in the second half.

The slowdown in domestic demand, rising interest rates, government spending cuts and companies’ rising costs look set to dampen economic growth in Central Europe in the second half of this year and slow them down sharply in 2023.

Citigroup said Hungary’s economy could grow by close to 5 per cent in 2022 but that there were downside risks to its 1 per cent forecast for next year.

“The risk of prolonged high energy prices keeping inflation in double-digit territory even in 2023 and our updated Euro Area in-house forecasts point towards downside risks,” it said.

The Hungarian central bank still projects 2.0 per cent-3.0 per cent growth for 2023, and it will release new forecasts in September.

The Polish economy is expected to grow by 3.8 per cent this year and 3.2 per cent in 2023, according to government projections.

“Our base scenario includes a mild recession – a technical recession – we have two quarters in a row with a quarterly decline there… That would be a healthy recession, which also allows for cutting inflation,” Governor Ales Michl said.

While the summer is still expected to see a boom in the tourism sector, Poles have started to save on trips according to travel website Noclegi.pl.

“We can see that what characterizes this season is the shortening of trips, on average by one day, and postponing the booking until the last moment,” said Natalia Jaworska, an expert at Noclegi.pl. Poles have also begun to save on food.

Data from various restaurant payment services, like Sodexo, have shown falling spending in restaurants in the Czech Republic as well. The STEM polling agency’s latest survey in June found 80 per cent of Czech households were cutting back or limiting their purchases because of fast-rising energy bills.

Czech consumer confidence hit a new low in July, according to the statistics office’s monthly survey, while a survey by think-tank GKI showed the Hungarian consumer confidence index in July plunged to its lowest level since April 2020 during the first wave of the COVID-19 pandemic.

Martin Hulovec, a 43-year-old Czech film producer, said he was not worried about his income right now, but he was less optimistic about the future.

“The hard times have not arrived yet for me to deal with it immediately… but it will come,” Hulovec said.

“I will certainly seek more energy savings… I will definitely not buy new stuff for the kids, clothing or sport equipment. You can find that secondhand for half the price.”

And he too will be switching on the heating less when winter comes.