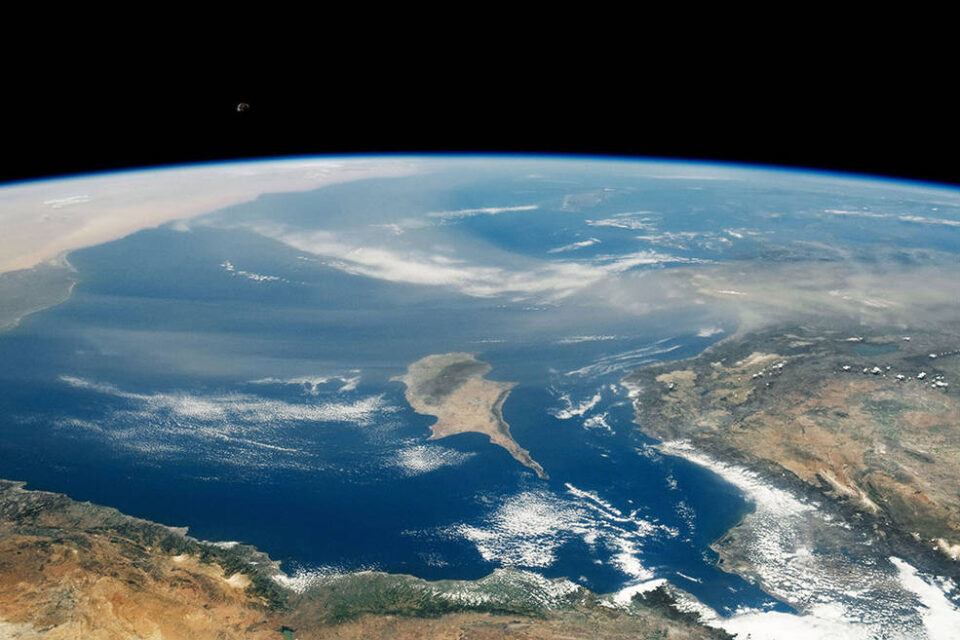 A dust plume stretches over the eastern Mediterranean, shrouding parts of Greece, Turkey, and Cyprus

The eastern Mediterranean, with Cyprus in the middle, is featured in an article describing the functions of Nasa’s new Earth Surface Mineral Dust Source Investigation (EMIT) instrument, which launched in July in efforts to investigate how airborne dust particles affect the climate.

Taken from space in June 2020, the photograph shows a dust plume stretching over the region, covering parts of Greece, Turkey and Cyprus.

The article explained that more than a billion metric tonnes – the weight of 10,000 aircraft carriers – of mineral dust are carried through the atmosphere from deserts and dry regions to other areas on Earth.

“While scientists know that the dust affects the environment and climate, they don’t have enough data to determine, in detail, what those effects are or may be in the future – at least not yet,” it said.

The purpose of EMIT, which launched on July 14 to the International Space Station, is to help fill those gaps.

“EMIT’s state-of-the-art imaging spectrometer, developed by the agency’s Jet Propulsion Laboratory in Southern California, will collect more than a billion dust-source-composition measurements around the globe over the course of a year – and in doing so, significantly advance scientists’ understanding of dust’s influence across the Earth system.”

It will have five main functions, the first one being identifying the composition of dust from remote and hard to reach desert regions.

The instrument will help map out dust source regions and provide information on the colour and composition of dust globally for the first time.

“This data will help scientists understand which kinds of dust dominate each region and advance their understanding of dust’s impact on climate and the Earth system today and in the future.”

It will also help scientists clarify the functions of mineral dust movement to understand whether it has a heating or cooling effect on the planet, which can differ when looking at the colour of dust particles.

“EMIT will provide a detailed picture of how much dust comes from dark versus light minerals. That information will allow scientists to determine whether dust heats or cools the planet overall, as well as regionally and locally.”

In addition to this, it will collect information on how different dust varieties can affect earth processes, from cloud formation and atmospheric chemistry to its effect on human health.

The data collected by EMIT will also improve the accuracy of climate models, helping scientists predict how future climate scenarios will affect the type and amount of dust in our atmosphere.