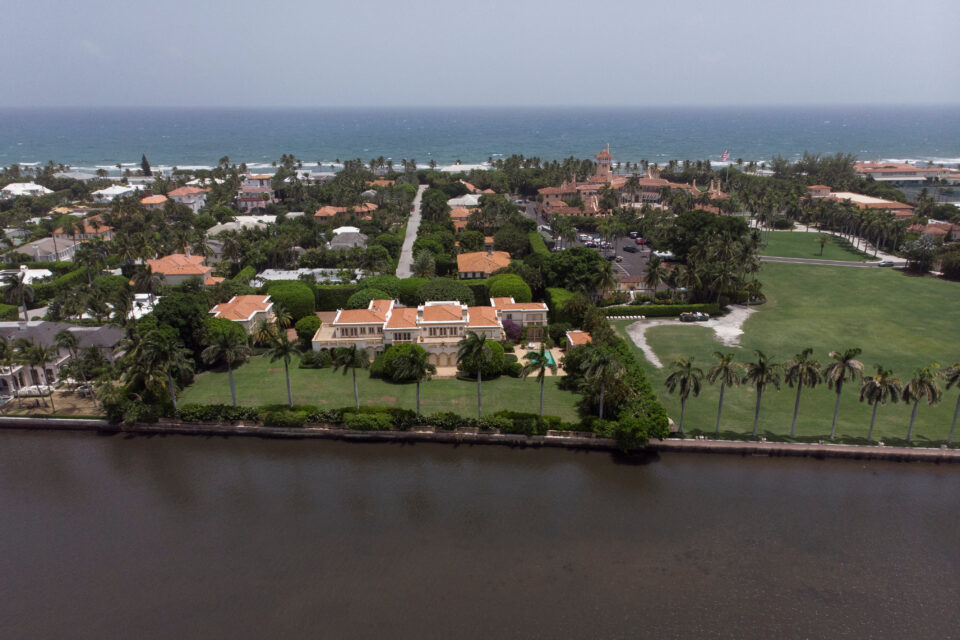 FBI agents in this week’s search of former U.S. President Donald Trump’s Florida home removed 11 sets of  documents they claim were classified, including some marked as top secret, the Justice Department said, while also disclosing it had probable cause to conduct the search based on possible Espionage Act violations.

The disclosures were made in a search warrant approved by a U.S. magistrate judge and accompanying documents released four days after agents searched Trump’s Mar-a-Lago residence in Palm Beach. The Espionage Act, one of three laws cited in the warrant application, dates to 1917 and makes it a crime to release information that could harm national security.

Trump, in a statement on his social media platform, said the records were “all declassified” and placed in “secure storage.”

“They didn’t need to ‘seize’ anything. They could have had it anytime they wanted without playing politics and breaking into Mar-a-Lago,” the Republican businessman-turned-politician said.

The search was carried out as part of a federal investigation into whether Trump illegally removed documents when he left office in January 2021 after losing the presidential election two months earlier to Democrat Joe Biden.

Although the FBI on Monday carted away material labeled as classified, the three laws cited as the basis for the warrant make it a crime to mishandle government records, regardless of whether they are classified. As such, Trump’s claims that he declassified the documents would have no bearing on the potential legal violations at issue.

FBI agents took more than 30 items including more than 20 boxes, binders of photos, a handwritten note and the executive grant of clemency for Trump’s ally and longtime adviser Roger Stone, a list of items removed showed. Also included in the list was information about the “President of France.”

The warrant showed that FBI agents were asked to search a room called “the 45 Office” – Trump was the 45th U.S. president – as well as all other rooms and structures or buildings on the estate used by Trump or his staff where boxes or documents could be stored.

The Justice Department said in the warrant application approved by U.S. Magistrate Judge Bruce Reinhart that it had probable cause to believe violations of the Espionage Act had occurred at Trump’s home.

That law was initially enacted to combat spying. Prosecutions under it were relatively uncommon until the Justice Department ramped up its use under both Trump and his predecessor Barack Obama to go after leakers of national security information, including leaks to the news media.

The law’s section cited as the basis for the warrant prohibits unauthorized possession of national defense information. It did not spell out the details about why investigators have reason to believe such a violation occurred.

The application also cited probable cause of possible violations of two other statutes that make it illegal to conceal or destroy official U.S. documents.

There are three primary levels of classification for sensitive government materials: Top secret, secret and confidential.

“Top secret” is the highest level, reserved for the most closely held U.S. national security information. Such documents usually are kept in special government facilities because disclosure could gravely damage national security.

Trump has not been charged with any wrongdoing. It remained unclear whether any charges would be brought.

Attorney General Merrick Garland on Thursday announced that the department asked Reinhart to unseal the warrant. This followed Trump’s claim that the search was political retribution and a suggestion by him that the FBI may have planted evidence against him.

Legal experts said Trump’s claim that he had declassified the materials would not be a useful defense should he ever face charges.

“The statute does not even strictly require even that the information be classified so long as it is relating to the national defense,” Northwestern University law professor Heidi Kitrosser said, referring to the Espionage Act.

The investigation into Trump’s removal of records started this year after the National Archives and Records Administration, an agency charged with safeguarding presidential records that belong to the public, made a referral to the Justice Department.

Republican House of Representatives Intelligence Committee members on Friday called on Garland and FBI Director Chris Wray to release the affidavit underpinning the warrant, saying the public needs to know.

“Because many other options were available to them, we’re very concerned of the method that was used in raiding Mar-a-Lago,” Representative Michael Turner, the committee’s top Republican, told reporters.

If the affidavit remains sealed, “it will still leave many unanswered questions,” Turner added.

Since Monday’s search, the department has faced fierce criticism and online threats, which Garland have condemned. Trump supporters and some Republicans in Washington have accused Democrats of weaponizing the federal bureaucracy to target him even as he mulls another run for the presidency in 2024.

Comparisons have also been made with Trump’s 2016 Democrat presidential rival Hilary Clinton who had a private server in her  home. Comparing, Politifact write that in 2014, Clinton’s lawyers combed through the  server and turned over about 30,000 work-related emails to the State Department and deleted the rest which Clinton said involved personal matters, such as her daughter’s wedding plans.

Clinton repeatedly said she did not have any classified emails on her server, but the results of an FBI investigation found otherwise.

Of the tens of thousands of emails investigators reviewed, 113 contained classified information, and three of those had classification markers. Former FBI Director James Comey, also a Democrat, said in 2016 that Clinton should have known that some of the 113 were classified, but others she might have understandably missed. The case was never pursued legally.