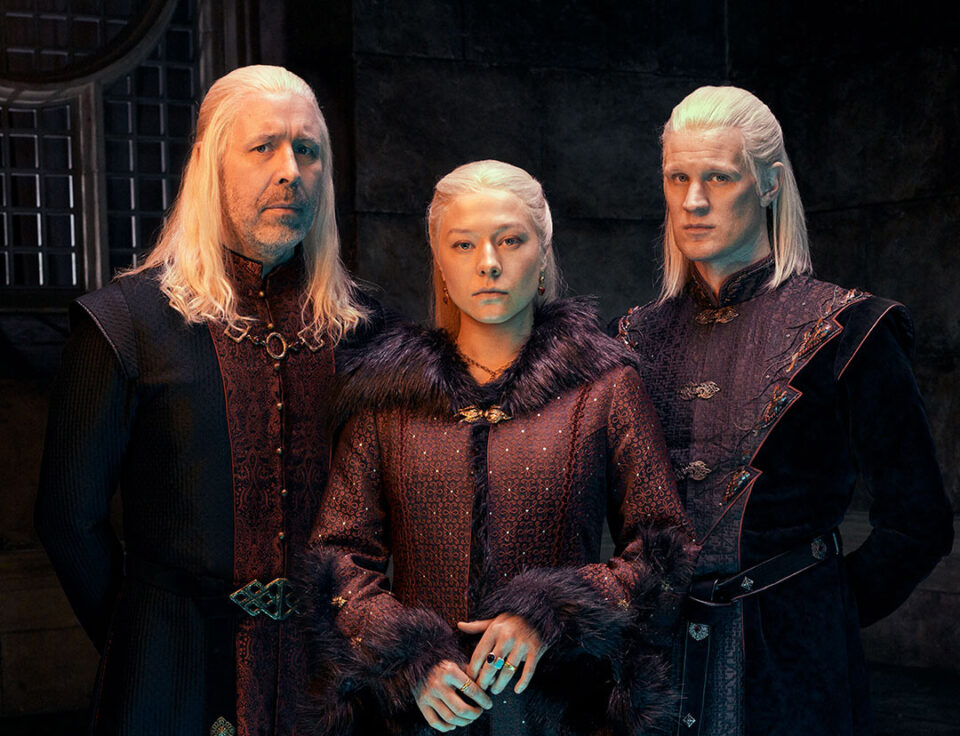 House of the Dragons

Swords are drawn, axes are sharpened, and marketing campaigns are planned out: fantasy fans are in for an exciting September as two of the most beloved fantasy universes are making a comeback by releasing new content. Game of Thrones and Lord of the Rings are ready to battle it out and perhaps shape the TV field for years to come.

The House of Dragon

First thing’s first. HBO Max is unfortunately unavailable in Cyprus. Plans to launch in Greece and perhaps on our tiny Mediterranean island were scrapped due to restructuring, following a merger with Discovery Inc. The licensing deal for HBO content is a bit murky (it was available through the Nova cable platform) but in the age of streaming your favourite show while sitting on a beach, the notion of having to wait for a scheduled TV show borders on the ludicrous. Dear HBO, we would LOVE to give you money for your content. Please join the 21st century and make your platform available globally. Thank you. On with the article.

House of Dragon is the first series to come after the massively successful pop-culture phenomenon that was the Game of Thrones series, which ended back in 2016. It seems odd to not immediately cash in on the GoT success, considering that if this were a Disney show it would, by now, have two film trilogies planned (directed by Taika Waititi of course), six spin-off shows on Disney+ with characters who appeared for one minute and a series of trademarked haikus.

This absence of corporate studio greed (believe me, they would get in the haiku licensing game if they could) is explained by the fact that the final season was almost universally hated.

But a brand name like GoT is too hot not to exploit.

House of Dragon is a prequel to GoT and is set 150 years in the past, when the Targaryen (the eponymous, House of Dragon) ruled the land with an iron fist and dragons had not yet gone extinct. At the height of their rule, the royal Targaryen House is faced with internal strife as different factions vie for the coveted Iron Throne, the seat of power in the land of Westeros. Palace intrigue soon devolves into a full-blown civil war, a historical event known in the GoT lore as “The Dance of Dragons”.

HBO has a lot riding on these series, as three more spin-offs are waiting to get a green light, including one where Kit Harrington reprises the role of Jon Snow, the protagonist of the original series, and one that follows the adventure of a pirate of sorts. If that one isn’t called a sea-quel, I will put a curse on HBO.

But getting this done won’t be easy. Fans have not forgotten the traumatic series finale and it is unlikely they will forgive. Time will tell.

House of Dragon premieres on August 28.

The Rings of Power

If HBO has to contest with a disgruntled fanbase, it is nothing compared to what Prime Video has to go through.

Almost 20 years after the original Lord of the Rings trilogy concluded with “Return of the King”, Tolkien’s amazing world is once more adapted for our viewing pleasure. The Hobbit? Dear Sir, I have no idea what you are talking about.

Set thousands of years in the past, during what is known in the lore as “The Second Age”, RoP will tell the story of how the Rings were made, the rise of the original series antagonist Sauron to power, and how the forces of good rose to put a stop to his machinations, setting the stage for the events in the original trilogy.

One would think that fans would be thrilled by the prospect of a major studio investing almost a billion in their favourite franchise, for a multi-season flagship series that would give life to other spin-offs in the same universe. Or maybe rejoice in the fact that new fans will be discovering Tolkien’s work.

One would be wrong.

Upon discovering the audacity of creators taking artistic licence to tell a story (giving more agency to female characters, injecting some cast diversity etc) the gate-keeping fandom made the destruction of the series a personal crusade. Even the slightest deviation from the source material is treated as spitting on Tolkien’s grave, prompting diatribes on Reddit and an avalanche of negative comments on social media. Watching this online warfare unfold, especially the vitriolic attacks directed at actors of colour, is truly depressing. With no Gandalf to stand and command these toxic people to go back to the shadow, Prime Video will need to make a great splash with general audiences to drown those voices. Will it be successful? Time will tell.

Rings of Power premieres on Prime Video on September 2.