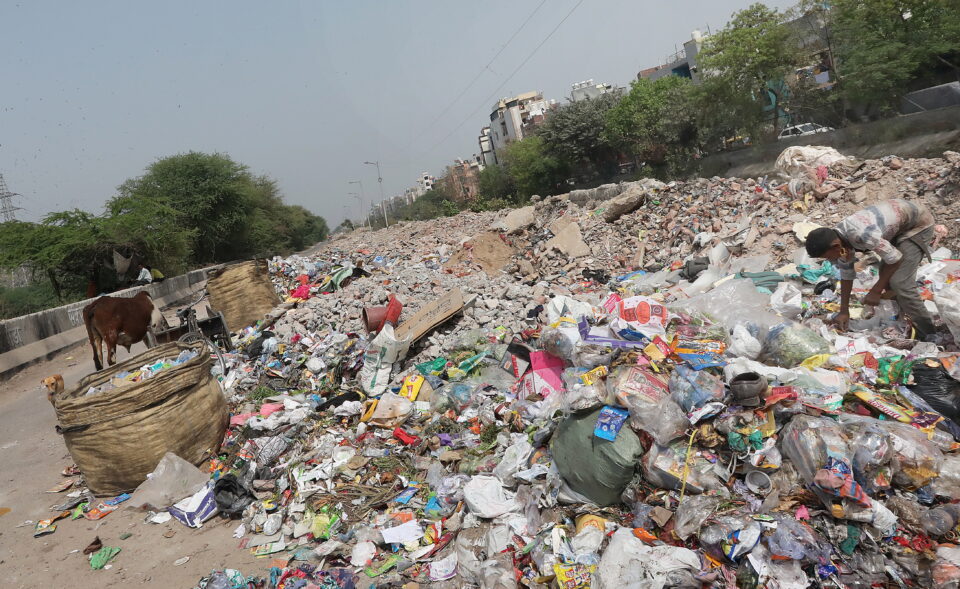 With about 570 million tonnes of the greenhouse gas emitted every year from both industrial and natural processes, the concentration of methane in the atmosphere has been increasing at a record pace, according to the US National Oceanic and Atmospheric Administration.

In some countries, the biggest source is agricultural fields and farm animals — particularly cows but also livestock and chickens. In the United States, the oil and gas industry is largely responsible.

Yet there is another major global source – garbage.

With data from a satellite-mounted detector showing high methane levels over cities in India, Pakistan and Argentina, a team of scientists looked more closely to pin down the emissions sources.

High-resolution satellite images snapped in 2020 revealed the methane was coming from upwind landfills in the Argentine capital of Buenos Aires, the Indian cities of New Delhi and Mumbai, and Pakistan’s second-largest city of Lahore, according to the study published last week in the journal Science Advances.

A landfill in Mumbai, for example, was putting out about 9.8 tonnes of methane per hour, or 85,000 tonnes per year, according to the study’s findings. The Buenos Aires landfill emitted some 250,000 annual tonnes – or half of the city’s total methane emissions.

“These observations can tell us where the large methane emissions are and where mitigation action can be taken,” said co-author Joannes Maasakkers, an environmental scientist at the Netherlands Institute for Space Research. Mitigation steps might include food composting or capturing the methane for biogas.

Landfill waste – responsible for about 11 per cent of global methane emissions – is expected to increase about 70 per cent by 2050 as the global population continues to climb, according to the World Bank.

Because methane is 80 times more powerful than CO2 over a 20-year period, reducing “methane emissions now … can have a quick impact on climate change,” Maasakkers said.

In the past, estimates of landfill emissions were made based on landfill volume and assumed rates of decay.

Satellite technologies are a boost to scientists, said Jean Bogner, a University of Illinois environmental scientist not involved in the research. This new approach helps to “adequately capture site-specific emissions, which for landfills can vary by orders of magnitude” depending on everything from soil conditions to whether mitigation measures are in place.