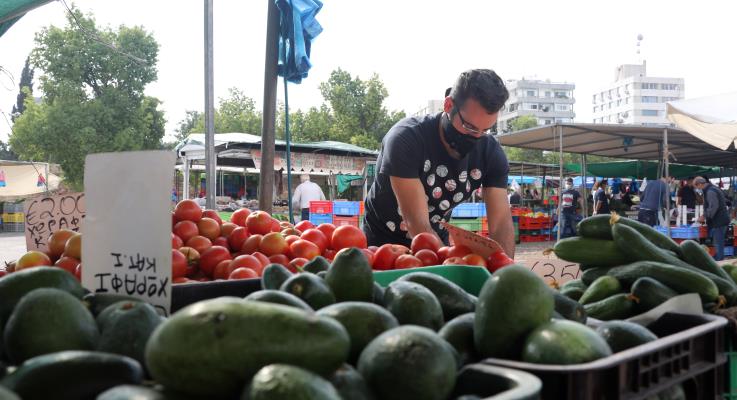 The Harmonized Index of Consumer Prices in July 2022 increased by 10.6 per cent compared to July 2021, while compared to the previous month it increased by 1.7 per cent, according to data released this week by the Cyprus Statistical Service (Cystat).

For the period January – July 2022, there was an increase of 7.7 per cent compared to the corresponding period from last year.

Compared to July 2021, the categories of housing, water supply, electricity, as well as LPG and transport experienced the largest changes with 30.7 per cent and 21.8 per cent respectively.

Compared to June 2022, the biggest change was recorded in clothing and footwear with a decline of 11.3 per cent.

For the period January – July 2022, compared to the corresponding period of 2021, the largest changes were observed in housing, water supply, electricity and LPG with 20.3 per cent, transport with 15.5 per cent, as well as food and non-alcoholic beverages with 9 per cent.

Larnaca’s museums and archaeological sites have proven to be popular destinations, with more than 43,000 people visiting them this year, according to a report published by the antiquities department on Friday.

According to the department, the new Larnaca archaeological museum, which was inaugurated earlier this year, has accepted 4,465 visitors between March and June.

Furthermore, the Larnaca medieval castle had 19,630 visitors between January and June, while the Kition archaeological site had 1,331 visitors during the same period of time.

The Lefkara local museum of traditional embroidery and silversmiths accepted 3,750 guests, while the Neolithic settlement of Choirokoitia had 12,099 visitors.

Finally, the Aceramic Neolithic settlement of Tenta had 896 visitors, while the Royal Chapel of Agia Aikaterini in Pyrga saw 66 visitors.

The general Cyprus Stock Market Index was at 70.66 points at 13:18 during the day, reflecting a drop of 0.24 per cent over the previous day of trading.

In terms of the sub-indexes, the alternative index rose by 0.13 per cent, while the main and investment firm indexes fell by 0.45 per cent and 2.93 per cent respectively. The hotel index remained stable.