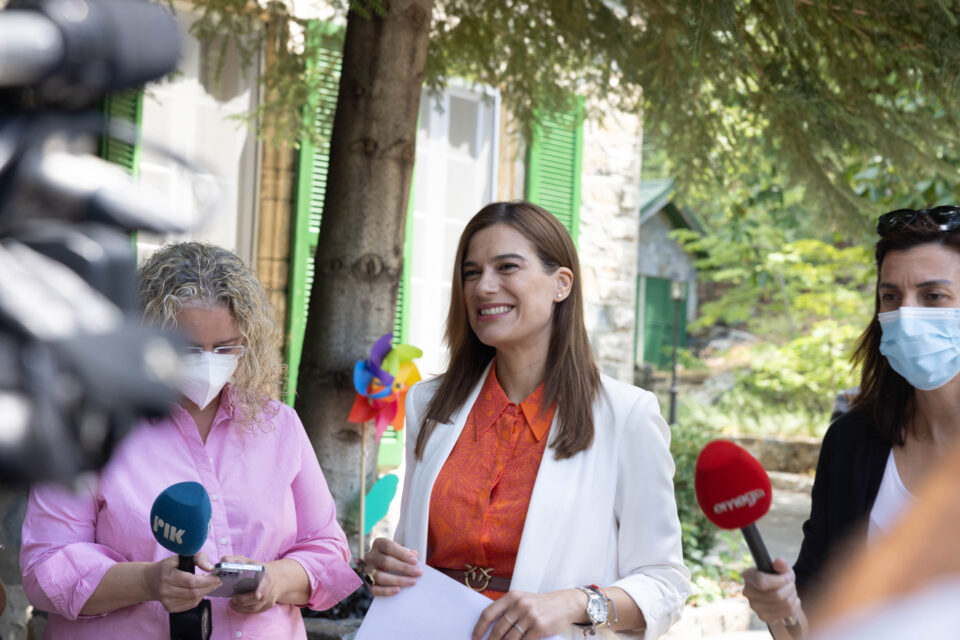 Pilides speaking in Troodos on Monday

Energy Minister Natasa Pilides on Tuesday called the discovery of a natural gas field in the Cronos-1 well in Bock 6 “a very positive development for the country” but Turkish Foreign Minister Mevlut Cavusoglu lost no time calling for a share.

Italian multinational oil and gas company Eni announced the discovery of the well, located about 160km off the coast of Cyprus, on Monday. Block 6 is operated by Eni Cyprus with a 50 per cent stake, and TotalEnergies as a partner.

Preliminary estimates indicate about 2.5 trillion cubic feet (TCF) of gas in place, with significant additional upside that will be investigated by a further exploration well in the area.

Speaking to CyBC radio on Tuesday, Pilides said the recent discovery and the new well, called Zeus-1, will create the conditions for viable investments from abroad.

“Moreover, after the recent developments, we are set to intensify our consultations with the European Union for Cyprus to be included in the bloc’s future energy plans,” Pilides said.

The discovery of new natural gas fields in Cyprus’ EEZ sparked a reaction from Turkey, as Cavusoglu said the country is entitled to a share of the revenues stemming from future drilling.

He said that part of the area exploited by Eni and TotalEnergies belongs to Turkey.

“We will not allow companies to operate in our continental shelf, where we continue to carry on drilling and seismic surveys,” he told the Turkish media, adding that a solution to the issues in the Eastern Mediterranean area depends on fair distribution and sharing of revenues.

When asked about the possibility of Turkey undermining any drilling, Pilides, said the threat is real.

“We are monitoring the situation very closely every day, but I want to make clear that the new discoveries are located in areas that are not disputed by Turkey,” she said in an interview with Greek news outlet Ert.

“However, as we have witnessed before, it is not easy to predict any kind of reaction.”

Pilides also reminded that, in December 2021, US giant ExxonMobil and Qatar Energy signed a contract for oil and gas exploration and production-sharing off Cyprus after discovering a significant natural gas reserve off Cyprus in Block 10, the island’s largest find to date with an estimated five to eight trillion cubic feet.

She also added that the exploitation of other gas deposits such as the Aphrodite field will begin within three years.

Another well in the Aphrodite field has also attracted interest by US oil giant Chevron, which may begin drilling operations in 2023.

Speaking after the cabinet meeting that took place on Monday in Troodos, Pilides also mentioned the positive prospects identified by confirmatory drilling in block 10, adding that seismological studies were being carried out in blocks 10 and 5 to determine the exact quantities.

“Given the current situation and the EU’s need to stop relying on Russian gas, the new discoveries allow us to move more freely and join the bloc’s new programming,” she said.

Music with a purpose