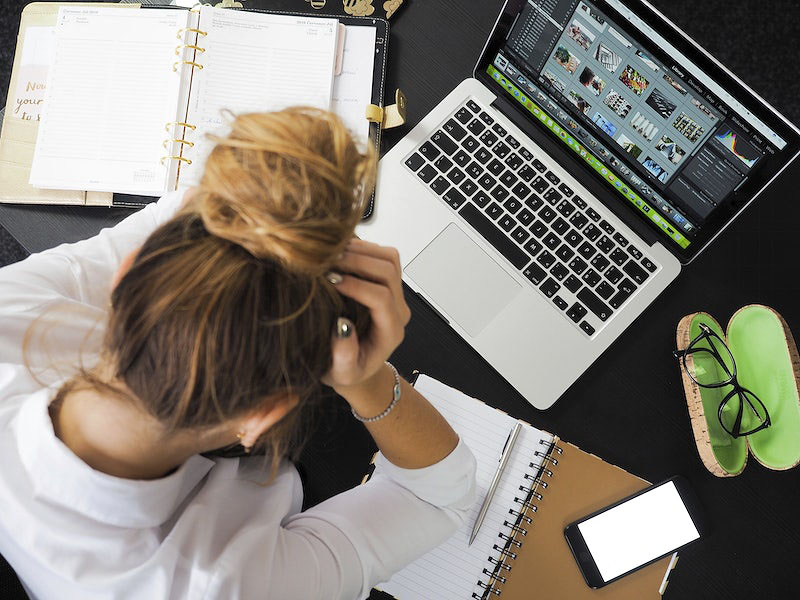 With the summer behind us the thought of work with nothing to look forward to can be bleak. DESPINA NICOLA on how it is important to feel that we make a difference

Depressed about returning back to work? It is not just you. In the UK the number of people feeling that way is an incredible 87 per cent.

So, what is it about our jobs that makes us so miserable?

Expert Johann Hari journeyed 40,000 miles across the world to interview social scientists to answer the question ‘What makes people depressed in the workplace?’ Disconnection from each other was the major cause. Many employees feel they are not seen or heard at work and are treated like disposable machines.

The average employee has little control and works under punishing conditions. Take for example, the reputable business Amazon which keep electronic tabs on some employees. To increase productivity, they track workers’ movement, how long they rest, have breaks and how much work they do. If they slack, the relative amount is deducted from their wage.

Many individuals feel undervalued and not appreciated in the workplace. We all have a need for individuality and to grow through socialising and this gives us a meaning in life, but this dissipates at work as the current work environment is unnatural to our evolution. The significance we had in the tribe made our ancestors feel protected and everyone had a purpose, using their own skills for the good of the community.

We have survived because of our abilities to co-operate in a tribe, not for how strong we are. Even though we were not as fast or strong as other animals we valued, cared and looked out for our tribe. We were bound together to provide food, shelter, fresh water and most importantly protection. We were all valued and recognised for the jobs performed.

It is our innate nature to belong but now we have become an individualistic culture. As there is no longer the danger of wildlife in modern day cities, we have foregone our tribe and are the first humans ever to try to dismantle it. Our psychological needs have been neglected, leading to depression.

A lecturer at the university of Chicago said that human beings who feel they do not belong release the hormone cortisol. When too much of this hormone is discharged, you may gain weight, or lose it. Your blood pressure could rise, you may suffer from osteoporosis, also depression and anxiety could soar through the roof. And these are just a few symptoms.

The excretion of too much cortisol causes a lot of concern for doctors. Many try to find a therapy for the imbalance of chemicals by prescribing drugs that increase happiness levels. These drugs have serotonin. However, if the main cause of the problem is not cured, these drugs may not work. Doctors may have to keep upping the dosage which could lead to other health issues.

A psychiatrist named Derick Somerfield travelled to Cambodia to introduce antidepressants. The Cambodians were puzzled at how depression could be cured by drugs, and told him about their own remedies.

They told the story of a poor rice farmer who lost his leg after stepping on an explosive in the rice field where he worked. Although he was fitted with an artificial limb, he was unable to continue working in the rice paddies as it was too painful. He was dealing with both the trauma from the mine field and the physical pain of the artificial limb and became depressed. He would not get out of bed and cried all day.

The villagers were concerned for his welfare but understood that his pain made sense. They collected money and bought him a cow, believing that by doing this they were giving him not only a means of making a living but also a way to overcome his suffering by doing meaningful work.

During the next weeks he stopped feeling sorry for himself and over time his depression disappeared.

This story illustrates the value of belonging to a team and to having our psychological needs met. Being seen and heard in the workplace gives you the feeling that the effort put in is appreciated. We all have a need to feel special and that we matter. We need to belong to something bigger than ourselves to feel protected. As human beings we have to trust the people around us so we can feel secure. This is especially true for those in the workplace where we spend the greater part of the day.

US life expectancy fell further in 2021 due to COVID