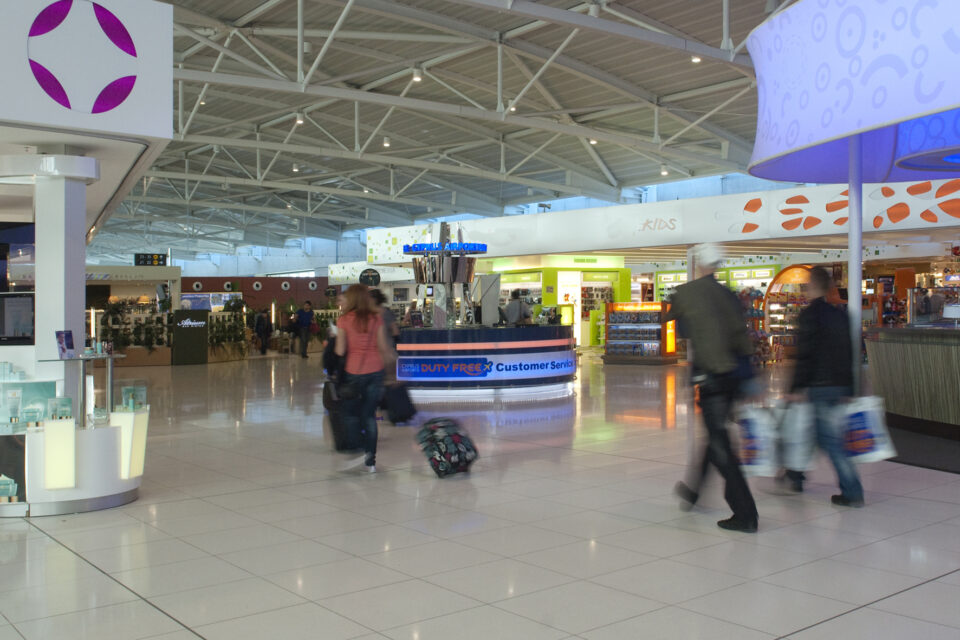 Safe into duty free and departures, the adventure is just beginning

An unbelievably frustrating experience at Larnaca airport with Wizz Air

What is best? A cold Alexa goddess or a displaced Cypriot girl consumed by the emotion that we islanders enjoy in abundance. AI or Human? This is the question that has been nagging me. The other day, something happened and the good old Deus Ex Machina – restored the order to my inner chaos and helped me find a comprehensive solution of my Cyprus problem.

I am at Larnaca’s Glafkos Clerides airport, ready to catch a convenient, noonish, cheap flight, courtesy of Wizz Air, which, I thought was the answer to every last-minute type’s August prayers wishing to fly to Athens, when airline ticket prices are as hot as the Ayia Napa marina sunbeds. I am standing at the check-in queue in doubt whether I had managed to get a boarding pass online. The “airline’s” website is like the Game of Thrones, the further you go the harder it gets. I was right, no, I don’t have a boarding pass, nor does the cute couple, travelling for health reasons. All of us, for reasons that only God and Wizz Air know, chose something that wasn’t check-in so we had to do it at the airport. It’s OK. The prospect of being in Athens in a couple of hours can’t be overshadowed.

I tackle all Hercules feats one by one: passport, security check, shoes off, laptop out, phone back in, 100ml shampoo… and am finally in front of the screen looking for the gate with an innocent smile. The notice reads “Gate opens in 15 minutes” so I turn for a freddo. With the straw in my mouth and the same goofy look on my face, I turn my eyes back to the screen which now says that the gate opens… “in 155 minutes”, the straw drops and so does my jaw. We, look at each other stunned, the Neanderthals buddies, who failed to see the signs even though we had dived into the hellish site. A passenger student agrees with an airport employee that the Wizz Air experience usually ends with… flight cancellation.

An hour later the screen flashes “gate 41 has opened”, boosting our morale. Just as we reach the final feat of “passport/ boarding pass” (oddly enough in Polish), we are told that this flight flies to Warsaw. We return to the unclaimed passengers club, the big group of the LCA – ATH W64561 flight, and – as expected – there is no Wizz Air employee anywhere. This is a test and, believe me, it is not for the faint hearted.

But there is always a silver lining. We are not alone in this ordeal. Anticipating to fly are Apollon Limassol FC team and fans; they are playing against Olympiacos Piraeus the next day. Unsuspecting of what is to come, they take selfies and cheerfully sing their team’s anthems.

About three hours later, we hear shouting and tension. “Oh, it’s probably cancelled,” says me, the airport Cassandra, fearing the rage of the indignant Limassol hooligan (the horror).

I approach, no Wizz Air employee, of course, only two nice young compatriots with no armour, LGS employees, handling Wizz flights, clearly exposed to the wrath of the Limassol god and surrounded by us, the planet of the apes.

“The flight has been cancelled,” she dares to say via microphone. “You may wish to take the next one,” now in a low voice. “But unfortunately it is full,” even more quietly. And then “tomorrow’s flight has only six seats,”… now it’s a whisper…

The betrayed passengers are now furious. The group turns into a mob, emotion is running high in the airport. They are swearing, shouting against the poor employees, standing dangerously close. And let me just reiterate, this is LGS handling staff; Wizz Air staff are nowhere to be found. A glass shatters from the rage of a hot-headed Limassol fan, the girl approaches the only policeman, while in one corner I decide to fuel chaos further: “…we Apoel supporters would have smashed them all by now.” The situation is comically tragic. A young man, red-faced and with veins playing football on his throat, is shouting words that a lady couldn’t possibly repeat, while a woman in tears says “they’re waiting for us at home, our halloumi cheese will go bad!” A surreal panic!

Somehow, the adventure ends (temporarily). Some of us purchase a costly ticket with another airliner; others can’t. I arrive in Athens at midnight and have since been trying to find justice. By now I am convinced that Wizz Air is a fabrication of some sadistic android living a lavish life on another planet. There is no other way to describe chatting online with “Amelia” the Bot, who is very sorry that the flight was cancelled, she sends tearful emojis; failing to speak to an agent; holding on to a line at a charge of €2 per minute as if you are Waiting for Godot. You can’t file a complaint, unless you have an account, you cannot reset your password and you spent three times the ticket on pistachios and Godiva during an endless confinement at the airport. Travelling with Wizz Air is like a death march. You walk through uncertainty, you get exhausted, you fall.

I’ve been spat on by airlines before, I’ve lost suitcases, transit flights, I’ve stayed overnight in unfamiliar cities without my charger, but I’ve never encountered this kind of Cyprus rage.

Cypriots are just too much, right? Maybe…. But you know what we are NOT? Robots. We are NOT robots! The Wizz Air clients simply needed a representative of the gang to treat them with respect. It was after all our right. And all those websites that snub you because your fat little finger pressed the wrong button and block you from the tech elite club because well “you’re a machine” I call them digital racists of the worst kind!

Because the real Robot here is Wizz Air, it leaves its passengers stranded every day and doesn’t give a damn.

Oh yes! Wizz Air you are a Robot!