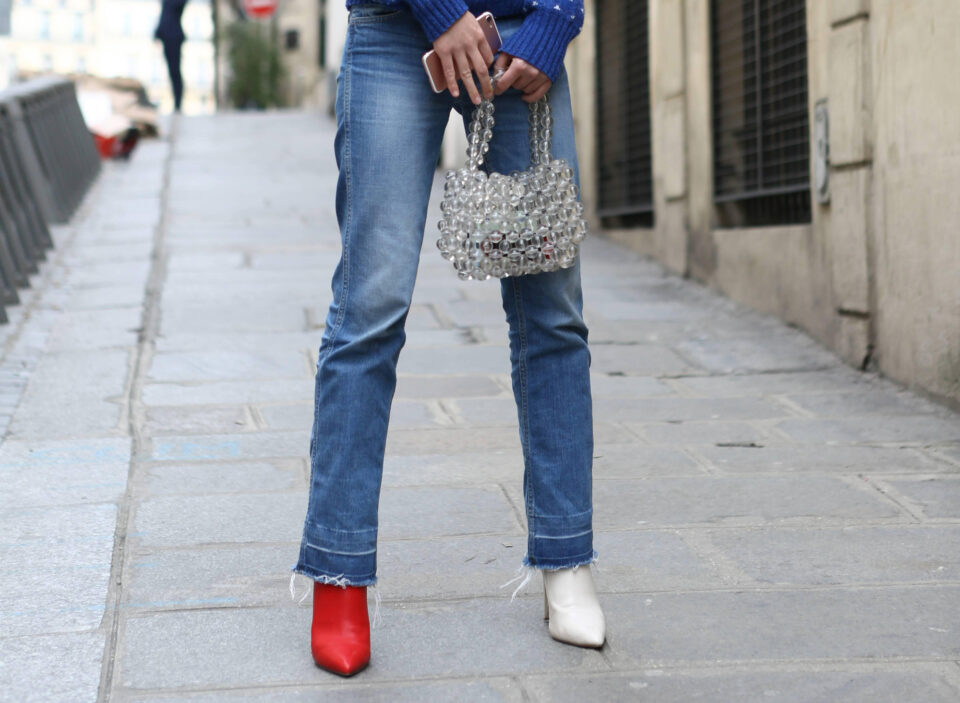 Remember in 2019 when US congresswoman Mary Gay Scanlon went viral on Twitter after she shared a photo of herself wearing one navy and one black shoe to work?

“It’s 4:04pm and I just noticed that I have gone an entire day with two different shoes on,” she wrote for a post that got more than 26,000 likes and hundreds of comments from people saying the politician’s mistake was totally relatable.

Back then, wearing clashing footwear was seen as a major faux-pas, but fast-forward to 2022 and mismatched shoes are everywhere. 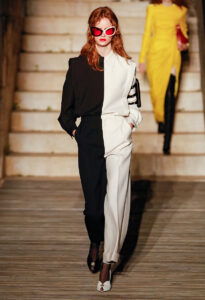 Take Paris Hilton, for example. The reality star and fashion icon wore similar but different heels – one nude, the other nude with silver embellishment – when she appeared on The Tonight Show earlier this year, with host Jimmy Fallon posting on Instagram to highlight the ‘error’.

“When you rush out of the house with the wrong shoes” the post read – as if the LA style queen hadn’t paired her designer stilettos on purpose.

The trend isn’t just for women, either. The new Ellesse Tanker tennis shoes come in two colours – light blue for the left shoe and dark blue for the right.

Inspired by Eighties tennis stars, the collection is modelled by Instagram star Franklin aka King of Trainers, so who are we to argue?

Spanish footwear brand Camper has a wide range of ironically named Twins styles for men and women, with colourful sandals, leather lace-ups and even slippers in opposing designs.

Paris Hilton isn’t the only celebrity who’s a fan of the trend. In fact, trailblazing stars have been rocking unmatching shoes on the red carpet for years.

Helena Bonham Carter landed on many ‘worst dressed’ lists when she challenged the old ‘red and green should not be seen’ adage with her clashing satin heels at the 2011 Golden Globes.

Hitting back at the criticism she faced, the actor said: “Fashion is all about having fun. I think fashion has been hijacked by the fashion industry creating rules on what one should wear and I feel like breaking the mould and seeing that the world won’t crumble.”

The queen of quirky style, Sarah Jessica Parker, has donned contrasting heels on several occasions, most notably at the 2016 Met Gala, when she teamed a white suit with blue satin court shoes, each with a different embellishment on the front.

Every so often, catwalk fashion designers like to experiment with irregular shoes. When Celine launched red and white boots as part of its spring/summer 2017 collection they proved popular with street style stars.

More recently, Alessandro Michele sent a model onto the Gucci resort 2023 runway with one black and one white shoe to match the split-down-the-middle outfit.

So while the trend isn’t actually new, the difference this time around is that you don’t have to buy two pairs of shoes to make up your own contrasting set – which is a bonus from a financial point of view.

There are lots of options on the high street and online, with everything from chunky sandals and everyday sneakers to dazzling high heels in off-kilter designs.

With designers – and shoppers – embracing individualism more than ever, mismatched shoes are a cool way for fashion fans to break the so-called rules and stand out from the crowd.