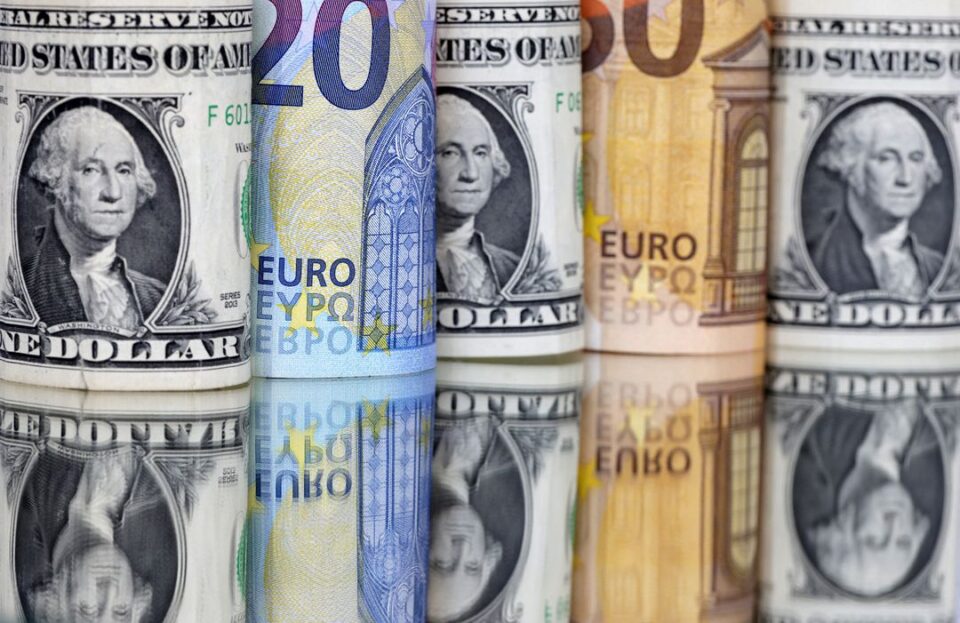 The euro rose back above parity to a two-week high against the dollar on Friday following a large rate hike and hawkish comments from the European Central Bank, while a weaker dollar helped world stocks rise to a one-week high.

The euro was plotting 1.5 per cent gains for the week after the ECB raised rates by a record 75 basis points on Thursday and signalled further hikes to fight inflation, even as the bloc’s economy is likely heading for a winter recession.

Meanwhile, Federal Reserve Chair Jerome Powell said on Thursday the bank is “strongly committed” to controlling inflation but hopes it can do this without the “very high social costs” involved in past inflation fights.

“We have seen more hawkish comments out of central banks not only in the US but globally – the Bank of England and the ECB,” said Matthias Scheiber, global head of portfolio management for multi-asset solutions at Allspring.

“You can see it in short-term interest rates.”

“A further 75bp rate step is quite possible for the October (ECB) meeting, as inflation is likely to rise further for now,” Commerzbank analysts said in a note.

The dollar stumbled 0.95 per cent against a basket of major currencies.

US S&P 500 futures rose 0.5 per cent and Nasdaq futures were up 0.8 per cent, after Wall Street’s main indexes posted modest gains overnight, following heavy selling earlier in the week.

Sterling rose 1.1 per cent against the dollar after Britain’s new leader, Liz Truss, on Thursday announced a cap on soaring consumer energy bills for two years to cushion the economic shock of the war in Ukraine.

Analysts said the death on Thursday of Queen Elizabeth, Britain’s longest-reigning monarch, would have little impact on the economy.

The Japanese currency has been a victim of the dovish monetary stance from the Bank of Japan, in contrast with rate hikes elsewhere.

US rate futures have priced in an 86 per cent chance the Fed will hike by another 75 basis points at this month’s meeting, which would increase the Fed funds rate to a 3.0 per cent-3.25 per cent range. That is up from a 77 per cent probability a day ago.

“There is still a lot of tightening to come, but I guess the Fed is getting closer to the top, so we will probably see some easing in the pace of hikes, if not in this month’s meeting, maybe in the subsequent meetings,” said Shane Oliver, head of investment strategy and chief economist at AMP Capital.

China’s consumer and producer prices rose less than expected in August, data showed on Friday, fanning hopes for more stimulus from Beijing as the economy wobbles.

Oil prices rose on Friday as investors considered Russia’s threat to halt oil and gas exports to some buyers. US crude advanced 1.2 per cent to $84.53 a barrel while Brent crude surged 1.4 per cent to $90.41 per barrel.

How Pilum Defense has created a battle-tested investigation firm

Russia warns the West: energy price cap will be your undoing