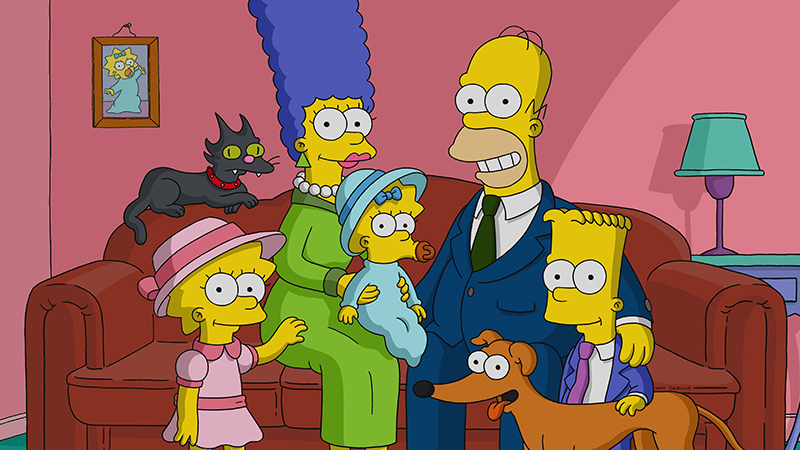 One of humanity’s greatest mysteries has always been the future. Since the beginning of time, people have attempted to predict what will happen, turning to magic, rituals and prophecies for answers concerning our destiny. Although today we use a wide range of scientific techniques to sate our curiosity, the future is still a mystery.

From the death of Henry II and the Great Fire of London to the coming of Napoleon and Adolf Hitler, the Kennedy assassination, and the accurate prediction of his own death, French apothecary and purported prophet Nostradamus’ predictions have proven startingly accurate.

Despite all the predictions of the end of the world, including the Mayan 2012 apocalypse, a dysfunctional family, who live in the fictional Middle American town of Springfield, have developed something of a reputation for predicting the future, causing viewers to occasionally shout, “The Simpsons did it!”

For more than three decades, The Simpsons has been a highly successful animated TV series packed with hijinks and hilarity, with a dedicated audience who enjoy seeing Homer, Marge, Bart, Lisa and Maggie get into mischief. Although many of its plots are absurd, some eventually wind up coming to pass in real life. Of course, the decision is entirely up to the viewer as to whether it is weird, an unconscious manifestation or clairvoyance, however, it is impossible to watch The Simpsons without feeling a little concerned about how accurate the programme seems to be about the future.

The episode Bart to the Future, in the show’s eleventh season in 2000, predicted Donald Trump’s victory. The episode, which was set in the future, made a joke about a Trump administration, which at the time seemed implausible.

In the 23rd season episode Lisa Goes Gaga, Lady Gaga is seen flying into a stadium while suspended from cables. The pop star would later perform the same stunt in 2017 at her Super Bowl halftime show donning an eerily similar outfit.

In the 1995 episode Lisa’s Wedding, Lisa visited a fortune-teller who foretold her that she would wed her college sweetheart in 2010. She called her mother to tell her the good news. The phone Lisa used had a rotary dial and a screen that displayed Marge’s face in real time. The FaceTime application, which Apple claimed it had created for Apple customers in 2010, allowed users to see the person they were speaking to while on the phone by using its camera.

The episode Marge in Chains from season 4 aired in 1993. The main character of the episode was Marge, who was imprisoned after being accused of theft. After a cargo of goods arrived in Springfield, the Osaka Flu spread across the remainder of the city.

A pandemic akin to the Covid-19 pandemic was brought on by the Osaka Flu. Before arriving in the United States, the Osaka Flu was first discovered in another nation. Additionally, the episode’s doctor advised bed rest for the patients because there was no cure for the condition right now, just as researchers were still experimenting with a Covid-19 viral vaccine.

The Simpson Tide episode, which premiered in 1998, features representatives from every nation convened at the UN discussing their own strategies. According to the Russian delegate, they wanted the other nations to believe that the Soviet Union was a thing of the past. The Soviet Union flag was then displayed, followed by images of soldiers forming up. The most recent prediction to come true in 2022 is thought to be this terrible one. Crimea had been taken over by Russia in 2014. Russia invaded Ukraine in February 2022 and carried out airstrikes against Ukrainian residents. The Simpsons showrunner Matt Selman said that this forecast stems from the ongoing tensions evident throughout history rather than some of the “trivial” predictions made on the programme.

In season 29, Homer revives a dragon that eviscerates a village of defenceless citizens, which parodies Thrones, as the rest of the family watches. The scene is eerily reminiscent of the Game of Thrones episode where Daenerys Targaryen and her dragon set the residents of King’s Landing on fire. It is one of several instances where The Simpsons has uncannily foreseen a significant cultural event.

The Simpsons’ ability to predict events that seem to be out of the blue is often amazing, even though the show’s writers have occasionally questioned the show’s role as a modern-day Nostradamus. However, Selman has disclosed that the newest season of the show, which premieres at the end of this month, will finally reveal to fans exactly how “The Simpsons did it!”

The pioneering Greek spirit in Africa

Two injured turtles nursed back to health, released into wild