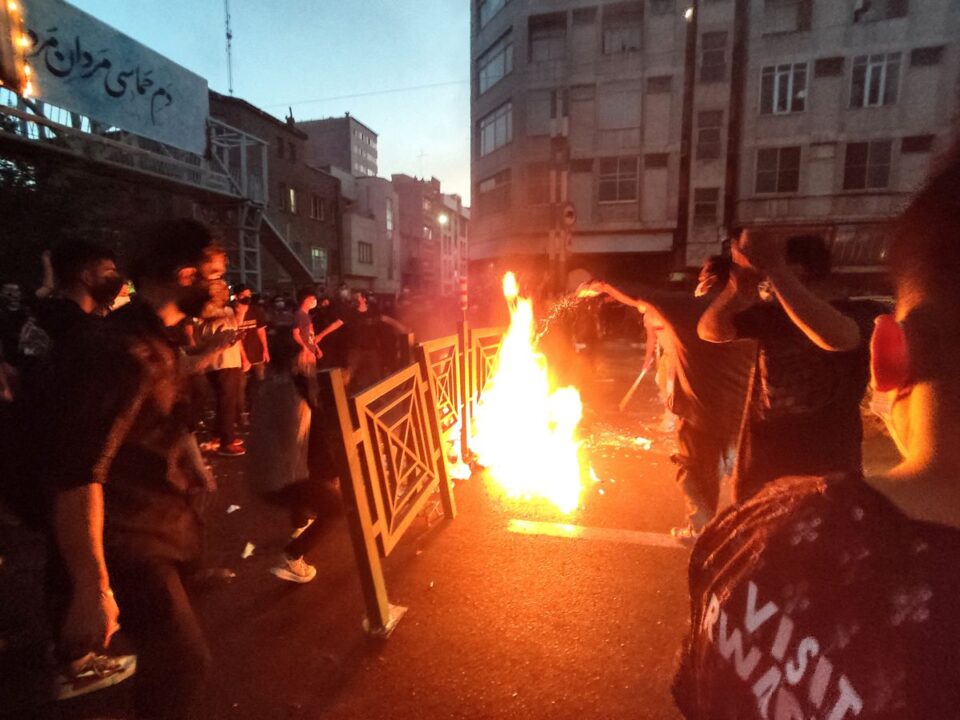 The killing of 22-year-old Iranian Kurdish woman Mahsa Amini at the hands of Iran’s ‘morality police’ on September 16 has triggered a massive wave of national protest against theocratic rulers who have dictated every aspect of life in the country since the Islamic Revolution of 1979. Mahsa’s crime, believe it or not, was inadequate covering of her hair.

Over the past decades there have been several country-wide uprisings in Iran against tyranny and corruption, and they have all been put down brutally by the revolutionary government. The country’s abysmal human rights record compares to the worst in the world, while the number of executions comes second only to China.

The great majority of Iranians are under 50 and have been brought up under Islamic rule, where they have been bombarded daily on the merits of religious life and revolutionary politics. Yet despite all that, they are now flooding the streets across the country rejecting 43 years of totalitarianism, killings and corruption, which have left them among the world’s poorest in a country rich with nine per cent of the planet’s oil and gas.

Interestingly, the new set of protests seem different from those before. Protestors appear to have gained the courage not to backdown in the face of the battering by the religious militia and the riot police, where in the past they would normally retreat. In fact, on many an occasion government forces have fled the scene fearing the swarming wave of protestors. This is a remarkable development and may be a game-changer in the play-offs in the streets that will mark the future of Iran.

Secondly, Iranians claim that for decades the world’s media turned a blind eye to their plight. Commercial interests overrode ethical concerns in the West, in a country that already receives support from Moscow and Beijing. Now at last, Iranian people are happy to see their predicament reported by international networks thanks in large part to social media. In response, Iranian mullahs have filtered Instagram and have slowed down the internet to the point of it being inoperative.

The reformist faction has long lost its credibility among Iranians, who consider them just as corrupt and nefarious as their hardline counterparts. Their long record of holding power in post-revolutionary Iran reflects just as much gloom and despair. Reformist leaders such as former president Mohammad Khatami, former speaker of Majles Mehdi Karoubi and former prime minister Mir Mousavi, all have their hands tainted with the blood of the innocent. Let us not forget that, by and large, all the hostage-takers of US diplomats in Iran in 1980 belonged to the reformist faction.

The current unrest is increasingly receiving the support of luminaries inside Iran and abroad. Even international celebrities and people such as the creator of Harry Potter JK Rowling, American-Palestinian model Bella Hadid, German foreign minister Annalena Baerbock, Chilean president Gabriel Boric and US President Joe Biden, have openly and unequivocally condemned Mahsa’s murder and have sided with the Iranian people. This level of support will boost the morale of the people.

In open defiance of the regulations on obligatory hijab, many female protestors have appeared in public without a head cover, some of them even burning their headscarves as a mark of protest against the mandatory Islamic dress code but more importantly as a symbol of opposing the Islamic Republic in its entirety. Slogans chanted in the streets across Iran such as ‘we don’t want Islamic government’, says it all.

How is the Islamic Republic of Iran likely to respond to this most potent threat to its survival? More and harsher measures of repression are the most likely course of action for now. However, the richest and the most powerful institution in the country, the Revolutionary Guards (IRGC), may decide to take matters into their own hands. In the face of greater unrest and increasing risk of defection among the security forces, the IRGC leaders may be tempted to save the regime by staging a coup and officially taking the reins of power. The ailing supreme leader, Ali Khamenei, may be ill-placed at the moment to challenge a military takeover by the Revolutionary Guards.

However, even in such an eventuality it is doubtful the IRGC would maintain full control in the long run. Ideologically organised and poorly disciplined, they lack the military ethos to hold it together for too long at the helm. The regular army at some point may then be pulled into action, whose cadre are three times more numerous than the IRGC. Throughout these turbulent times the long history of Iran will act as an effective barrier to civil strife for a nation that has survived thousands of years and many adversaries. Mahsa’s death, like many before and after her, will not have been in vain.