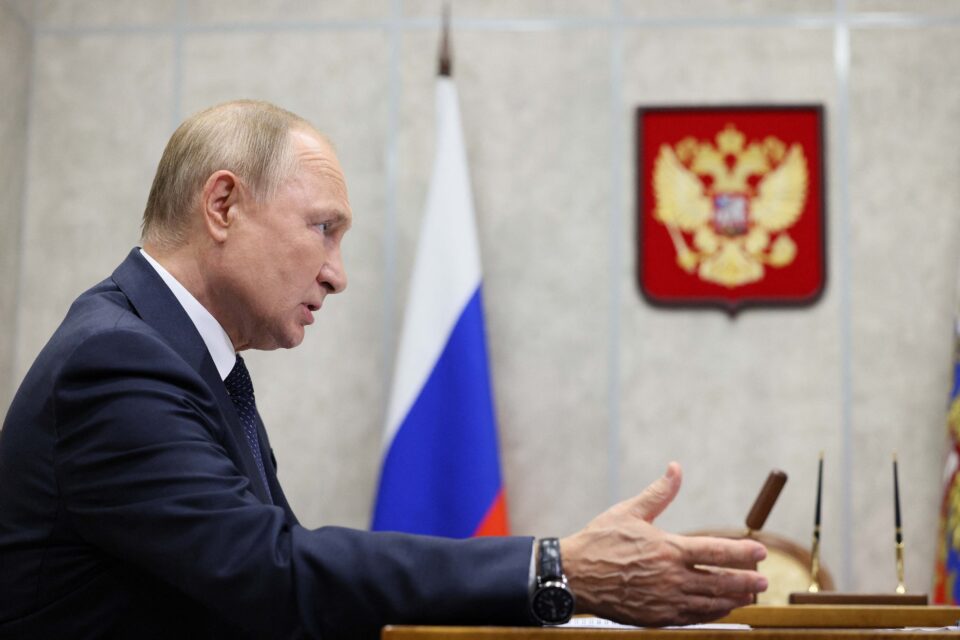 President Putin is not accountable and the system of government in Russia is notoriously corrupt.

Compare and Contrast. Russian President Vladimir Putin, who ordered the invasion of Ukraine after lying to the whole world that he had no such intention, is still in power after 22 years, whereas UK Prime Minister Boris Johnson was ousted from power after three years for lying that he did not know his party manager was a pathological groper.

The system of government in the UK is obviously much better than Russia’s, which is why London’s Kensington and Chelsea is still full of Russians – oligarchs, emigres and others. Political leaders in the UK are as accountable as they are dispensable and the system is not corrupt like it is in Russia. President Putin is not accountable and the system of government in Russia is notoriously corrupt. He answers questions in public once a year but he is not tested week in week out like a UK prime minister is during PMQs that ensures maximum accountability. And although Putin has been re-elected a number of times, he has smothered free and fair elections in Russia to stay in office.

A British prime minister could never threaten nuclear war against any state that would pass muster in Parliament or the country. Britain is ready to engage in nuclear war but the attitude of a British prime mister to pressing the nuclear button is best exemplified in the Yes Prime Minister comedy series when the fictional Jim Hacker is presented with the nuclear trigger and is appalled at the prospect of having to use it: what if I got drunk or went off my rocker, he asks Sir Humphrey Appleby.

President Putin has no such qualms. On Wednesday, for the second time this year, he threatened to trigger the Russian nuclear button. “The citizens of Russia can be sure that the territorial integrity of our motherland and its independence will be ensured. We will certainly use all means at our disposal. This is not a bluff.”

Well it is and it isn’t. US President Richard Nixon believed in the madman theory of conducting diplomacy aka ‘going nuclear’. Apparently, he told his aide Bob Haldeman that if they let it slip out to the Vietnamese that when he, Nixon, is angry he is unstable and with his hand on the nuclear trigger a nuclear attack is possible, they would come running to the negotiating table.

President Putin’s methodology in letting it be known is different, but his motivation is the same. He prefers to use the more direct approach that pays lip service to the fact that it is lawful to threaten to use nuclear weapons in self defence.

In its Nuclear Weapons Advisory Opinion in 1996, the International Court of Justice at the request of the UN General Assembly opined that no general prohibition of the threat or use of nuclear weapons in self defence had yet solidified under customary international law, although any use of nuclear weapons had to be necessary and proportionate in circumstances where the survival of a country is at stake. Whether the ICJ would reach the same conclusion a quarter of a century later is hard to say.

If Putin was merely stating the position in international law, he was stating nothing more than the opinion of the ICJ in 1996. However, the context clearly suggests that his threat to use nuclear weapons was unlawful. He made the threat after deciding to hold referendums to annex parts of eastern Ukraine at present under Russian occupation during an ongoing war against Ukraine which Russia began by invading, and which she is losing badly.

Annexing part of another state is unlawful; it follows that threatening to use nuclear force to defend annexed land as if it were part of your own territory would be unlawful. It makes a mockery of the right to self defence since it is settled law that you cannot avail yourself the defence of self defence if you are the aggressor.

Nato may have gone too far in encouraging Ukraine to join the alliance, but it has not endangered the survival of Russia. It may be destabilising for the regime of President Putin but that’s not the same thing.

When Russia was on her knees during the Yeltsin years in the 1990s America and Nato hurt her amour propre but they never threatened her survival. Indeed, Russia under his presidency was allowed to rise like the Phoenix from the ashes of the collapse of the Soviet Union to her rightful place as a superpower, which it wouldn’t have if the West wanted to destroy Russia. So the idea that the West is endangering the survival of Russia as a justification for threatening to use nuclear weapons is absurd.

That’s not to say that Nato was wise to expand eastwards close to Russia because it was not; the West should have imposed enlightened self-restraint and resisted being taken in by states with a lot of anti-Russian baggage. They should have realised that expansion eastwards was humiliating for old KGB apparatchiks like Putin. It was a failure of intelligence as well as statecraft.

Like some people in Britain’s former colonies carry a lot of anti-British sentiment – a hangover from colonial times – some in the Soviet Union’s former constituent states feel much the same about Russia. It is often justified but that does not mean the West has to go to war, military or economic, with Russia just because her former colonies bear an anti-colonial grudge.