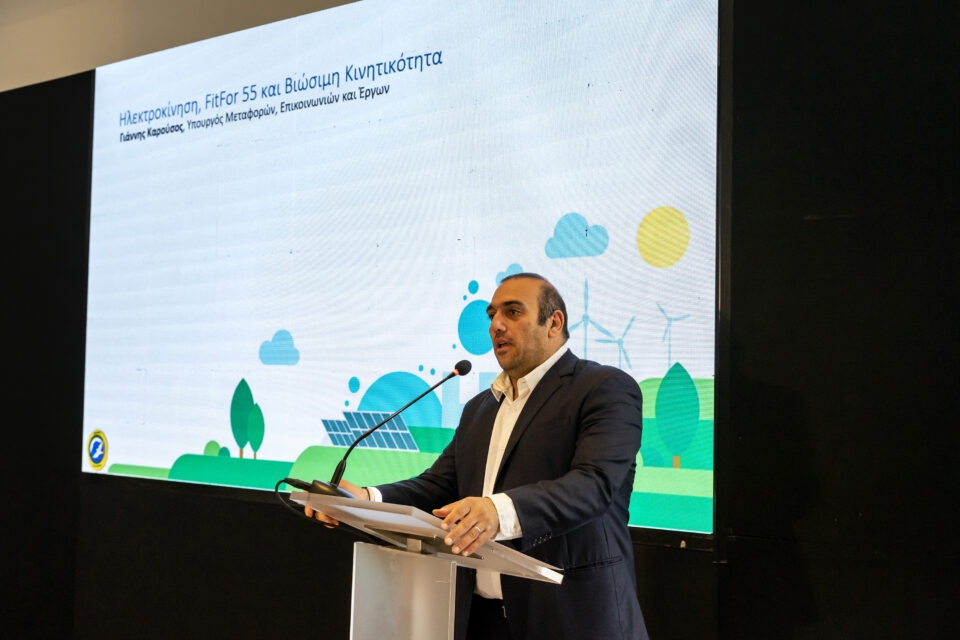 Speaking during a ceremony for ‘The Energy Transition and the role and increase in Ecological Health Systems to achieve the goals of sustainable development’ in Aradippou, Karousos said the government is pursuing “Fit for 55” and the Green Transition.

“The council of ministers approved the policy framework for electric mobility, with the main goals of focussing on structures, actions, and legal revisions to implement this framework,” he said.

There was no longer of a case of policy overlap between the transport and energy ministries, said Karousos explaining they had clear guidelines regarding each’s responsibilities.

Regarding the incentive programmes for buying electric vehicles, he said: “The programmes we announced for electric mobility were a great success, about 8,000 people applied and showed interest in buying an electric vehicle if approved. At the same time there is great interest from businesses, especially those dealing with distribution, to use electric transports.”

He said the objective was to achieve the goals of the Green Transition, which together with the “Fit for 55” plan would require sacrifices by generations to come.

“In Cyprus, a large portion of the responsibility in achieving these goal rest with the Transport Ministry, since about 50 per cent of the pollution comes from transport,” he said.

The ministry, he said, has an important role to play, with programmes in the works for public transport and making it more sustainable.

Commenting on the works done in his town, Evangelides said: “We proceeded with the creation of photovoltaic parks for the needs of the Municipality of Aradippou. We also undertook an innovative initiative to bring people who know the issue of hydrogen, to push the state to work faster in this direction.”

He added that the goal was to help the people, deal with the energy issues and increases in fuel prices.

Energy Ministry Permanent Secretary Marios Panayides said: “Climate change as well as high energy prices, energy security and sufficiency is one of the biggest problems at the global level, which has created an urgent need for coordinated and decisive action, not only in Cyprus, but more generally in the European Union and internationally.”

He added that the ministry was working intensively to re-evaluate their policies, considering the new geopolitical situation in the region.