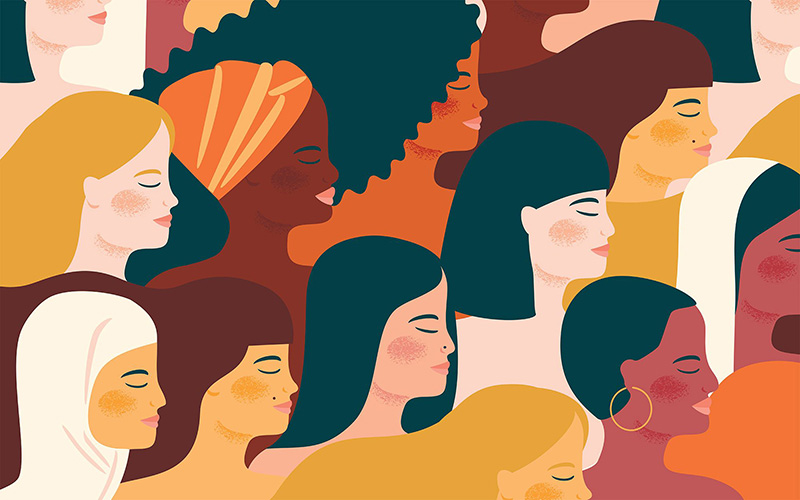 As far back as I can remember, there has always been a voice in my head telling me that I can accomplish anything I set my mind to. It would also frequently tell me that I should discover my own voice in the world and that, no matter how many times I failed, pick myself back up and try again.

That same voice would reassure me that courage is not defined by toxic masculinity and the societal pressure for boys and men to act tough and be powerful; and like Billy Elliot, overcoming adversity and change is the greatest gift of all.

That same voice, spoke at a time when male chauvinism was dominant and discouraged women from having professional careers and encouraged them to stay at home and raise a family.

I owe my mother a great deal. A woman whose face we greeted first thing in the morning – the same face we kissed before turning out the lights. Her unwavering silence gave the impression that everything was working well at home, and that her sacrifice was rewarded by the successes of her children, and the smiles from her family at the end of every extraordinary and lovingly prepared meal.

What I did not know at the time was that my mother had a successful career ahead. An excellent artist and gifted fashion and costume designer, whose career would go on to succeed, if allowed, alongside many other well-known designers of her generation.

Yet this multi-talented individual was ‘programmed’ to believe that a woman’s voice could only be heard through her spouse’s, and that her opinions were often taken into consideration, however rarely a deciding factor.

Like all the women of her generation, my mother is someone I often refer to as an ‘unsung hero,’ whose deeds more than often received little recognition or praise.

For a long time, women have served as my inspiration for various things. From my mother, whose example helped me establish a strong foundation, and my wife, whose inspiration and support helped me find the inner strength to walk again after a near-fatal car accident, to the heroine who filled the pages of my first novel, the outspoken women like Melina Mercouri and Maria Callas who inspired my theatrical productions, and the women of Cyprus who take centre stage in my upcoming film. The time for women to be recognised for their social and relational abilities, as well as their incredible political and business mindset is long overdue.

When I started doing research for a script that was intended to raise awareness of the Cyprus situation on a global scale, my creative process would take a different turn. In a house in Old Town Nicosia, over 40 Greek Cypriot and Turkish Cypriot women gathered around me, as they shared their personal accounts of the war. I would hear stories of abduction, torture, loss, rape, abortion, and death during the five-hour session. Poignant stories that continue to echo in my mind daily.

In that very room, the basis of my screenplay, 74 was conceived, with the protagonists – the women of Cyprus. These unsung soldiers of war, whose stories would be told through a full-length feature to be released commercially around the world next year.

The state of female power around the world looks a bit different than it did at the end of the previous century. Admittedly, Cypriot women have gained ground, breaking the boundaries across a wide range of sectors, while building a path for the next generation of female leaders. Thankfully, the world is rife with examples of ‘unsung heroes’ who have overcome the most difficult obstacles to make their voices heard. It is now time for these inspirational individuals to accept full recognition and be recognised for their accomplishments.