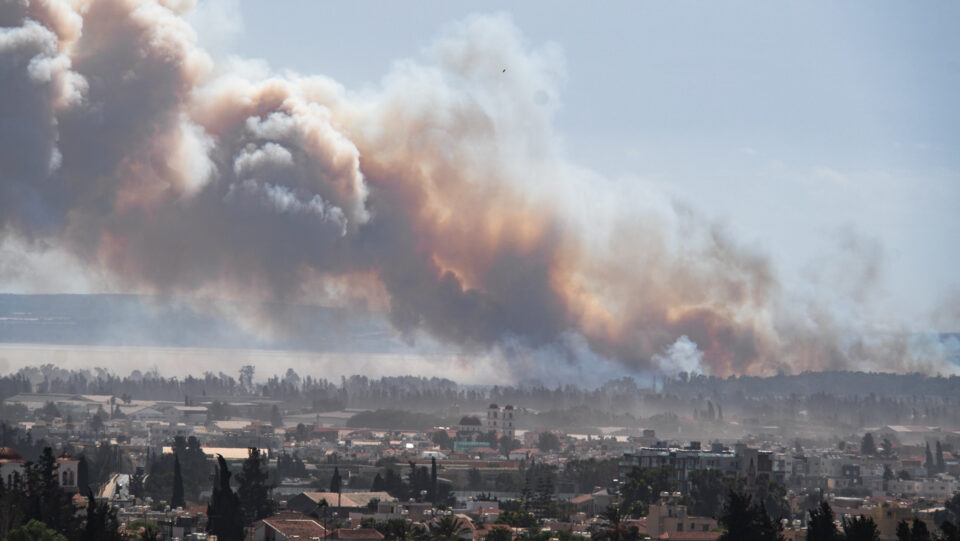 The British Bases are continuing investigations as to whether a large-scale fire in the Akrotiri area, a protected wetland, was an arson attack they said on Friday.

The fire broke out on Wednesday and burned around one square kilometre of forested land in the area between Fasouri and Asommatos, threatening wetland areas.

After the blaze was extinguished, the SBA began investigations into the cause of the fire, but have so far had no results, a spokesman told the Cyprus Mail.

The area is protected and under the Ramsar Convention (the Convention on Wetlands of International Importance signed in the city of Ramsar, Iran in 1971).

Weighing in on the fire, Green Party coordinator for the Limassol and Paphos districts, Andreas Evlavis said that he was disappointed and described the fire as a crime.

He added that the Akrotiri peninsula was an environmentally sensitive area, with great value, which was being driven to destruction due to large-scale developments in the area.

He said he believes the fire was arson.

“For so many years, we did not have fires in the area, and now we have, after so many developments have been given the go ahead,” he said.

Commenting further, Evlavis said that the wetlands have already been affected by the developments in the area, and that they have already started to show signs of changing.

As he explained to Phileleftheros, in the past there were various requests from the relevant government authorities that patrols be established in the area to prevent fires, however, they were ignored, and financial interests were set as a priority.

Evlavis added that for over a year the Green Party has been holding meeting with government authorities and environmental ogranisations to look into protecting the area.

“Our goal is to protect this area, which has great environmental value, and to promote it, however, unfortunately, events are catching up with us,” he said.

Evlavis also raised concern over the fact that following these fires, Acacia plants – an invasive species in Cyprus – have more room to grow, causing other disruptions in the area’s ecosystem.

Regarding the fire, the head of the forestry department Charalambos Alexandrou said that it seems to have been arson, as three points of origin were found far apart from each other.

On Wednesday, the blaze broke out around 1pm and smoke could be seen across the area. It was brought under control about five hours later.