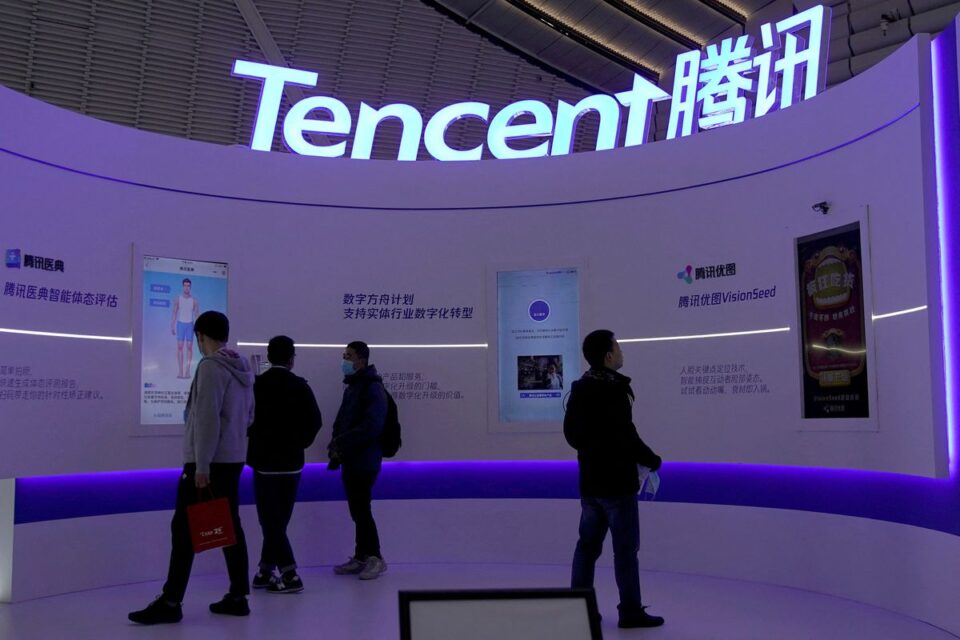 Tencent is resetting its M&A strategy to put more focus on buying majority stakes mainly in overseas gaming companies, as the tech giant eyes global expansion to offset slowing growth at home in China, people with direct knowledge of the matter said.

Tencent Holding Ltd (0700.HK) has for years invested in hundreds of up-and-coming businesses, mainly in the onshore market. It has typically acquired minority stakes and stayed invested as a passive financial investor.

However, it is now aggressively seeking to own majority or even controlling stakes in overseas targets, notably in gaming assets in Europe, the four people with direct knowledge of the matter told Reuters.

The shift comes as the world’s number one gaming firm by revenue is counting on global markets for its future growth, which requires a strong portfolio of chart-topping games, the sources aid.

Tencent’s new strategy indicates how China’s tech titans are looking to emerge from the regulatory shadows after two years of crackdown and uncertainty that weighed on their sales at home and triggered a massive selloff in their stocks.

Apart from the core gaming sector, Tencent is also looking to snap up global assets, in particular in Europe, related to the so-called metaverse, said one of the sources and another source with direct knowledge of the matter.

The people declined to be identified as the information was private.

Tencent told Reuters the company had been investing abroad for a long time – “long before any new regulations” in China. It looks for “innovative companies with talented management teams” and gives them room to grow independently, the company added, without elaborating.

Tencent’s pursuit for bigger stakes in gaming firms comes as other tech giants such as Microsoft , Sony (6758.T) and Amazon are snapping up gaming assets and related intellectual properties, said three of the sources.

“In terms of the game business, our strategy is … to focus on developing our capabilities especially in the international market,” he said. “We will continue to be very active in terms of acquiring new game studios outside China.”

Tencent’s growing focus on overseas assets and markets is in sharp contrast to its much slower dealmaking pace at home since the regulatory clampdowns intensified, and the divestment of a clutch of domestic portfolio companies.

From 2015 to 2020, the owner of China’s number one messaging app WeChat 150 investments at home totalling $75 billion, compared to 102 deals worth $33 billion in overseas markets, according to Refinitiv data.

Tencent in August reported its first ever quarterly top-line fall, partially hurt by a lack of game approvals in China and regulations that limit playing time. Revenue from online games decreased both at home and abroad by 1 per cent.

Its Hong Kong-listed shares have sunk some 60 per cent in the last two years.

Against that backdrop, Tencent has barely made investments in China this year versus 27 deals worth $3 billion offshore, Refinitiv data show. It has been reducing its portfolio partly to placate regulators and also to book some hefty profits, sources have told Reuters.

“We believe Tencent will continue to make reasonable investments to acquire quality gaming content and talents and deepen partnerships with top-tier studios worldwide in order to step up its investments and presence in overseas markets,” said Citi analysts in a report in early September.

Tencent’s pursuit of bigger stakes in its existing gaming portfolio or new targets would give the company a bigger say in such firms’ businesses and also help it secure the intellectual property rights of popular games, said the four sources.

Also, with Beijing strictly restricting game approvals at home and still suspending approvals for games of foreign IPs, Tencent is forced to move towards gaining control of foreign game companies and their IPs, said the four sources.

Tencent in September raised its stake in Ubisoft (UBIP.PA) in a deal that made the Chinese firm the single biggest shareholder of the top French games developer, with a stake of 11 per cent which can be further increased to as much as 17 per cent.

Last year, Tencent said it would take over British videogame developer Sumo in a $1.3 billion deal – one of its largest foreign transactions since the regulatory crackdown in late 2020.

In Europe, except for its purchase of majority stake in “Clash of Clans” mobile game maker Supercell for $8.6 billion in 2016, Tencent has for years mostly cut minority deals including its purchase of 9 per cent of British gaming firm Frontier Developments.

Elsewhere, Tencent also seeks to increase its investment in and make deeper forays into Southeast Asia as it sees the region – home to 650 million people – as having potential to replicate the success of China’s internet boom, said two of the sources.

Since last year, the company has repeatedly emphasized that it is aiming to have half of its gaming revenue coming from outside China, from about 25 per cent now. In doing so, it in December launched a new publishing brand called Level Infinite in Singapore.