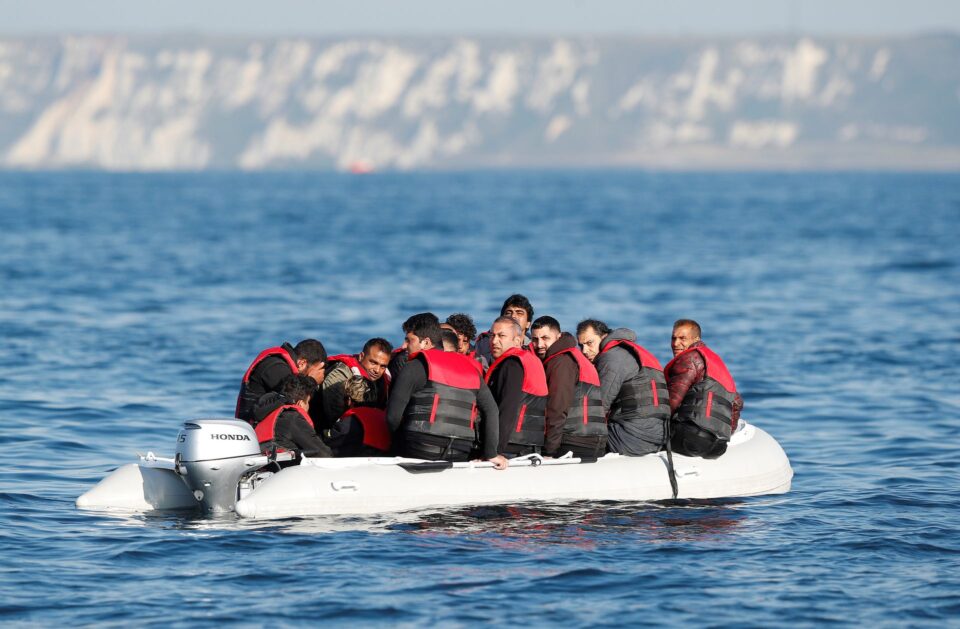 A boat full of illegal migrants entering the UK

In April 2022, the UK government announced a new immigration plan regarding the relocation of asylum seekers who arrive in the UK through unlawful routes. The government stated that its purpose is to stop people reaching the UK illegally, highlighting that these people risk their lives during dangerous journeys to the UK and fuel the migrant smuggler business.

This announcement came as a result of the UK-Rwanda asylum partnership agreement concluded in April of this year. In April 2022, the UK and Rwanda agreed a “Migration and Economic Development Partnership”, which includes a five-year “asylum partnership arrangement” signed by the UK’s home secretary and Rwanda’s foreign minister. The asylum agreement allows the United Kingdom to send certain people to Rwanda who might otherwise seek asylum in the UK. Rwanda would consider allowing these people to stay in Rwanda or return them to their home country. Asylum seekers would not be allowed to return to the United Kingdom. In exchange, the UK is to provide Rwanda with £120 million in funding and will also cover the costs of processing and integrating each relocated person.

According to the government this new arrangement would deter criminality, exploitation and abuse of the refugees. However, it has received wide criticism from a range of domestic and international stakeholders. The legality, practicality and value for money of the plan have also been questioned by some MPs in the UK parliament.

Despite the fact that the UK-Rwanda agreement has been challenged on several grounds as being unlawful, and despite of all the criticisms received, the government proceeded with its decision to schedule the first flight to Rwanda on June 14, 2022. The flight to Rwanda was first scheduled for 30 asylum seekers. This number reduced to seven after some proposed relocations were challenged on several human rights and health grounds. On  June 10, 2022, the High Court considered an application to the European Court of Human Rights (ECHR), for an urgent interim injunction to stop any relocations before a related judicial review had been considered regarding the legality of the deal.

Following the High Court’s application to the ECHR, the court, on June 14 decided to grant an urgent interim measure, under Rule 39 of the Rules of Court, in the case of KN v the United Kingdom. KN is an asylum seeker from Iraq who was facing imminent removal to Rwanda, following the establishment of the asylum partnership arrangement between the UK and Rwanda.  According to the court, the applicant should not be removed to Rwanda until the final domestic decision in his judicial review proceedings has been delivered. Meanwhile, during the same day, other individuals who were also due to be removed to Rwanda initiated applications to the court and requested interim measures to stop their removal from the UK. As a result of these, the scheduled flight to Rwanda was cancelled.

Several factions in the UK, especially the right wing of the then Prime Minister Boris Johnson’s Conservative Party, were not happy with the intervention of the ECHR, leading the prime minister to call for Britain to pull out of the European Convention on Human Rights altogether.

In the meantime, the UK government continued receiving wide criticism from a range of domestic and international stakeholders in respect of the said policy’s legality. The incompatibility of the policy with the UK’s obligations under international refugee, human rights and anti-trafficking law has been questioned.

First of all, the partnership agreement between the UK and Rwanda seems problematic in light of the UK’s obligations under the Refugee Convention (1951 Convention Relating to the Status of Refugees). According to the UK Rwanda agreement, people are debarred from applying for an asylum on the grounds of their illegal entry to the United Kingdom. However, Article 31 of the Refugee Convention obliges the contracting states not to impose penalties on refugees on account of their illegal entry, explicitly recognising that most refugees have no choice but to travel irregularly. The agreement also seems to be in violation of Article 33 of the convention, which prohibits contracting states expelling or returning (‘refouling’) a refugee in any manner whatsoever to the frontiers of territories where his life or freedom would be threatened.

In light of Rwanda’s human rights record, which according to Amnesty International, contains violations of the rights to a fair trial, freedom of expression and privacy’ as well as enforced disappearances, allegations of torture and excessive use of force’, it is doubtful whether Rwanda is in fact a safe place to transfer asylum seekers. Moreover, the UK endorsed the Global Compact on Refugees and the Global Compact on Safe Orderly and Regular Migration in 2018. Although the compacts are non-binding and do not create any new obligations on the states, the UK-Rwanda agreement is incompatible with the UK’s existing obligations in international law on which the compacts are also based.

However, despite all the criticism with regard to the deal’s illegality and the ECHR’s last minute intervention, the UK government seems committed to its  UK–Rwanda policy and  is taking steps to make implementation of it possible.

On June 22, the UK government announced a plan to pass new legislation which would replace the current UK Human Rights Act. This announcement came only one week after the ECHR’s intervention to stop the asylum seekers’ removal from the UK. The new legislation aims at stopping interim measures from the European Court of Human Rights from being binding on the UK courts.

The UK justice ministry stated that this new law would free British courts from the obligation to follow the case-law of the ECHR in all circumstances, and it would make it clear that the UK’s own Supreme Court is the final decision maker on human rights issues. Human rights groups have expressed their concerns about the proposed new law, stating that as a result of this, public bodies would have less obligation to actively protect human rights. Stephanie Boyce, president of the Law Society of England and Wales, also said that the legislation represented “a lurch backwards for British justice”.

In the near future, we will have the judicial review outcome of the UK courts and a clear road map from the UK government for the implementation of its proposed new law. Given that the UK was amongst the first states to sign the European Convention on Human Rights these developments are clearly very significant. The ECHR intervention received high condemnation from many politicians, and it would be a tragic development if the UK’s human rights record were to diverge from the European Convention on Human Rights and its principles.