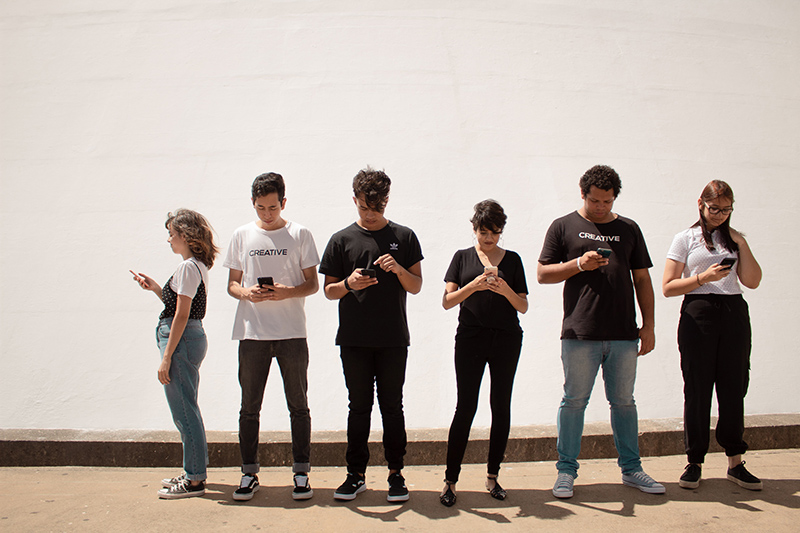 Molly Russell, an apparently happy teen, killed herself and an investigation into her death seeks answers because her grieving, bewildered father wants them, and accountability. Some blame is directed at tech companies which, he thinks, are in part responsible via algorithm managed sites swamped in depression that encourage self-harm and suicide, and are not properly and promptly monitored. Why are such sites allowed to even exist?

Mental baggage is a litter of jigsaw pieces that don’t always assemble into a complete picture, and every mind has its own exclusive territory. As Molly’s father campaigns to help other youngsters avoid her fate, a scientific study concluded that teenage girls suffer more from depression than boys during that hormonal process. They have more to deal with.

The first period stays in the mind like the first kiss, the first sex. Girls have more to lose by engaging sexually with boys than the reverse. Girls attracted to their own sex may not be able to talk to parents and feel deeply unhappy covering up who they want to be. Teen physical and emotional growth can be understandably difficult for girls from problem backgrounds: the girl who seldom sees her overworked single-parent mother and falls in with bad company, the teen of acrimoniously divorced parents who feels torn between loyalties, and the worst case, the child who goes home to alcoholism, drug addiction, sexual or physical abuse. And what of the special needs teen now aware of sex?

In Molly’s case, her home life was normal, which makes her path to self-destruction all the more confusing. What led to her ‘bleak’ addiction to depressive sites, what turns a contented youngster to self-harm or suicide, leaving parents wracked with guilt as to what they could have done, what they missed, how they could have helped. Science is not a static entity, it evolves, changes its mind and methods. The human brain is a jungle, most of which is unexplored, and behavioural patterns taken for granted by medical science are rightly re-examined and questioned as research improves and a fresh brain takes a fresh look at stagnant theories.

Some psychiatrists are guilty of listening with only half an ear to patients whose old stories they know and persist in prescribing drugs a patient insists doesn’t suit their body. Other doctors question the accepted norm. British psychiatrist Joanna Moncrieff, University College London, is gazing hard at whether low serotonin levels really contribute to depression, the use and misuse of pharmaceutical drugs and the behavioural alterations some drugs cause.

Science sends people into space, yet teen girls are offered antibiotics or the birth control pill to combat hormonal acne. Why has no aid yet been found for this distressing common condition that will be safer in the longer term? These are physical medicines. What of the teen in need of psychiatric drugs that can have terrible side effects adding to whatever other complication is under medical scrutiny. Can’t research do better?

The young have far more to cope with today than before. Religion, which used to play a dictatorship role in morality and where one was shamed into ‘confessing’ sins, isn’t such a restraining force in many homes now. Movies the young watch on streaming services certainly enforce the notion that all early teens have sex as often as they have soft drinks, or is it beer now? On-screen groping, clothes tearing, instant gratification are all depicted as the norm.

Easy to see why a girl who isn’t willing to be persuaded by a boy that ‘everybody does it’, can be made a figure of disparagement in front of a peer group or on social media and set up to feel ‘abnormal’ and alone. Depression varies, downward dips into gloomy introspection come and go when specific events cause hurt. That isn’t a constant swamp; it alters and lifts. Serious depression is deeply embedded, it hits hard and long, and it’s difficult to pin down the whys in certain cases: it’s just there. Looking into what’s bothering your teen instead of just looking or talking at her, may be a saver.