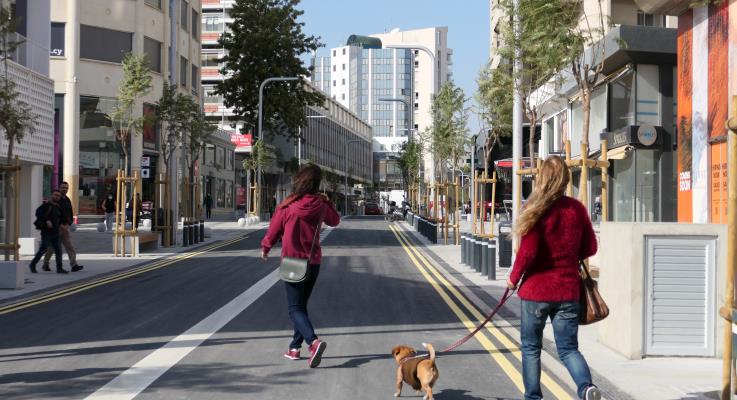 The Economic Policy Uncertainty Index (EPU) in Cyprus surpassed all previous records in April 2022, after the Russian attack on Ukraine last February, reaching a value equal to 364.8, according to a report by the University of Cyprus’ Economics Research Centre (CypERC).

The Economic Policy Uncertainty index is used as a tool that quantifies uncertainty, facilitating further analysis, and allowing for the identification of its effects on the economy and consequently the assessment of current and future economic policy.

According to the report, the EPU Index contains data for almost 30 countries, including 11 European countries, to which Cyprus was recently added, with data produced by the Centre for Economic Research of the University of Cyprus.

As the centre explained, the EPU Index weighs information on a monthly basis, referring to newspaper articles containing specific keywords, such as articles that include the words economy, uncertainty, and reform or deficit at the same time.

Examining how domestic and international developments affect the price of the EPU Index in Cyprus, the centre observed its rapid increase in April 2020, when it reached 345.27, following the first cases of COVID-19 and the imposition of restrictive measures in the country.

In addition, after the turmoil in the international economy, primarily due to the war in Ukraine, the price further increased to 364.80 in April 2022.

Estimates from other countries, including Cyprus, show that an increase in uncertainty primarily affects investment in a negative way, while the effects on GDP and employment are also significant, estimated at around 1 per cent and 0.5 per cent respectively.

In the case of Cyprus, it appears that the effect is negative on productivity, investments and on consumption. Conversely, the effect on unemployment has been observed to have been positive. According to forecasts, the effects of high uncertainty will extend beyond the span of a year, although at a decreasing rate as we move forward.

For the sake of comparison, the publication notes that in March 2013, when the haircut of bank deposits (bail-in) was imposed in Cyprus, the price of the index stood at 290.97.

What is more, Germany’s uncertainty index has reached 785, while its previous highest value was 598, recorded in December 2021, possibly due to increased Covid-19 cases, while it reached 498 in March 2020, at the beginning of the pandemic.

The European EPU6 Index reached its highest value in 2016 due to the Brexit referendum, where it stood at 433, with the next highest value occurring in March 2022, just after Russia’s invasion of Ukraine, with a value of 396.

The research centre has pointed out that the increase in the uncertainty index, both in Cyprus and in other countries, has reached historically high values.

It added, however, that this measurement serves to assess the extent and duration of its effects on GDP, consumption, investment and employment.

By extension, the centre explained, the index also serves to exercise a more effective economic policy.