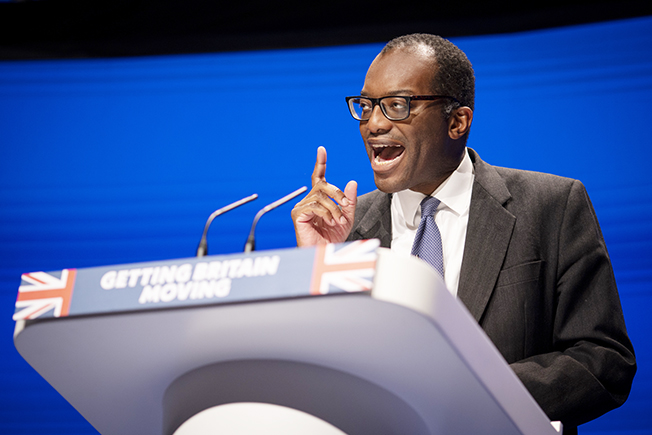 UK Chancellor Kwasi Kwarteng has made a dramatic U-turn over tax cuts for the rich. The bottom line is that when it comes to budgets, numbers need to add up. Whether it is via complex euro-area structures or simply the markets, discipline will be imposed, and losses will be incurred

The aftermath of the announcement of an end-September tax-cutting plan in a bid to jump-start growth in the United Kingdom was reminiscent of the financial crisis in that it underlined the systemic nature of a country’s safe asset, its sovereign bonds.

It was also a reminder that financial markets have organised themselves based on a low interest rate environment. As interest rates increase over the course of the next few months, there are bound to be asset-price corrections and rethinking of investment decisions. The pace of rate increases will also define the pace of such corrections.

In the UK, markets shed government bonds because the tax cuts were deemed irresponsible. Soaring yields left pension funds searching for collateral to satisfy margin calls in their hedging strategies. Thus they also shed liquid government bonds, which led to a vicious circle of bond selling. Pension markets are of systemic nature because they represent more than one year’s worth of UK GDP. Government bonds represent a substantial proportion of pension-fund assets. Therefore, the Bank of England, fearing financial instability, intervened to stabilise the government bond markets.

This intervention, however, showed the ugly face of fiscal dominance, i.e., the situation in which central banks apply policy to make government finances sustainable. Fiscal dominance was of course discussed during the financial crisis when central banks first started buying bonds (known as quantitative easing or QE) as a way of stimulating the economy.

Interest rates at the time were very low and central banks had exhausted other ways to do their job. QE became an unconventional tool to stimulate the economy.
Now that interest rates are increasing to reduce inflation, QE is only justified as a way of safeguarding financial stability. So, QE has acquired a dual role: as a monetary tool to stimulate the economy and as a financial stability tool to contain sovereign bond yields. In a low-interest rate environment, these roles work in harmony. But as inflation picks up these two roles push in opposite directions. The Bank of England found itself pushing the accelerator and the brake at the same time. This is awkward at best and counterproductive in terms of controlling inflation.

It may be the UK that was the first to find its central bank in this awkward position, but this is relevant to all. The European Central Bank in July approved the creation of a Transmission Protection Instrument (TPI). This is a promise to intervene and buy a country’s government bonds to prevent its yields from soaring. The justification is that as interest rates rise to fight inflation, yields might increase for some euro countries beyond what is justified by the state of their economy. If that happens, it would unjustifiably prevent the sovereigns of those countries from applying fiscal policy, and the euro system would be financially fragmented. The ECB, as the central bank for all euro-area countries, would resolve the problem by buying the relevant countries’ bonds.

But doesn’t such a backstop introduce ‘atrocious incentives’ for countries to follow the UK and make unfunded promises, knowing the ECB will step in? No, says the ECB, because before applying the tool, the country in question would have to meet conditions that effectively amount to it both having sound fundamentals and pursuing responsible economic policies. But, say the UK was part of the euro area. Given the systemic relevance of pension funds in the UK, could the central bank have afforded not to intervene? No, though it would have not intervened with the TPI, but rather by buying the country’s bonds probably on the basis of a programme with the European Stability Mechanism, which imposes reforms and monitors them closely.

For the UK, outside the euro area, such pressure will necessarily come from the markets. The UK government has already abandoned some of its tax cuts. And the markets will be watching when the Bank of England’s support ends in a few weeks and the Chancellor announces new measures in November.
The bottom line is that when it comes to budgets, numbers need to add up. Whether it is via complex euro-area structures or simply the markets, discipline will be imposed, and losses will be incurred. In the process, society is reminded of the importance of fiscal prudence.

Maria Demertzis is the Deputy Director at Bruegel, and part-time professor of economic policy at the European University Institute. This piece was published as an opinion column on the Bruegel blog and also posted on the blog of the Cyprus Economic Society. https://cypruseconomicsociety.org/blog/blog-posts/