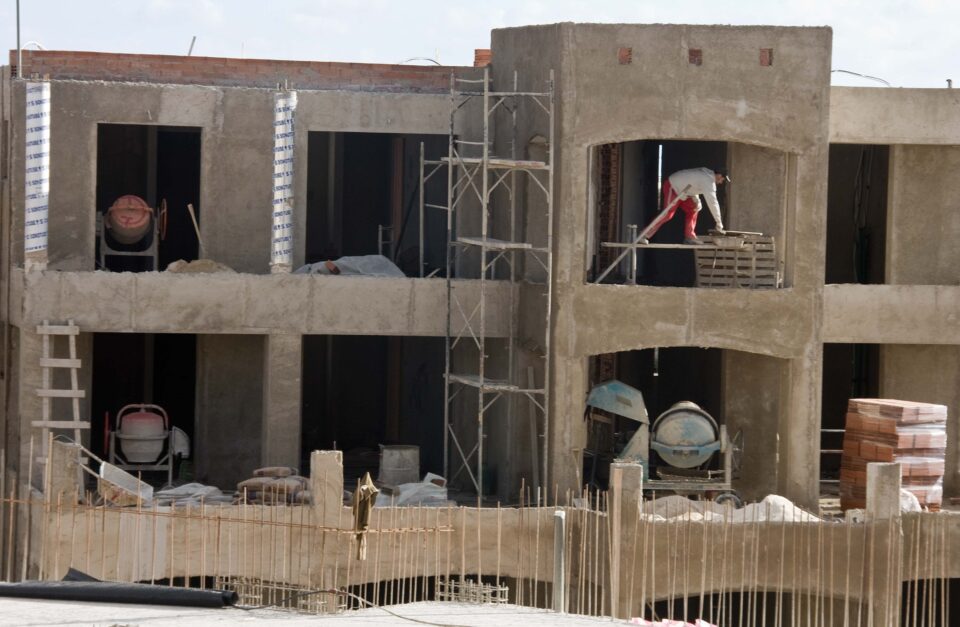 A letter received by the Cyprus Mail (also sent to Interior minister Nicos Nouris, among other recipients) highlights the issue of construction projects that get underway without having first secured a building permit.

First, however, it should be emphasised that the letter in question – written by a Vladimir Kouznetsof, who describes himself as a Ukrainian national who had planned to buy three apartments in the Yermasoyia area – is being contested, to put it mildly.

Janet Zenonos, a lawyer whom Kouznetsof claims to have dealt with, categorically told the Cyprus Mail that she “never spoke to this man about the claims that he’s making on this subject”. Andreas Heracleous, the architect of the project mentioned in the letter, assured us that the building has all necessary permits, and offered to produce them upon request.

Still, whatever the merits of this particular case, the fact remains that a foreigner intending to buy property in Cyprus claims to have been dissuaded by the fact that, in his words, “while we were close to closing the deal, I accidentally discovered… that this particular building does not have a building permit, and is being built illegally”.

Whether or not that happened here, it would be utopian to claim that it never happens. In fact, though the law is very clear, and building without a permit is a criminal offence that can even lead to jail time, it does happen – and happens quite often.

“The problem is that, in many cases, the time it takes for a permit to be issued – even though efforts are being made to improve the situation – is very long. And most investors and developers are impatient.”

Having to wait 15 months for a building permit is not unusual, says Maxoulis. Just to give an idea of how excessive that is, the reforms now being planned would impose a limit of two months for approving small developments, going up to 12 months for large projects. “If the time it takes to approve could be reduced, then the vicious circle would be broken.”

The problem is that the authorities whose job it is to impose sanctions for illegal building are mostly the same authorities who are taking so long to approve permits – so, “feeling that they bear part of the responsibility by delaying,” they turn a blind eye. The government could of course clamp down, but then questions might be asked of its own culpability. Besides, it could hardly put everyone in jail, given how widespread the practice is.

Illegal building isn’t the rule, says Maxoulis – but it’s not the exception, either. Nicosia architect Nina Iliasidou told the Cyprus Mail that, as a rough ballpark figure, 20 per cent of projects might begin without a building permit.

Lest the authorities’ attitude seem unreasonably lenient (even for Cyprus), it should be noted that there are two kinds of permit: the planning permit, and the building permit.

A good way to summarise the difference, says Maxoulis, is that a planning permit establishes what may be built, whereas a building permit details how it will be built. The former includes size (how many floors, say) and the use of the building (whether residence, office, and so on). The latter involves mainly technical matters, like materials.

The state is far more interested in the former than the latter. It’s extremely rare (though not unheard-of) for construction to begin without a planning permit. Indeed, says Iliasidou, “once the planning permit gets approved you’ve basically got almost 95 per cent of the parameters of your specific project”.

With this in mind, especially when time is of the essence and money’s on the table, investors and developers may decide to proceed without the less important building permit – and indeed, “if they’re conservative and professional,” says Maxoulis, and stick to the framework already approved in the planning permit, the system works reasonably well. The building permit typically arrives in mid-construction, and the spirit – albeit not the letter – of the law is broadly satisfied.

The risk comes when developers aren’t conservative but instead operate in what the Etek official calls “the grey zone”, making small modifications and pushing for whatever they can get away with.

The result is often that the building permit, when it finally arrives, doesn’t cover what’s been constructed – but the building is up now, and it’s too late to change it. The result is essentially an illegal building, for which title deeds can never be issued unless costly adjustments are made – but by this time (as often happened in the bad old days) the developer may have sold apartments and shut down his company, leaving buyers holding the baby.

Even without the risk of a surprise further down the line, foreign buyers are often understandably wary – as suggested by Mr. Kouznetsof’s letter – when confronted with this blithe, ‘This is Cyprus’ way of doing things.

“For us Cypriots, we might accept it,” chartered surveyor Antonis Loizou told the Cyprus Mail. “But for foreigners, when you’re asking for their money, they don’t want to feel like ‘I gave you €100,000 and now I’m left hanging, because you don’t have a permit’.”

Cypriots also tend to accept the endless delays and bureaucracy – probably the real villain here, with developers’ greed a close second – as described by Iliasidou: “I had some foreign clients, and they wouldn’t believe me when I’d say ‘I still don’t have an answer from Town Planning about our application. They won’t pick up the phone’. They thought I was lying, they thought I was bad at my job – when in fact I might’ve made 100 phone calls!”. As already mentioned, if permits could start being issued in a timely fashion the vicious circle would be broken.

Meanwhile, Maxoulis advises prospective buyers to arrange an audit with an independent architect before committing to a deal, to see if the building is likely to receive a permit. That said, the situation is improving. Online submission has speeded up the process (Iliasidou has heard of colleagues obtaining a planning permit in a matter of weeks), while new legislation seeks to place a cap – quixotically, perhaps – on how long civil servants can keep applicants waiting.

“Things are obviously better,” says the Etek official. “Are they as they should be? Obviously not… But one step at a time.”