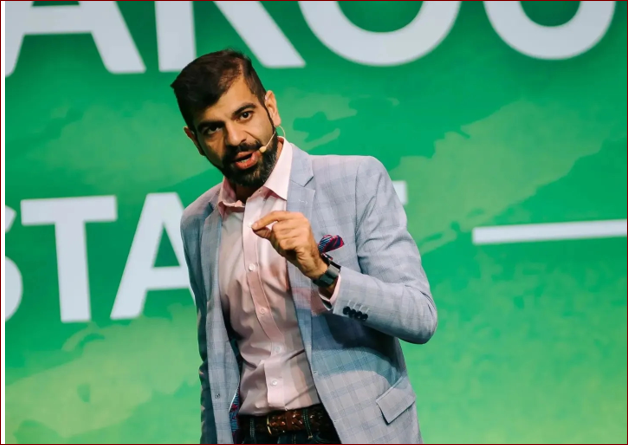 Mehtabjit Teja, better known as Ronnie Teja, is a spirited and hard-working individual who first entered the world of entrepreneurship all the way back in 2008. He successfully created an international brand named Branzio Watches.

Mehtabjit is notable as the one who founded Branzio Watches, an online watch company. He effectively manages his company with the help of more than 75 employees around the globe remotely. Creating high-quality timepieces in which the outlook set by the past is allegedly reflected, as well as the modern looks of the future, is what the company specializes in.

Aside from being a leading e-commerce and Internet expert, he’s offering talks and podcasts on an assortment of websites concerning his success as a businessman. He has a broad understanding of e-commerce and web development and can therefore offer advice on relevant subjects as well.

And now after more than a decade of experience in e-Commerce, he is not only the creator of Branzio Watches but also the brain behind a wide variety of internet sites and businesses. Are you now wondering how he achieved all these accomplishments? Well, let’s find out!

How Did He Start On Ecommerce

Mehtabjit Teja takes residence in Vancouver, Canada in 2008 emigrating from his homeland Mumbai, India to set out his entrepreneurial ambitions.

Mehtabjit finds himself constantly searching for work to which he is best suited. He has been hired to perform door-to-door sales at Indian stores for radio advertising. He was required to shift from a single job to the next in order to financially help his family.

At a time when online marketing was an innovation, and banks were hesitant to put their trust in the development of new web technologies, he developed an interest in eCommerce, as he saw how it can help drive traffic to retail businesses.

It was the year 2012 when Mehtabjit acquired a job as a Media Buyer at BestBuy Canada, which is entirely focused on retail-driven digital media. Attaining the knowledge and skill of online business operations enabled him to have an understanding of how business works. He also got the chance to work alongside experts in digital marketing.

After many years at BestBuy, he decided he wanted to strike out and set up his own company. Not just any firm, but a company that focuses on branding and has a great deal of meaning. That’s how Mehtabjit came up with the notion of creating Branzio. He started with the goal of providing men and women with premium-quality watches at an affordable price while putting their customers’ satisfaction as the top priority.

The Secrets of Mehtabjit Teja’s Success

In today’s competitive world, it is hard to find someone who is both successful and humble. Mehtabjit Teja is a perfect example of this combination. He is a self-made success story. He shares his tips for success so that others can adopt his methods.

Mehtabjit is an aspiring person who knows the power of accomplishing goals. Allocating your passion to your dream is what he wants start-up entrepreneurs to do. He’s convinced that if you’ve located a go-with aim that won’t stop you, nothing can serve as a barrier to your success.

His experiences compelled him to work harder. Apart from his multiple jobs back then, he even found the time to study digital marketing. His journey through entrepreneurship gave him a few nudges and made him take action, be more receptive to others’ thoughts, and didn’t talk much about himself. He does not waste any time by not a passing minute, but rather, does what is beneficial for him. Mehtabjit is proof that anyone can be successful if they’re willing to put in the work. His story is an inspiration to anyone who wants to achieve their dreams.

Mehtabjit has overcome numerous obstacles in his lifetime, but he has never given up and was created to persevere. Mehtabjit’s sacrifice, along with his willingness to act and undertake risk, helped him attain great accomplishments throughout his life. He is striving to arrange for others to do the same.

Mehtabjit carries out all his tasks well. His ability to focus on his work and never take time off, combined with his diligence and attention to detail, were all factors in his early success. His tireless work ethic had already put a smile on his face, and from that point on, he saw no limits.

He wants to make full use of every opportunity presented to him to continually improve the services offered by the company by increasing customer confidence using frank assessments. It is his hunch that trust is one of the most significant factors that can follow any long-lasting company connection. Moreover, his objective now is to constantly improve his websites for ease of use, with the goal being to provide value to his customers by also producing excellent products.

His vision concerns the advancement of unbiased platforms for enterprises all across the globe, too. He plans to add as much value as possible by contributing to the expansion of his firms and encourages other start-up businesses to make similar attempts.

Now, Mehtabjit encourages emerging or young business owners to take the leap and don’t even think twice. He has suffered many of the setbacks that are common during the beginning stages of enterprise migration. He quite remorsefully recognized his inability to start his business in a timely manner, as he was obligated to hold several jobs to meet his financial requirements.

He aims to get affirmation from other people in light of the other people around him because he believes that people always secretly hope you will be successful.

He used to make a concerted effort to amass his objectives, and he motivates new entrepreneurs to do it too. He said that revenue will proceed wherever it needs to go, so you don’t need to be concerned about insignificant things.

Man has licence suspended after crashing into building