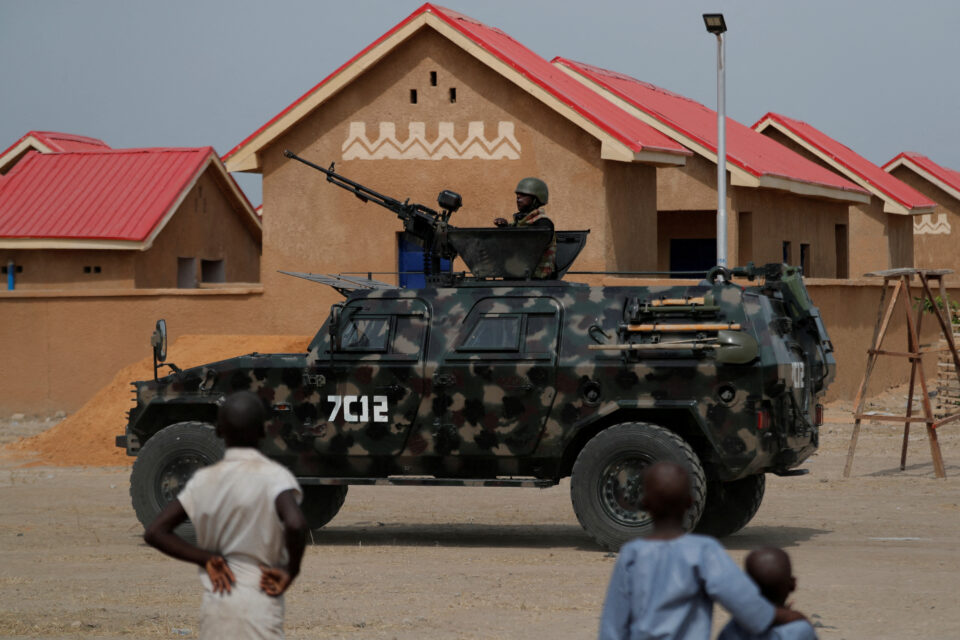 A Nigerian army vehicle drives by newly-built homes ahead of the community re-opening ceremony which was destroyed by Boko Haram in Ngarannam Nigeria scaled.

The Sahel zone is located south of the Sahara desert and it stretches from the west coast of Africa to the east coast by the Red Sea.

During the 19th century, most of the Sahel region came under French control, while the period from 1950 to 1960 witnessed the creation of a number of independent states, including Senegal, Mauritania, Mali, Burkina Faso, Niger, Nigeria, Chad, Sudan and Eritrea.

Today, the Sahel is one of the poorest regions on the planet. This has not left Europe unaffected, not least due to the waves of displaced Africans in recent years. The trend is likely to intensify in the future and to place additional strain on the existing European infrastructure, thus requiring more resources, especially in Southern Europe. This situation is expected to contribute towards polarisation between political parties and citizens, who have opposing views on how to deal with displaced Africans.

The main generative causes of the situation are the following:

Firstly, the man-created borders, and the brewing unsettlement emanating from the arbitrary and subjective separation of Sahel’s populations, have contributed to violence between nations and also within different tribes, with negative ramifications, both for the economic climate and for foreign investment.

Secondly, corruption has led to a limited tax collection capacity and inadequate state structures and infrastructure. As a result, a self-perpetuating cycle has been created, whereby citizens challenge the government and resort to illegality as a means of survival. Sahel is one of the most prominent territories in the world for the recruitment of fighters (even children) by extremist Islamist organisations, including Boko Haram, the Islamic State and Al Qaeda.

Thirdly, since the 1950s, the growing population in the Sahel has had a negative impact on the environment. Since the beginning of the industrial revolution, the average global temperature has increased by 1.1 degrees Celsius, while in the Sahel the average increase is 50 per cent higher, contributing to catastrophic droughts. According to the United Nations, 80 per cent of the Sahel’s land is environmentally degraded, 30 million people suffer from food insecurity, while 10 million are at risk of starvation.

Fourthly, the Sahel has, for the most part, failed to exploit its natural resources in a long-term productive manner. Beyond the endemic issues of bad governance, corruption, violence and terrorism, developed countries are not without blame. Niger, for example, is the fourth largest producer of uranium in the world, however, the French state-owned company Areva has been exploiting it to sustain its own nuclear programme and generate energy for French citizens, with no corresponding benefit to Niger’s citizens.

Ultimately, the Sahel is predicted to remain a region of unrest, which may intensify in the coming years. Considering the geographical location of the Sahel, a crisis will inevitably, and probably violently, be exported to Europe. Given the absence of the US in the region, China’s continued long-term strategic moves in Africa, and the risk of radicalisation of the local population by extremist groups, Europe should rethink its strategy for the region.

Andreas Charalambous is an economist and a former director in the Ministry of Finance. Omiros Pissarides is the managing director of PricewaterhouseCoopers Investment Services