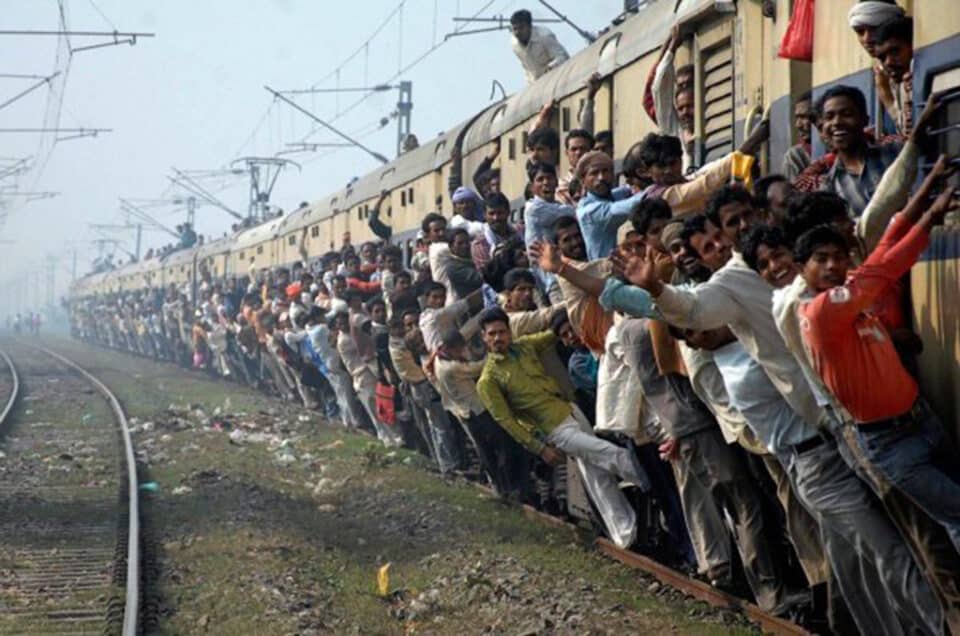 On Tuesday, the planet’s population hits 8 billion. That’s 8,000,000,000! There’s a countdown clock on the United Nations website to indicate when the world hits the milestone. The mind boggles, doesn’t it? Since the dawn of humanity, some 110 billion people have existed in total. But there’s a shocking caveat: the majority of that number lived and died over the last 500 years!

In 10,000BC, the entire population of the planet totalled just 4 million. (At the time, Cyprus is estimated to have had a total of 922 residents; roughly double the number of people in what later became Greece, and five times greater than the entire population of Ireland) And that 4 million stayed fairly steady for millennia: by the 14th century, the global population was at just 5 million. But, come the industrial revolution, it ballooned…

By the early 1800s, the global population had reached 1 billion. Less than a century later, it was at 2 billion. If you were born in the 1950s, you came into a world of roughly 3 billion people. By the 1990s, we were at 5 billion. And now? Well, any baby born in 2023 will be just one of 8 billion others alive on this planet!

The unprecedented population expansion of the last century is a milestone. Never before have so many people walked the earth. Of course this can’t go on for ever. There’s a theory, propounded by 18th century economist Thomas Malthus, which suggests that population keeps pace with the availability of resources; that populations expand until growth is stopped or reversed by famine, war, or disease.

Malthus’ theory has been largely discredited (he didn’t anticipate industrialised farming techniques, which allowed food production to scale much faster than expected). But it certainly makes you wonder about Covid, doesn’t it? And, even worse, what might be coming. Because we seem to be outgrowing our available resources at a staggering rate. In fact, the global population is projected to continue its meteoric rise for the next 65 years – peaking at 10.5 billion in 2085, and then descending slowly to hover around 10 billion for the next couple of decades!

Of course that’s just one projection, courtesy of ourworldindata.com, a site driven by Oxford University research. Alternative studies have suggested we’ll continue to see a rise in population well into the 2100s. And still others predict a sort of global pandemic age in which numbers will start to fall much sooner thanks to untimely deaths.

But what does all this mean for those of us living in Cyprus? 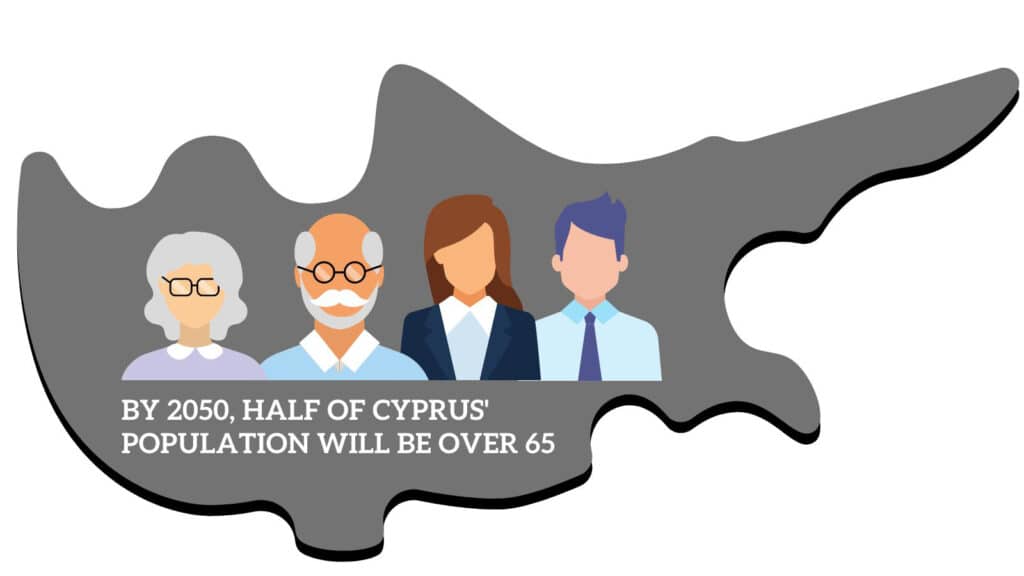 Then there’s our sex ratio. Apparently, 48.6 per cent of residents are male and 51.4 per cent female. If you identify as non-binary, you don’t exist according to the census. Let’s hope that changes soon!

Anyway, so far so good. We’re not too densely populated, and we’re generally doing pretty well. But look to the future, and there’s serious trouble on the horizon – especially given the government’s track record with our pensions!

According to the UN, Cyprus’ population will peak around 2060 at 1.4 million. But by the turn of the century, we’ll be down to just over 1.3 million. But our population is ageing rapidly. At the turn of the millennia, just one in six were over the age of 65. Today, that number is now one in four. And by 2050, we’re looking at a ratio of one in two – for every person of working age or younger, there’ll be one old-age dependent. So, if you were born in the 1960s or 1970s, you’re part of the most populous age group on the island – and getting older! At the same time, the birth rate is declining. In 1950, the average number of children born to each woman was four; in 2022, that’s down to 1.5.

Quite what this rapidly ageing population means for Cyprus, nobody’s sure. Several sociologists have hazarded a guess (mostly along the expert lines of “it’s not good, I’ll tell you that!”). But ultimately, we’re looking at an increase in health care costs, a shortage of skilled labour, and a price/wage spiral.

There is, however, one good thing to come out of our ageing population. Cyprus, despite the numbers, will not be hugely contributing to the global strain on resources in the coming decades. If our maths is correct (we deal in words rather than numbers here at The Mail, so we checked with a statistician!), then the current population of our island is a mere 0.015 per cent of the 8 billion. By 2100, that’s down to 0.013 per cent of the global population. Making us, the island’s residents, just one tiny drop in the ocean of humanity!