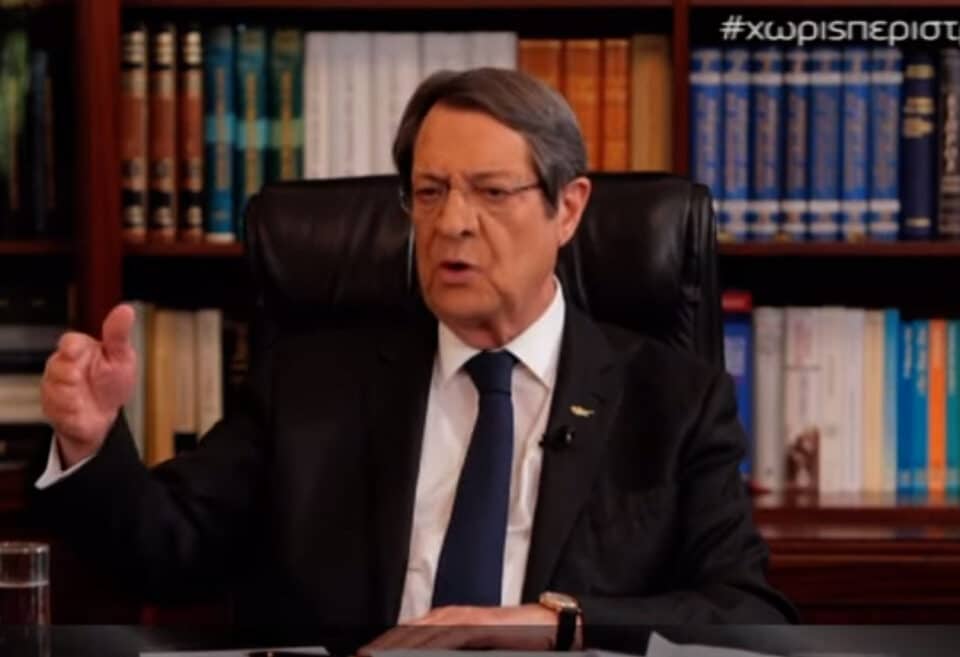 An interview given by President Nicos Anastasiades on Monday night recapping his tenure as president, discussing everything from the Cyprus problem to Disy’s in-house fighting, became the topic of a tit-for-tat spat with main opposition Akel on Tuesday.

A day after the interview aired on Sigma TV, Akel spokesman George Koukoumas appeared dumbfounded that “the man who is synonymous for worsening corruption in the country, says he has clear conscience”.

“Had Disy not meddled with almost all institutions of the country, Anastasiades would not be able to publicly mock people,” he said.

Koukoumas said both Anastasiades and Disy have left the country with record corruption, starring in a surveillance scandal and ridiculed across the globe.

“They are leaving behind a country with partition on the horizon, broken from the aggressiveness of the banks, inequality, the cost of living and the big interests of the country.”

Whether Disy leader Averof Neophytou or Disy member Nicos Christodoulides are elected president, it will only sink the country deeper into problems, Koukoumas said.

During the interview, Anastasiades starkly defended his approach to the Cyprus problem, saying it was Turkey’s intransigence and uncompromising stance that had led to the deadlock.

Asked if there was a split within Disy, Anastasiades retorted that as President of the Republic he has no involvement in the party – but without Disy, the reforms passed through parliament would not have been possible.

“If there are efforts to attempt a schism of the party, it is not the responsibility of the president but those who would contribute to it.”

Anastasiades also rubbished rumours of him supporting the candidacy of Christodoulides, who is running as an independent.

“Akel will never forgive Anastasiades because he was the president that took the country out of the dump Akel threw it in, boosting its credit score,” he said.

Pelekanos added that during Anastasiades’ 10-year tenure, scandals came to the fore that “others” kept hidden under the rug.

The spokesman added that if Akel felt so strongly about the Cyprus problem, it should ask itself why it never managed to cement a solution during its own presidency. Akel’s leader Demetris Christofias was the president of Cyprus from 2008 to 2013.

Ruling Disy entered the fray too, saying that Akel was synonymous with the destruction of the economy. “Cyprus of 2022 will never forget Cyprus that Akel left behind in 2013,” the party said.

Society made great sacrifices at the time for the economy – which Akel crippled – to stand on its feet again, a Disy statement said.

Disy also threw in a dig at Christodoulides, saying no one forced him to resign – as he had alluded it was Neophytou behind the move.

Sunak: China poses a threat but we must also engage with them

Turkey to pursue targets in Syria after Istanbul blast