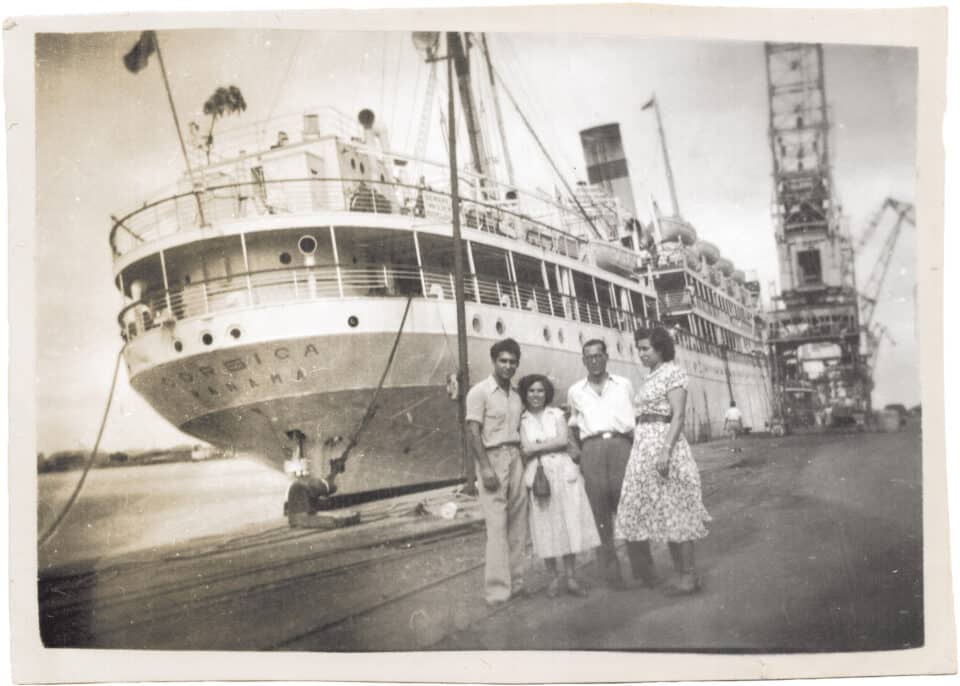 A new book details the journey, and the lives, of a group of Cypriots who left the island in 1951 on board a ship destined for Melbourne. ALIX NORMAN hears more about their colourful trip

In December 1951 the SS Corsica set sail from Limassol. Aboard were 784 Cypriot passengers, off to Australia in search of a better life. But little did they know that the next two months would be fraught with danger, disease and near-drownings…

“This was the largest group of Cypriots to ever leave the island at one time,” says Constantinos Emmanuelle, who has detailed the story of the epic journey in a soon-to-be-released book. The founder of the popular Facebook page Tales of Cyprus, Constantinos is known for his in-depth interviews with Cypriot migrants: “Over the last decade, many have shared their stories with me, including those who voyaged on the Cyrenia, Hellenic Prince and Misr. But it was the travellers of The Corsica who really caught my imagination and prompted me to publish The Corsica: Amazing stories of Cypriot Migration. Their journey was extraordinary in the extreme. It’s a miracle the ship didn’t sink!” 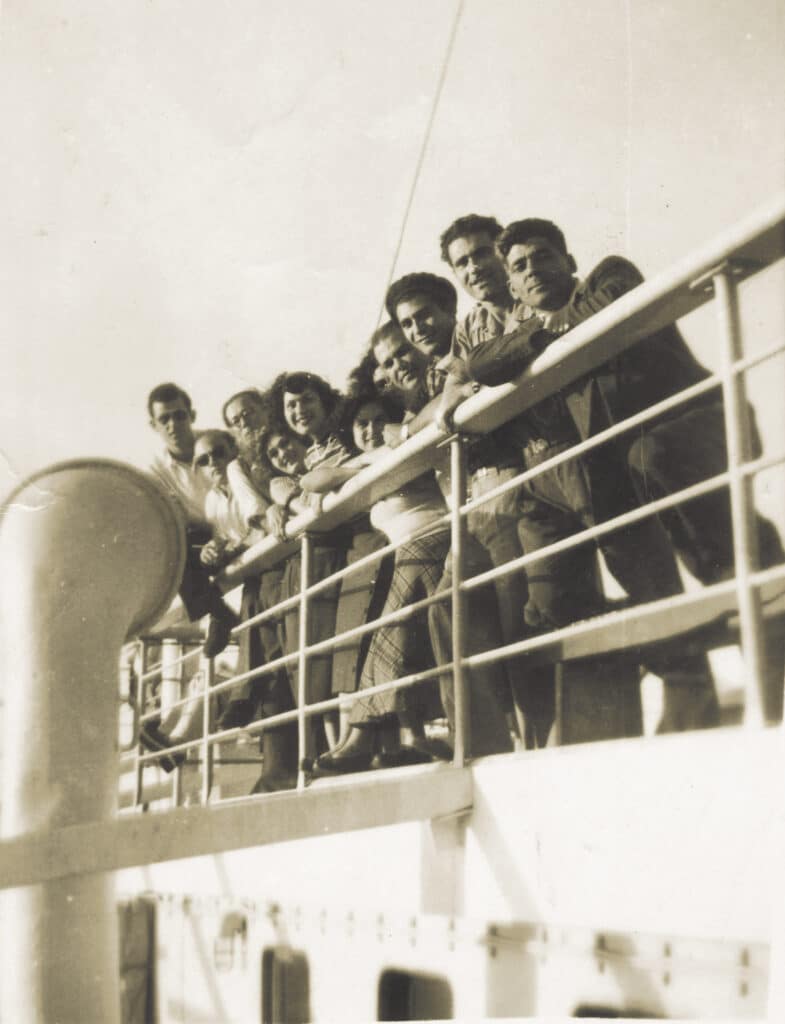 In honour of the 70-year anniversary of this epic voyage, Constantinos has spent hours interviewing passengers, recording their stories for current and future generations. The result, which comes in at 300 pages and contains 400 photographs of the voyage, will be available by the start of December. It is, he acknowledges, the culmination of an eye-opening process…

“As every new story came to light, I was more awed by such a courageous and resilient group: they had sacrificed so much to help their families. Of the 78 passengers I tracked down, 56 are featured in the book. Most,” he adds, “are now in their 80s or 90s…”

Stavroulla Antoniou was 24 when she boarded the Corsica bound for Melbourne. In the book, she refers to the ship as “a floating prison. The waves were enormous and the ship rocked back and forth, up and down. It was horrible. I was travelling on my own with four children under five. I couldn’t go anywhere. I was trapped in my cabin for the entire trip. I remember the baby bottles rolling all over the floor.”

Like many, Stavroulla was seeking a new life in Australia. “My husband was already in Melbourne waiting for us. He had no idea when the ship would arrive. There was no way we could communicate with one another…”

It was, indeed, a voyage from hell. Many of Constantinos’ interviewees mention the misery of the sleeping arrangements: “Cramped, crowded and stuffy; rows and rows of wire bunk beds,” says Philippos Ioannou, who was travelling with eight friends from Neo Chorio. Others refer to the unexpected itinerary…

“I was 17 on the Corsica,” says former Agros resident Nicholas Jonis. “We were told to board on December 12, but when we arrived in Limassol there was no ship. We had no choice but to spend the night in the port. There were thousands of people stranded there; no-one knew what was going on or why the ship was delayed.” And when the ship finally arrived, it was “a disappointment,” Nicholas adds. “Nothing like we were promised by the travel agency!” 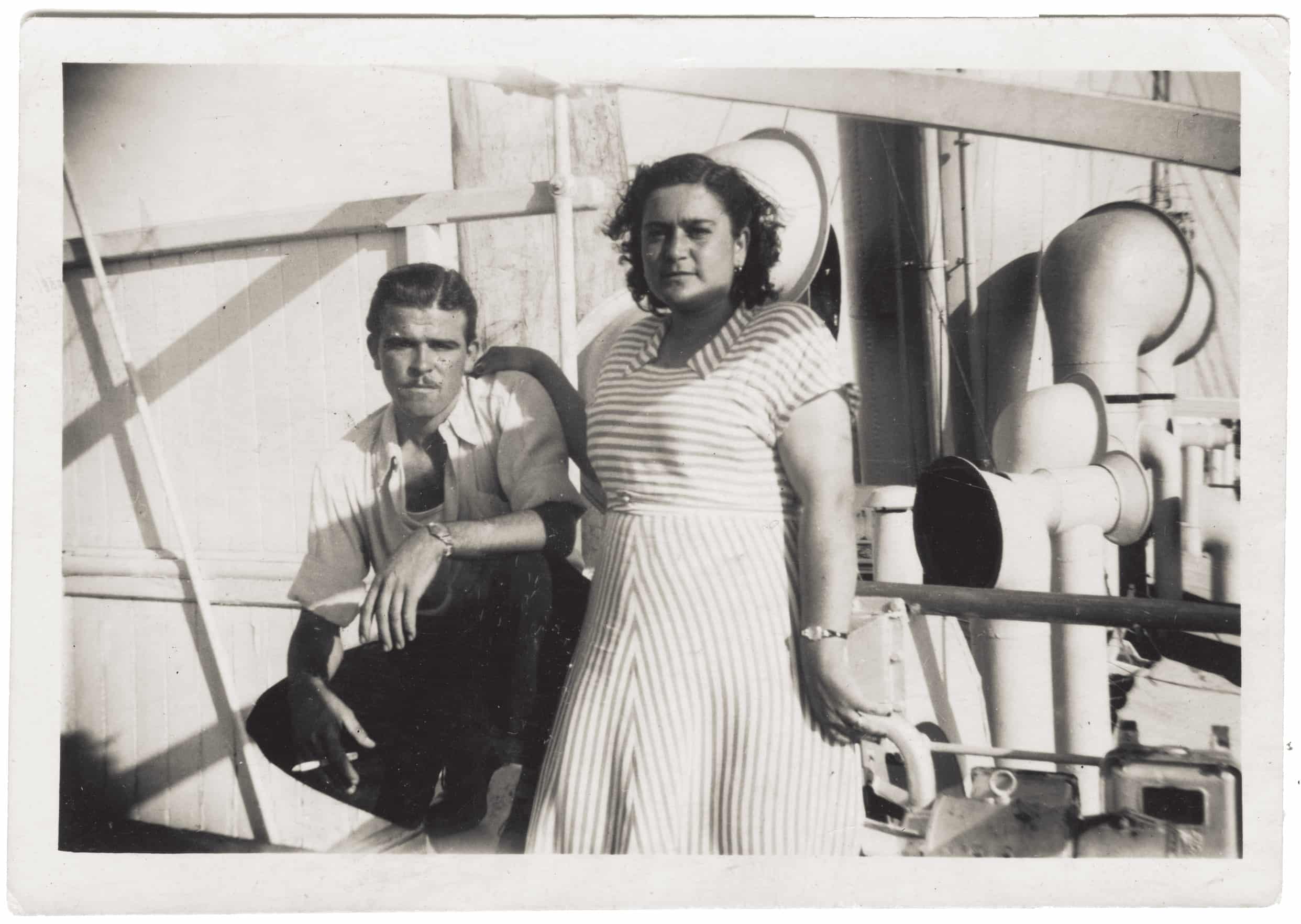 But the trials had only just begun. “We ran out of fresh water on the ship,” recalls passenger Christos Apeitos. “Some passengers drank water from a hose on the deck and became very ill. And there was no entertainment. No cinema, no theatre. We spent our time on deck looking at the ocean or playing tavli.”

Unscheduled stops relieved the tedium, but brought their own set of problems. “When we arrived in Colombo,” says Nicholas, “we were told the ship had to stay for four days in port for repairs. I remember one Cypriot mother and her daughter fell into the water as they walked down the gangplank. Luckily, some men who could swim jumped into the water and saved them!”

Tales of revolting facilities and rotten cargo pepper everyone’s recollections. “The conditions on-board, especially the toilets, were disgusting,” says Sevil Hakki who, at the age of 16, was travelling to meet her husband in Australia. “I particularly remember the stench from the rotten potatoes in the hold.”

“By February 4, when the Corsica was tugged into the Port of Melbourne after almost two months at sea,” says Constantinos, “the passengers were relieved just to have survived. But now they had to deal with what lay ahead. The majority arrived penniless; many had been forced to borrow money or go into debt to afford their passage. Unlike the British, Maltese and Italian migrants of the time who were assisted by the Australian Government in terms of fares, accommodation and employment, the majority of Cypriots were forced to fend for themselves.”

The small Greek and Cypriot community in Australia was a great aid to many of the newcomers. “Most of the Cypriot men were able to secure full-time employment within days; the prospect of making real money in a stable job helped ease the heartache of abandoning their homeland. But it was a different story for the female migrants: most were expected to remain indoors – with no chance to learn the language or explore their new home, those early years were very lonely.” 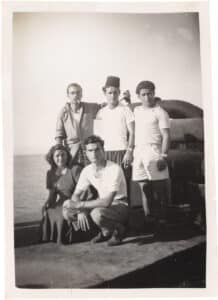 In his book, Constantinos records how each felt to have arrived, along with information on every passenger’s upbringing and schooling; their reasons for leaving Cyprus; and details of their new lives. “Most were hoping to escape poverty and find employment. ‘If life had been good in Cyprus,’ one passenger told me, ‘we never would have left!’” But leave they did. And, even though the majority admit they only planned to remain abroad for a few years, the burgeoning unrest in Cyprus changed the narrative…

“By the mid-1950s the migrants were receiving news of a civil war brewing in Cyprus,” says Constantinos. “And so many decided it was safer to have their loved ones join them in Australia. The young men often sent word back to their parents to send a ‘mail-order bride’ from Cyprus. And thus, in time, a new generation of Australian Cypriots was born…”

Constantinos is a second-generation Cypriot himself. “But my father never spoke about his voyage to Australia, or his early years in the country. I think, as for many, this was an emotionally-loaded subject – imagine embarking on such a journey with no more than a small suitcase and a dollop of blind faith! The Corsica: Amazing stories of Cypriot Migration is my tribute to these remarkable pioneers. It is a living memory,” he concludes. “The tale of an extraordinary group of Cypriots who left everything they knew to travel half-way round the world in the hope of a new life.”

A limited release of the book SS Corsica will launch by December 1, and be available for purchase at https://www.talesofcyprus.com/