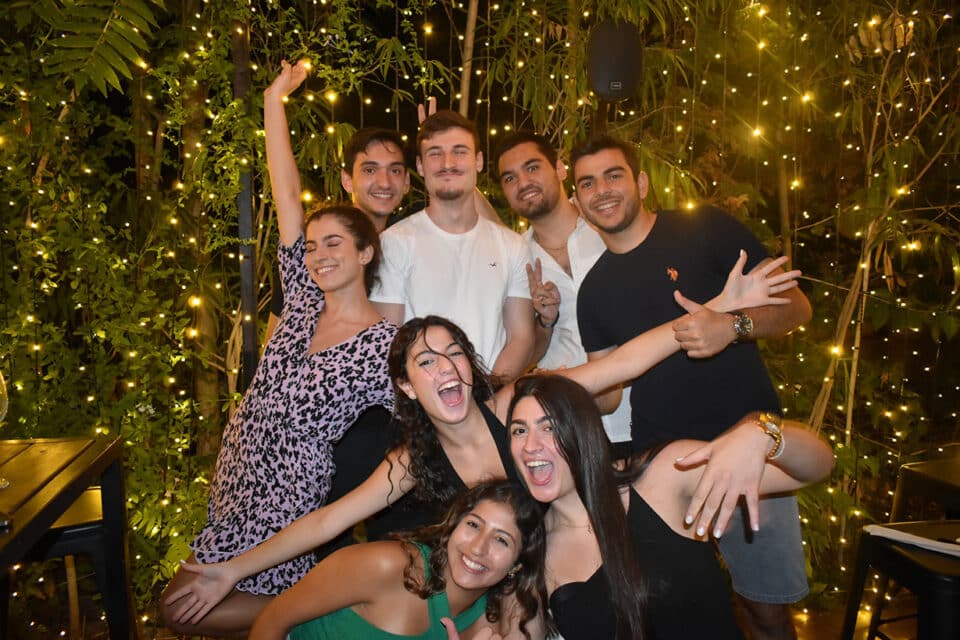 Cyprus societies at universities overseas can help students feel more at home. PAUL LAMBIS meets the leaders of one that is an example for all

It can be a struggle to find your feet when arriving at a university overseas, which is where the Cyprus society can come in. At the UK University of Warwick, the Cypriot Society (WCS) aims to entertain, help, and advise its members while offering them a taste of home.

“There is a feeling of belonging and openness among our members,” WCS president Christodoulos Pouroutidis said. “This is something you can pick up from the start.”

Since its establishment in 2013, the society has grown to include approximately 80 active members as well as many informal members who take part in its activities.

Pouroutidis said the society’s main aim is to create an environment where everyone at the university can become fully immersed in Cyprus’ unique traditions and values. “Through the extensive network of contacts, which we have established between ourselves, our goal is to make our compatriots and non-native members of our society feel like they are at home.

“We have also placed emphasis on assisting our members in achieving success in the corporate world, by teaming up with significant businesses across several sectors, offering assistance, direct pipelines to opportunities, and a hub for intellectual conversation among Cyprus’ finest,” he added.

“We offer advice and guidance to our members on matters such as housing, employment, studying, and other general assistance to embolden and empower our fellow Cypriots,” vice president Venetia Chrysostomide told Living. “We also believe that as a society, we have a collective responsibility to help our wider community through any means necessary.” 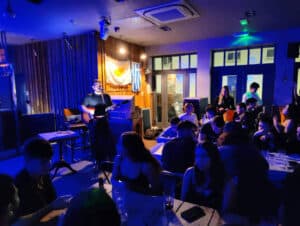 WCS supports charitable initiatives through the Greek Orthodox Community of the Holy Transfiguration in Coventry. The society supports the Movember campaign that promotes men’s health and continues to raise awareness of the Cyprus issue and the ongoing division of the island.

“Our society takes part in promoting awareness and remembrance of the 1974 invasion and the subsequent occupation on the lands of our ancestors,” Chrysostomide said.

Through social media initiatives, lectures, and seminars featuring eminent figures from the refugee committee, WCS has aimed to increase public awareness of the Cyprus issue. “Our society, however, takes no political standing on the matter. Our values align to the human side of wanting to see a unified Cyprus again,” both Pouroutidis and Chrysostomide explained.

“Our events have become more multicultural in recent years so that we can showcase the culture of our island to the diverse communities within our university,” Pouroutidis stated. “The response has been extraordinarily favourable, which has allowed us to develop as a society and work cross-culturally.”

WCS has worked with other Greek societies outside of the university to bring together students of Greek and Cypriot descent studying in the UK on a social level, simultaneously providing support and a sense of shared values and aspirations.

“Ethnic societies provide a voice and an outlet for individuals who seek comfort in what is familiar: home,” Chrysostomide said. “Although an incredible place to establish friends and enduring relationships, our societies also play a key role in scrutinising controversial university decisions, a valuable asset to the voice of any student.”

Undoubtedly a driving force in the Greek Cypriot diaspora, the WCS warmly welcomes individuals who share a passion for Cyprus’ traditions and ideals, and even extends its support to offering Greek language tutoring and free advice for living in the United Kingdom.

“Our society continues to evolve, and this year we made the decision that we wanted to become a societal force within the university environment, not only for our existing members, but also for all the students at the University of Warwick,” Pouroutidis said. WCS has collaborated with the Cypriots in the City organisation to provide a direct network between successful Cypriots in London and those who aspire to follow in their footsteps, as well as two prestigious, international corporate firms to promote corporate possibilities to its members.

“The concept of Bigger. Better. Bolder translates to our ever-expanding presence, as well as our cultural and entertainment events, which have increased significantly over the last year and have proven to be very popular especially among those who feel a deep connection to our Cypriot heritage.”