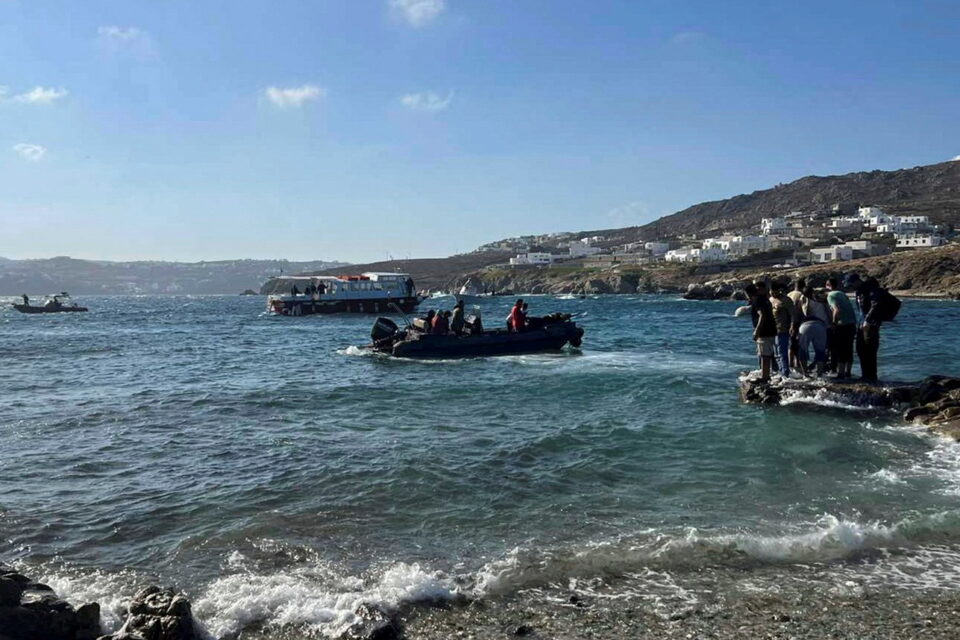 File photo: Migrants are transferred on the shores of the island of Mykonosearlier this month Greek Coast Guard/Handout via REUTERS

EU interior ministers sought to ease resurgent tensions over illegal migration at an emergency meeting on Friday, after the fate of migrants rescued in the Mediterranean triggered harsh words between Paris and Rome.

The issue of who should take responsibility for those reaching the wealthy European Union on rickety boats to escape poverty or war has long plagued relations within the bloc.

The matter came to a head again this month as Paris and Rome clashed over France’s acceptance of the Ocean Viking, a boat carrying 234 rescued migrants that Italy had turned away.

“Everyone agrees not to repeat this kind of situation,” European Commissioner Margaritis Schinas said after the meeting, referring to tensions over the Ocean Viking.

While no concrete decision was taken, ministers welcomed a 20-point action plan proposed by the European Commission to address surging migration in the central Mediterranean.

One focus of that plan was to seek to strengthen cooperation with third countries, including steps to prevent departures from North Africa. It also aims for greater EU coordination of search and rescue, including among coastal and flag states.

Italian Interior Minister Matteo Piantedosi welcomed that there was some convergence of views on the need to prevent departures of migrants and facilitate returns, as did his French counterpart Gerald Darmanin.

But, beyond this, the bloc needed to agree on a legal, overall framework to deal with illegal immigration, Schinas stressed.

“We cannot and should not work on a crisis-by-crisis situation, ship-by-ship, incident-by-incident. We need one single framework based on EU law,” he said.

More than 90,000 migrants and refugees have arrived in the 27-nation EU this year via the central Mediterranean route, such as across the sea from North Africa to Italy or Malta, a 50% increase from 2021.

“It is only as Europeans that we can tackle these very difficult questions of irregular immigration,” said Darmanin, who had called for the emergency meeting after calling Italy “selfish” for not letting the Ocean Viking dock.

With immigration a tense domestic issue in both France and Italy, Darmanin said at the time that France would no longer accept some 3,000 migrants who had arrived in Italy and whom Paris had previously agreed to take in.

He said on Friday that position would not change unless all agreed to do more and take in migrants.

Southern EU countries, including Italy, Spain and Greece, where most migrants arrive, say there is too much pressure on them and EU states to the north are not helping them enough.