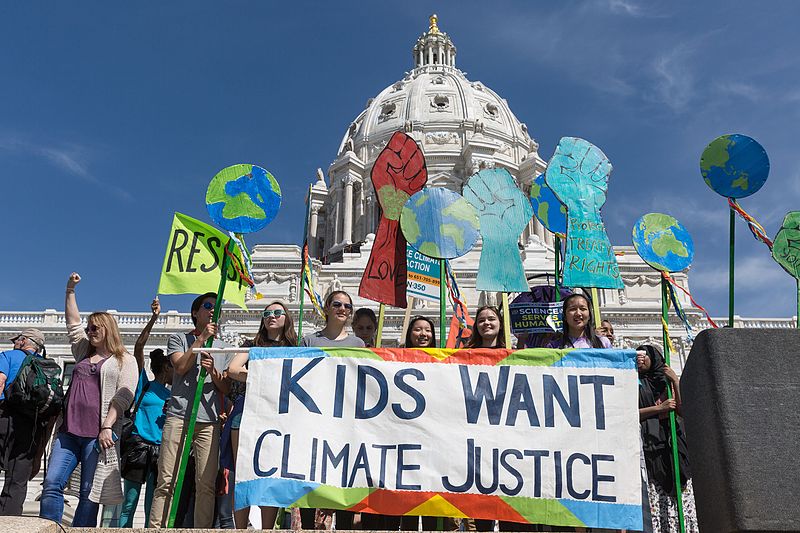 It was International Children’s Rights Day last Sunday and the child commissioner wasted no time in telling us that the children are very angry with adults because the world is on the “brink of a climate disaster”.

We need to listen to their demand for a shift to a new, environmentally-friendly way of life, she said, but in order to achieve this, children themselves must be included in the decision-making.

By all means, children’s concerns should be listened to, but the commissioner might be giving them a bit too much credit as potential decision-makers. For instance, a child might simplistically suggest banning leather because it will save the planet but they would not be able to see the wider economic implications or effects on the lives of people who make a living from that industry.

The pre-frontal cortex is one of the last regions of the brain to mature when a person is in their mid to late 20s and regulates impulse control. Science tells us that children act impulsively and are incapable of considering the impact of their decisions.

If this was not a fact, why would we bother preventing children from smoking, drinking, doing drugs, driving, playing violent video games, watching unsuitable movies and advertisements, voting, having sex, or joining the army until they’re old enough to be responsible for their actions and the consequences? They are not given a say because they would argue that they are old enough to engage in at least some of these activities.

Children should not be making life-altering decisions for themselves or others before the age of consent. The job of the adults in their lives is to prepare them to make those decisions rationally when the time comes.

Unfortunately, in the internet age, children are being overwhelmed with information and are constantly bombarded with a negative view of the world on social media, these days, mainly about the climate, which has caused unprecedented levels of anxiety, fear and depression.

Children are being told that all adults are to blame for the climate situation, not just politicians and corporate greed. But there are also adults who engage in climate alarmism and roll out traumatised children to press their demands. This is child exploitation in itself. Children should not have to shoulder the world’s problems before they’re ready to deal with them as adults.

Bringing them into ‘decision-making’ prematurely, filling their heads with doom and gloom while blaming every adult for the state of the world will just create groups of angry and fearful young activists who take to the streets and have tantrums, not caring how it affects others as seen in the UK recently.

In Cypriot schools, pupils lag behind in maths, science and reading. These are subjects that help produce more useful adults who create a better society and world by using innovation to solve global problems. Students here are, however, very adept at issuing demands and organising angry protests aimed at serving their own narrow interests.

Children’s rights are one thing. Creating a culture of entitlement is another.