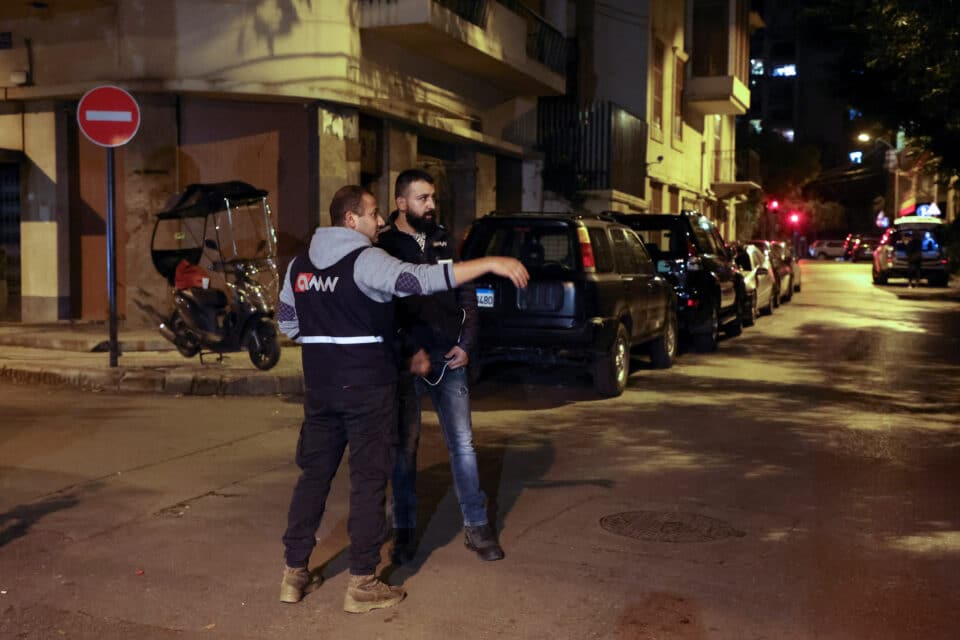 In the darkness of Beirut’s unlit streets, men wielding batons and torches are taking security into their own hands in an initiative they hope will keep neighbourhoods safe but critics see as a worrying echo of Lebanon’s troubled past.

The neighbourhood watch, launched earlier this month in some of Beirut’s most salubrious streets, is the latest symptom of the crisis that has afflicted Lebanon since its economy collapsed in 2019, paralysing much of the state and fuelling poverty in the worst shock since the 1975-90 civil war.

To supporters of the scheme – the idea of Christian politician Nadim Gemayel and organised by a civil society group he founded – the men deployed in the city’s Ashrafieh district offer reassurance to residents worried about crime.

But among critics, their appearance has evoked parallels with the civil war when the state collapsed, militias controlled the streets and Beirut split into cantons. The mayor has expressed concern it could prompt others to follow suit.

Such criticisms are rejected by Gemayel, a lawmaker in the Kataeb Party whose father, Bashir, led the main Christian militia in the civil war until he was assassinated in 1982 after being elected president.

“We are not a militia, we are not armed, we don’t have rockets or drones,” he said, referring to the heavily armed, Iran-backed Shi’ite group Hezbollah.

“The big problem we are suffering today in Beirut and all Lebanon is that there’s no electricity, there’s no security, no feeling of reassurance, and all the streets are dark,” he said, describing the state as “absent”.

The initiative – which currently has 98 recruits – was launched in coordination with the security services and aimed to complement their work, Gemayel said, adding the security forces were suffering a manpower shortfall due to the crisis.

Lebanon’s security services, like the rest of the state, have been hit hard by a 95% currency collapse which has destroyed the value of wages paid to soldiers and police.

The United States is buttressing them with aid, including salary support.

A spokesman for the Internal Security Forces (ISF) did not respond to a request for comment.

The crisis has driven a spike in crimes, including armed robberies, carjackings, handbag snatches and thefts of internet and telephone cables.

Still, army chief General Joseph Aoun said the army, the backbone of civil peace in Lebanon, was able to maintain order. “The security situation is under control… we have not previously accepted any violation of security and stability, and we will not accept it today,” he said.

Beirut Mayor Jamal Itani said he learnt about the initiative on the news, and was worried it could cause tension.

“Say they catch a thief from one party or people intervene with guns, then things could get out of hand,” he told Reuters.

“My second fear is that other areas will also ask for this and then each area will have a group for itself managing security in their area.”

Lebanon’s sectarian parties disarmed at the end of the war, bar Hezbollah, which kept its arsenal to fight Israel. Their pervasive influence is never far from the surface and tensions are common in a country awash with guns.

Mohanad Hage Ali of the Carnegie Middle East Center said the initiative was a clear example of security being organised locally under a political umbrella, adding that this trend had surfaced earlier in the crisis and was unfolding less visibly elsewhere.

Security, like electricity, would increasingly be enjoyed by those who could afford it, he added.

Gemayel said the finance came from local donors, with logistics organised by a security company. Recruits earn $200 a month for a six-hour shift – much needed income for many.

“We were more assured because nothing is guaranteed given this bad situation we’re living,” said Samaha, 51.

“Are we back to the time of militias?” she said.

“This country is disintegrating and falling apart, and this is one of the things that will contribute to the fall of the country and the state.”