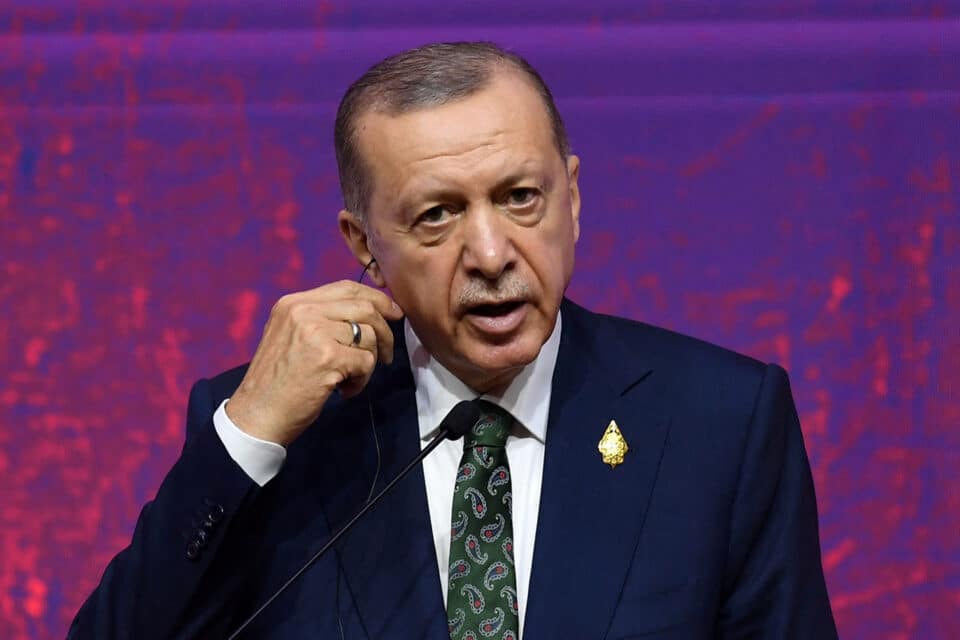 Hyper-nationalism is predicated on the notion of ‘specialness’. At its core lies an intrinsic hostility towards anything and anyone that challenges the narrative of racial purity and cultural superiority. It becomes even more venomous when its inauthenticity is exposed.

A prime example of this affliction is the case of Turkey’s President Recep Tayyip Erdogan, who fancies himself a neo-Ottoman Sultan who demands he be treated as an exceptional figure representing an exceptional nation. The more he is reminded of his folly the more vindictive he becomes. A quick surf of the net will reveal an endless list of insults to everyone from Merkel and Macron to Turks with opinions that don’t agree with his.

The cult of the sultan-like president is so deeply entrenched in Turkey that the sight of ‘otherness’ infuriates most Turkish politicians which is why the murals of ancient Orthodox churches throughout Turkey and occupied northern Cyprus have been systematically vandalised. If Mr Erdogan and his deluded, hyper nationalist politicians could, they would no doubt remove all reminders of Turkey’s ubiquitous ancient Greek history. But that would not be good for Turkish tourism.

Some time ago, Turkish Vice President Fuat Oktay complained that each morning his countrymen ‘cry their hearts out’ as they wake up to the site of Kastelorizo – a Greek island a kilometre from the Turkish coast. He asked: ‘So will the Turkish state and the nation accept this?’ Has he ever wondered how Greek Cypriots feel each time they stare across the buffer zone at their old homes?

As for Turkey, Mr Oktay forgets that it is the ancient homeland of the Greeks who lived there for thousands of years until 1922, when its Christian populations were butchered by the advancing armies of Kemal Ataturk who would cringe at Erdogan’s Turkey.

Admittedly, it wasn’t entirely Turkey’s fault which was also a victim of 20th century imperialism. Turkish policies nevertheless resulted in the extermination of its Greek and Armenian populations. Since then, the Turkish narrative has regularly focused on erasing all reminders of the Greeks both in Turkey and northern Cyprus.

Erdogan, Fuat Oktray or Foreign Minister Mevlüt Çavuşoğlu, to name the worst offenders, represent a Turkey that is deluded, deeply mis-Hellenic, antisemitic, anti-European and anti-Western in general. A whining troublemaker that is in constant denial of almost everything that is blatantly wrong with it.

This includes the Armenian and Pontian Greek genocides of the early twentieth century – despite the copious and irrefutable evidence – the persecution of the Kurds, the invasion and continued illegal occupation of one third of the Republic of Cyprus since 1974. Not to mention the more recent invasion of Syria under the guise of yet another ‘peace mission’ including its destabilising role in Libya and the Mediterranean.

As for President Erdogan, he can only be described as a megalomaniacal bully whose misguided neo-Ottomanism constitutes an existential threat to all countries in the region. His recently ‘canoodling’ with dictator Putin is a wake up call for all of us.

His 2020 decision to convert the former 1500-year-old Orthodox church into a mosque says a great deal about his insecurities. Contrary to much that has been said about this decision, it was ultimately an internal Turkish matter. In that sense, Erdogan really didn’t do anything that any other good autocrat wouldn’t have done – that is, play to his domestic audience.

That said, he knew very well that it would cause great offence, particularly to his Greek Orthodox neighbours for whom St Sophia is as sacred as Mecca is to Muslims. However, his disdain for the pre-Turkic, and particularly Greek past of his country, and his need to erase it, is much more important to him.

Its politicians aside, Turkey is a beautiful country. Its people are friendly and hospitable. It’s a place where the histories of ancient peoples come together. It’s the birthplace of the Homer, Herodotus, Santa Claus, Onassis and many other, distinguished ancient and modern Greeks.

The hundreds of spectacular Greek temples and cities like Istanbul, Izmir, Ephesus and Halicarnassus, Miletus, Magnesia, Straonicea, Iasos, Parion, Assos, Alexandria Troas and many others attest to millennia of Greek presence and influence in Anatolia. That is why most Greeks genuinely love Turkey.

These reminders must be a source of great distress for a hyper-nationalist president obsessed with the notion of Turko-Islamic exceptionalism. The only way he has been able to circumvent this reality is by telling himself, and his mesmerised countrymen, that none of it is true; that it is all part of a historical conspiracy of pathological and exaggerated Greek aggrandising.

Denial of authenticity and facts have become modern Turkey’s syndrome. And in Turkey the denier par excellence is President Erdoğan himself. A man who has made it his calling to resurrect the greatness of the Ottoman Empire, threatened to send those who ‘offend Islam’ back home in coffins, and has referred to the descendants of systematically slaughtered Anatolian Christians as the ‘remnants of the sword’.

Erdogan is not alone. Former deputy Prime Minister, Devlet Bahçeli, has called Greece ‘a malignant tumour’. In the past ex-Prime Minister Binali Yildrim also made disparaging remarks about the violent displacement of Christians and the pushing of the ‘infidels into the sea’. Erdogan’s spokesperson, Ibrahim Kalin, has questioned whether modern Greeks are really descendants of Aristotle, Plato and Socrates in an attempt to highlight how genetically diluted modern Greeks are.

That Erdogan’s Turkey constitutes a real danger to the stability of one the world’s most volatile regions has been obvious for some time. His recent love affair with war criminal Vladimir Putin has underscored this. It also says a great deal about his allegiances and values. Like Putin he is very adept at making threats to his neighbours. He recently reminded Greece, yet again, ‘not to mess with Turkey’, that Greece should ‘remember its history’ and that Turkey can ‘arrive suddenly one night…’

It is time that the Erdogans and Putins of our world are put back into their box. It is time we collectively told them that we will no longer put up with megalomaniacs who suffer from delusions of grandeur.

Dr Dimitri Gonis is based in Melbourne, Australia