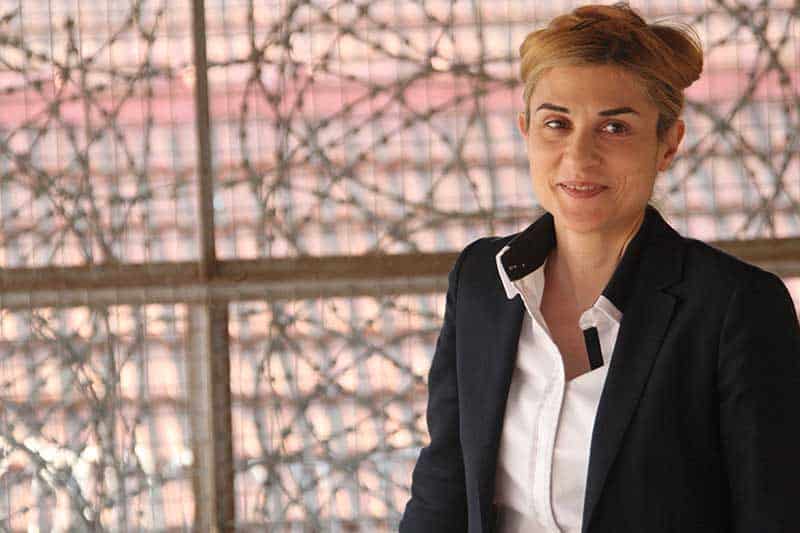 There is a clear attempt to mislead public opinion and undermine the director of the central prison Anna Aristotelous after she reported police corruption, her lawyer said on Monday.

Pambos Ioannides was speaking following a damning statement from the attorney general’s office last week which referred to the management of the Nicosia central prisons as inadequate and ineffective. Later in the day, the prison director herself also denounced the AG’s announcement as an effort to damage her image and work in the department.

The lawyer did not comment on the content of the AG announcement but claimed it was an effort to fragment the directorate of the department. He implied there have been unreasonable delays into the investigation of a complaint filed by the prison director and senior unit officer Athina Demetriou.

The complaint, launched in June concerned corruption allegations made against senior police officer Michalis Katsounotos, who, according to Aristotelous, was colluding with an inmate to secure damaging material of Aristotelous to oust her from the position. The appointed investigator, Achilleas Emilianides completed and submitted his report to the legal service on September 15.

But, two and a half months later, the legal service is still “studying” it, possibly in an effort to find ways not to persecute the officer, Ioannides said in a joint statement with Demetriou’s lawyer, George Triantafyllides.

The two spoke of a war by the legal service against the two women and said the AG’s statement was a “clear attempt to mislead public opinion” over the “inadequate and at least unfortunate” handling of the complaint filed by their clients. They also noted how they called on the AG to publish the conclusion of the findings for transparency purposes.

“The attempt of the Legal Service to ‘cover up’ and ‘silence’ the case is obvious.”

Furthermore, they explain that the adequacy and effectiveness of the measures taken in the central prison is not within the competence of the legal service but are the exclusive concern of the prison administration and the competent justice ministry.

They also criticised Justice Minister Stephie Dracou who terminated the suspension of Katsounotos, saying she has not seen the findings of the investigation against him. “The minister undermines both our own intelligence and that of the ordinary citizen,” the lawyers said.

Meanwhile, a second investigation was also launched right after Aristotelous’ complaint after the courts found that an inmate, serving life for murder, was the ringleader of two attempted murder attacks, having used a mobile phone while in prison to organise crime.

The facility is rife with drugs and criminal activity, attorney-general George Savvides and deputy attorney-general Savvas Angelides said on Friday commenting on the findings of the second investigation.

They also said there is witness intimidation both inside and outside the prison, leading to an “uncontrolled and extremely dangerous situation”.

The AG’s office cited five incidents that connected back to illegal activities within the prisons and called on the management of the prisons to take “drastic and immediate measures”.

Three of those cases, Aristotelous told Cybc, were not submitted before the court. “In two of those, as far as I was informed, there were not even arrests,” the director said without clarifying which ones.

She insisted that the AG and his deputy should have known better than to make accusations and attribute responsibility though an announcement.

The first case mentioned by the AG involved a shooting in February 2020 at an Ayia Napa café in which five members of the public were injured in a murder attempt on local businessman. Another incident was the arson attack on an evidence room at the Limassol court in 2021, which was related to a case involving an inmate at the time who given instructions to his accomplices from the prison.

Also, the AG’s office said that in 2021, a murder had been committed with the coordination of people in prison, where the victim was a key witness in a high-level drugs case. Another man was also murdered, after it was coordinated from within the prisons. The victim was the father of a prosecution witness who had testified and was himself in the witness protection programme.

The last example they gave was of a desecration and vandalism of a woman’s grave, which was also coordinated from the prison. The woman was the mother of another person in the witness protection programme in a drugs case.

In response, the director said on Friday this was another attempt to “eat us alive…by nullifying and levelling all the work we have done in the prisons for the last eight years, which are admittedly among the best prisons in Europe,” she told Politis.

The dispute resurfaced the problematic “double hat” of the attorney-general as a legal adviser of the state and public prosecutor.

Speaking at the House finance committee, auditor general Odysseas Michaelides said while the constitution provides the auditor general has access to all information, the auditor-general can give directions to officials not to give evidence to the audit service. He cited as examples the Cyprus investment programme and the Akamas development project.

Hence, “ultimately, everything is judged by one person,” Michaelides said.

Highlighting the same issue, independent presidential candidate Achilleas Demetriades urged his proposal for a radical reform of the justice system provides for the AG to separate their powers as a legal advisor to the state and public prosecutor. “There is an obvious conflict of interest,” he said, as he criticised the AG and deputy AG for their “unusual institutional action” used to vaguely express concern about the situation in prisons.

“There are reasonable suspicions that they are only seeking to force the prison director to resign,” Demetriades said.

He explained that drug trafficking and mobile phone use within the prison are long-standing issues and called on the government to share the measures it took to tackle them. He also made special mention for AG who used to be justice minister.

In another attack against Savvides, the presidential candidate said the European Commission negatively assessed the effectiveness of the institution competent to prosecute corruption cases, saying “in high-level corruption cases, results are lacking”.