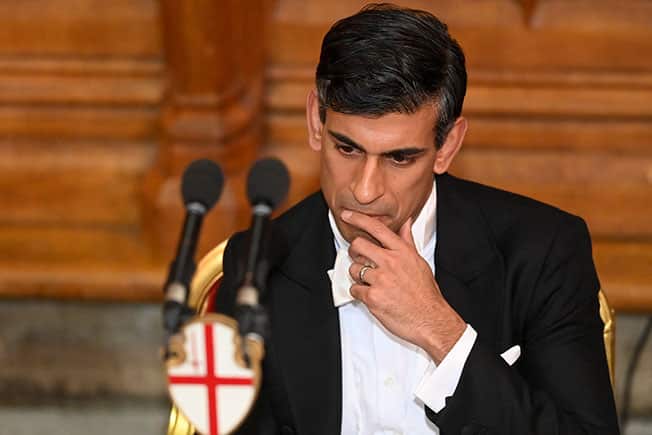 Rishi Sunak became prime minister on October 25, inheriting a divided and fractious party at a time of economic crisis

Britain’s opposition Labour Party secured a resounding victory in a vote for a parliament seat in northwest England on Friday, showing the scale of the challenge facing Prime Minister Rishi Sunak to win a general election in the next two years.

Adding to the gloom for the Conservatives, who are trailing in nationwide polls and seemingly heading for defeat in a national election expected in 2024, one of the governing party’s most experienced frontline politicians, Sajid Javid, said he planned to stand down.

The country’s former Chancellor joins a growing group of Conservative lawmakers who will quit Westminster at the next national election, as the party faces the possibility of being out of power for the first time since 2010.

Polling experts said the scale of the Conservative defeat in the Chester by-election was in line with national polls giving Labour a 20-point lead.

It offered the first electoral judgment since the party embarked on a chaotic bout of infighting, ousting Boris Johnson and Liz Truss as prime minister, the latter after markets took fright at her unfunded fiscal plans.

Sunak became prime minister on Oct. 25, inheriting a divided and fractious party at a time of economic crisis, tasked with tackling soaring inflation and restoring the confidence of financial markets.

Governing parties rarely do well in so-called by-elections, which take place outside the schedule of national elections when a lawmaker leaves their position.

In Chester, Labour candidate Samantha Dixon secured 61% of the vote, compared to 22% for the candidate from the Conservatives. Labour’s outright majority rose to 10,974 from 6,194.

Labour have held the Chester seat since the 2015 national election, when the party scraped through with a majority of just 93 there, the smallest in the country. Chester was held by the Conservatives between 2010 and 2015.

Charles Walker, one of those Conservative lawmakers who will stand down at the next election, said Sunak was doing the right things against a difficult backdrop, but defeat at the next national election was likely unavoidable.

“It’s almost impossible to see us coming back from this,” Walker told Times Radio. “I hope what Rishi Sunak does is make sure Labour doesn’t wipe the floor with us, so that… we form a viable opposition.”

Javid said that the Conservatives had asked lawmakers to confirm their intentions for the next election, to allow the party to prepare.

He played his own role in the year’s drama – resigning as Health Secretary in July, minutes before Sunak quit as finance minister, triggering the unprecedented ministerial rebellion that brought down Johnson.

Javid, who had also served as finance minister under Johnson, then said he would stand to replace him, but withdrew before the contest began. He also stood to replace Theresa May as leader in 2019, and was eliminated midway through the race.

“After much reflection I have decided that I will not be standing again at the next General Election,” Javid said.

A LOT OF WORK TO DO

British polling expert John Curtice said the 13% swing from Conservative to Labour in Chester suggested that Labour would win an outright majority in parliament at the next national election, but noted that local votes were rarely a good guide.

“Rishi Sunak is being reminded by the voters of Chester that he’s got quite a lot of work to do to get his party back in a position where we might consider the prospect of the Conservatives winning the next general election,” he said.

The vote was triggered after Labour lawmaker Christian Matheson resigned. An independent panel said he had breached parliament’s sexual misconduct policy for making “unwanted and unwelcome” advances towards a junior staff member.