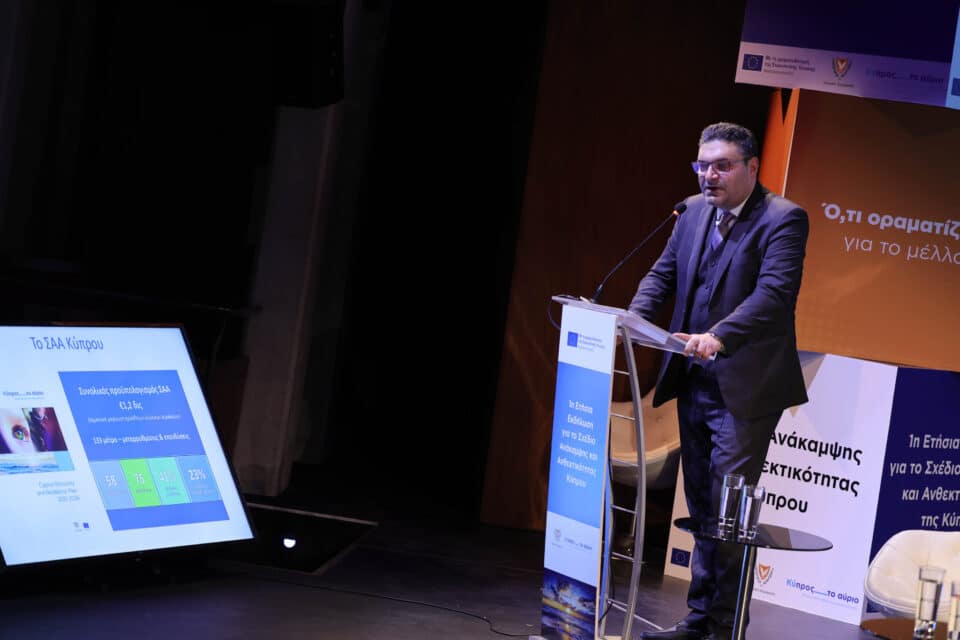 Inflation is a significant challenge for Cyprus’ Recovery and Resilience programme, as it leads to price hikes in construction projects, Finance Minister Constantinos Petrides said on Friday.

Nonetheless, Cyprus received the first tranche of funds amounting to €85 million on Friday, the result of a stressful and challenging process, the minister noted.

There are a total of 271 milestones and goals for five pillars. A total of €74.1m go towards public health, €447.6m towards achieving a green economy, €422.3m for boosting the economy’s resilience and competitiveness, €89.4m for digitisation and €172.9m for employment and training.

Presenting the progress of the plan during a ceremony, Petrides heralded “significant public expenditure and reform across all sectors” including steps towards achieving climate neutrality and having smart and sustainable water management.

Photovoltaics have been installed in around 400 schools while a regulatory framework has been created to open up the electricity market, he said. A total of 41 per cent of funds are directed towards a green transition.

The plan, he added, foresees €1.2 billion in funds and loans but importantly, the private sector chimes in with an additional €1 billion.

Expanding the Covid unit at Famagusta hospital and signing a deal to build a new mental health centre in Cyprus, fall under the programme’s first pillar on having a viable public health system.

Meanwhile, Petrides said there had been significant public expenditure including reforming the public service. For the judicial system, the minister remarked on the legal framework for fighting corruption, such as lobbying and for whistle-blowers. Reforms are also underway in education to boost digitisation and training people over the age of 55 to gain IT skills, he said.

Nonetheless, the reforms will only be effective if they are met with a changing mindset, stemming from the culture we live in, the minister added.

Meanwhile, Interior Minister Nicos Nouris said local authority reform which falls under his remit, is described as the biggest change. It foresees the creation of 20 new entities by merging 30 municipalities with 63 communities which will be more financially viable and autonomous.

“The new municipalities will have improved internal audit mechanism and transparency,” Nouris said.

As a result, citizens will be able to enjoy quality services at a lower cost. In addition to the municipalities, the government is also creating 30 community out of 357 existing ones, which creates a new dynamic in local authority, he added.

“Currently, we are at a transitionary period of implementing this and there is a lot of work happening and more which must be done in the next 17 months, when we need to have the reform completed by June 2024.”