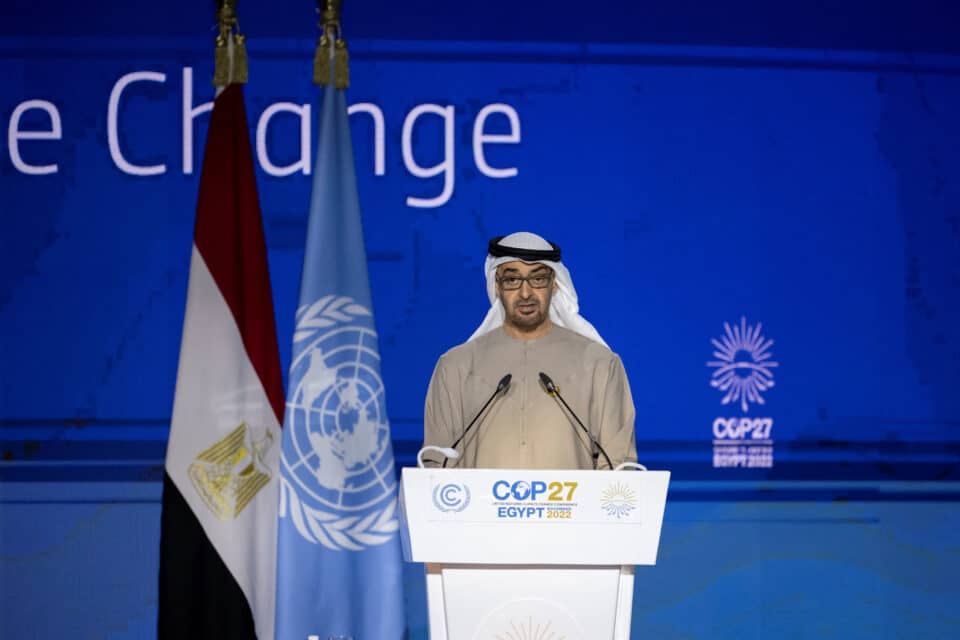 There is no question that the energy crisis has forced governments to reconsider their priorities, with climate change dropping down the list. Energy security is now prioritised and government actions reflect this, even in Europe. That has been reinforced by the final deal reached at COP27. It also explains why COP27 made so little progress on emissions reduction.

There is increasing recognition that the world will still need secure and affordable supplies of oil and gas for a long-time to come. This was confirmed at COP27 by the majority of participating states that did not support phasing-down oil and gas. In fact, the COP27 deal now includes a provision to boost “low-emissions energy”, without defining what this means. This is interpreted it to include natural gas, that has the lowest emissions of all fossil-fuels.

Even the International Monetary Fund (IMF) has now recognised these shifting priorities. In the December issue of its Finance and Development magazine, dedicated to the scramble for energy, it states: “A few years ago, in an era of abundant energy supplies, the world’s focus was on curbing fossil-fuel use to achieve net-zero carbon emissions. Today, priorities have shifted amid supply threats and price increases since Russia’s invasion of Ukraine. The scramble for quick solutions to secure affordable and reliable energy could imperil climate action.” But the IMF also warns that “climate security and energy security must go hand-in-hand.”

This message was also driven home by Lord Browne at the World Energy Capital Assembly (WECA) held in London this week – that I participated-in – who emphasised that “transitions do not happen overnight.”

The world has not yet achieved a satisfactory balance to the energy trilemma: affordability-security-sustainability. Energy transition needs careful planning, otherwise it risks losing public support if it comes at the price of economic disruption. This is especially so in developing countries that are dealing with other urgent priorities like health, poverty, and economic growth. The energy crunch has led to a shift in sentiment to security and affordability.

The most important ‘key performance indicator’ is the amount of investment in energy transition. Current investments come to only about 25 per cent of what is needed. According to a new study by McKinsey, getting to net-zero by 2050 will cost an extra $3.5trillion a year. A UN report warned that without major change the world is heading towards a 3C temperature rise by the end of this century.

There is a clear link between population growth, economic growth and energy needs. With the world population expected to reach 9.7 billion by 2050, from 8 billion now, global energy needs will carry on growing. And with China, India and other developing countries aspiring to improve their living standards, primary energy demand is expected to rise by close to 20 per cent by 2050, based on known policies and trends. Even though most of this growth will be provided by green energy, in real terms fossil-fuel demand will remain close to today’s levels even by 2050. This could of course change if the world takes aggressive measures to reduce dependence on fossil-fuels, but that is still to happen and certainly the current energy and economic crises are delaying such action.

In addition, long-term intermittency is still a problem, making renewables unreliable. Until it is addressed satisfactorily there will be a need for baseload energy, preferably natural gas and not coal, that as a result of the crisis has seen a resurgence.

The WECA conference reconfirmed the view that is gaining widespread acceptance among most governments: that the world needs a pragmatic approach to decarbonisation and energy investment, realising the enduring importance of hydrocarbons up to 2050.

The International Energy Agency (IEA) coined net-zero in 2021 and called a stop in new investments in oil exploration and production (E&P) by 2025. This is now proving to have been a dangerous and premature call, the consequences of which are reduced E&P investments, tight oil and gas supplies and inevitably high prices, with renewables unable to pick-up the shortfall.

Oil and gas company cash-flows rose to $1.4trillion in 2022. But pressure and uncertainty about future demand, given EU and US positions on energy transition, are still limiting investment in new E&P. In 2022 this is about half of the last 12-year average. With global demand up, prices will remain high. The beneficiaries are the National Oil Companies, that, unaffected by climate change activism in the west, carry on investing, picking-up any shortfalls in oil production by the international oil companies.

UAE President Sheikh Mohammed bin Zayed al-Nahyan said the UAE will continue to deliver oil and gas “for as long as the world is in need,” echoed by Saudi Arabia. With the UAE chairing COP28, it does not appear that phasing-down oil and gas will fare any better next year.

The EU continues to send the message that it does not need new gas beyond 2030. That stops new investments, while global demand continues to rise, keeping prices high. The result: the EU becomes uncompetitive. The EU will eventually have to accept long-term contracts. Already Germany has broken rank by signing a 15-year deal to import 2million tonnes/yr LNG from Qatar. Even green Denmark has done a 180° turn and is restarting and hiking-up natural gas production. Energy security trumps decarbonisation, even in Europe.

With most available and new LNG having already been contracted, the EU will have to rely on spot-LNG and inevitably high prices over the next few years, especially as gas shortages become apparent next winter.

The shift of emphasis from energy transition to energy security has just started and the outcome of COP27 is a result of it. Even though the direction to net-zero by 2050 is clear, orderly transition means that oil and gas will have a significant role to play for at least the next two-decades, but it will be challenged and will need to be decarbonised.

The world will need to stand-back and look at carbon-use incentives. It needs proper carbon credits, measurable and verifiable. The European Emissions Trading System (ETS) is a good example that has contributed to the reduction of carbon emissions in the EU.

Over the next 10 years Europe will be substantially disadvantaged relative to the US and China that have access to cheaper energy. Competitiveness of European industry, and especially in Germany, is becoming very challenging. Already European industries are being enticed to the US, attracted by incentives and cheaper gas prices. The irony is that high EU gas prices are in-part due to expensive US LNG imports. Energy affordability will continue to be a problem for a while yet.